Tim Hortons Inc. and Burger King will form the world's third-largest fast-food company after the Oakville, Ont.-based coffee chain agreed to a $12.5-billion merger with the U.S. company.

The companies said both brands will operate independently in the merger led by Brazilian private equity fund 3G.

The companies say that combined they will have $23-billion (U.S.) in system sales, with more than 18,000 restaurants in 100 countries. This will make the new company the third largest in the quick-service restaurant space.

The deal has already been "unanimously approved" by the boards of directors of both Burger King and Tim Hortons. The coffee chain's shareholders will still need to vote to approve the transaction, but Burger King's majority ownership will not require such a vote.

The new company will be led by Burger King's current chief executive Daniel Schwartz. Tim Horton's current CEO Marc Caira, will become vice-chairman and a director of the new group. Mr. Caira will be "focused on overall group strategy and global business development," according to a press release.

"As an independent brand within the new company, this transaction will enable us to move more quickly and efficiently to bring Tim Hortons iconic Canadian brand to a new global customer base," Mr. Caira said in a statement. "At the same time, our customers, employees, franchisees and fellow Canadians can all rest assured that Tim Hortons will still be Tim Hortons following this transaction."

Berkshire Hathaway, Warren Buffett's investment company, will invest $3-billion in the deal but will not participate in the operation of the business, the companies said in a statement.

In the deal, Burger King and Tim Hortons will both be owned by an unnamed Ontario-based parent company, while keeping their respective headquarters in Miami and Oakville, Ont.

The terms of the deal will give Tim Hortons shareholders $65.50 in cash and 0.8025 common shares of the new company for each one of their shares. There will also be an option to receive an all-cash payment of $88.50 or 3.0879 shares in the new company instead.

Burger King shareholders will have their stakes converted into 0.99 of one new company share, as well as 0.01 of a unit of a Ontario limited partnership that will be owned by the parent company.

Alex Behring, one of 3G's five co-founders, will lead the new Burger King and Tim Hortons joined company as executive chairman and director.

The private equity group has arranged $12.5-billion of financing.

The deal is structured as a tax "inversion" for Miami-based Burger King – an increasingly controversial move that aims to allow a U.S. company to transfer its headquarters out of the U.S. in order to pay a lower tax rate.

Such moves have been criticized by U.S. politicians, including President Barack Obama. He condemned companies that pursue such deals as "corporate deserters" last month and has threatened a crackdown. And despite Canada's lower corporate tax rates, both Tim Hortons and Burger King have comparable tax bills now. The potential tax advantages in the deal, experts say, could help reduce the bill for future profits from overseas expansion. Canadian tax treaties, unlike those in the U.S., allow companies to repatriate foreign profits from certain countries tax free.

For Tim Hortons, a partnership with a U.S. burger chain is not a novel concept. The company merged with Wendy's International in 1995, and opened a string outlets in tandem.

Tim Hortons was spun off in 2006, and began trading at $27 on the Toronto Stock Exchange. The shares have risen by 15 per cent since Monday to more than $90, as investors reacted to news the companies were in talks.

Tim Hortons, named for the NHL hockey player who founded the company in1964, has more than 4,500 restaurants, including 3,600 in Canada.

Burger King operates worldwide from its U.S. base, and has about 14,000 locations. 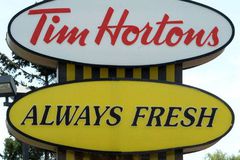 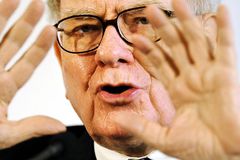