Boeing Co.'s complaint that Bombardier Inc. benefited from unfair government subsidies to develop its C Series airliner is stirring rage in the corridors of power from Parliament Hill to the Palace of Westminster. But it's also producing some unintended consequences, among them potential trouble for pension fund manager Caisse de dépôt et placement du Québec (CDPQ).

Buried in the U.S. Department of Commerce's (DOC) decision memo outlining the reasons for slapping a 220 per cent duty on Bombardier C Series planes last week is a brief discussion of the Caisse's $1.5-billion (U.S.) investment in Bombardier's train business. Commerce put it under the microscope together with other public funding Bombardier received over a 10-year period to the end of 2016.

In order to rule that a financial investment was a subsidy and therefore illegal under U.S. law, Commerce had to find two things, among others: That an investor is a government "authority" under the criteria of the U.S. Tariff Act; and that the investment made by the investor would not have been made by a reasonable private investor.

Commerce found that the Caisse's investment provided no illegal benefit to the plane maker's C Series airliner program because it was made on commercial terms. However, the department did conclude that the Caisse is "a mandatary of the state" or, a government "authority" in the department's terminology.

"Because the CDPQ is a mandatary of the state, its mission includes contributing to Quebec's economic development, and the government appoints and controls the remuneration of its board of directors, we preliminarily find that CDPQ is an 'authority,'" Commerce said in the memo.

That designation could prove problematic for the pension fund manager in future business dealings in the United States, trade experts say.

Critics are blasting Boeing for using U.S. trade laws in a way that were not intended. Some of that concern centres on the unexpected fallout from the plane maker's complaint, such as the potential repercussions for the Caisse as well as for the U.S. aerospace workers employed by Bombardier and its suppliers in West Virginia, Connecticut and elsewhere.

In a formal response to Commerce's preliminary ruling, the Caisse said it "strongly disagrees" with the department's determination that it is a government authority. The pension fund intends to contest the designation and believes that even if Commerce is unwilling to scrap it in a final ruling, it will have no problem proving its current and future investments are done on commercial terms in the event of a future trade challenge.

"[The finding] is based on Commerce's interpretation of the broad criteria of the U.S. Tariff Act, with no consideration for our actual financial and operational independence from the government of Quebec," Caisse spokesman Maxime Chagnon said. "We do not expect any aspect of the DOC's preliminary decision to affect our commercial investments in the U.S. in any way."

U.S. Commerce officials visited Caisse headquarters in Montreal last week for briefings on the Bombardier rail investment. The visit was part of what the department calls "verifications" or audits of the parties involved in the dispute.

Commerce takes a broad view of what constitutes a government "authority" and that view is based on a hard line it has taken on China and Chinese state-owned enterprises in recent years, said one person familiar with the Boeing-Bombardier case. That logic is now being applied to Canada.

The Caisse says it is legally, financially and operationally independent from the Quebec government – independence that is enshrined in law and affirmed yearly by rating agencies. Quebec does not consolidate the Caisse's net assets into its financial statements and does not provide any guaranty or other financial support to the Caisse, the pension fund said in a Sept. 29 filing to Commerce.

Created in 1965 to manage the funds of the Quebec pension plan, the Caisse had assets of $286.5-billion at the end of June this year. It owes fiduciary duties to its clients and the government has no authority to give the Caisse any instructions on investments or otherwise, the pension fund manager says. The Caisse says it did not discuss or consult with Quebec officials about the terms of its investment in Bombardier's rail unit.

Ties between the pension fund and Quebec have historically been more fuzzy. The Caisse's chief executive officer used to be picked by the government until the system was changed in 2004 to selection by a board of directors approved by Quebec. When the Caisse backstopped Quebecor's $5.4-billion takeover of cable operator Vidéotron in 2000, allowing it to outbid Toronto-based Rogers Communications Inc., it is widely believed to have done so with a nod or prod from the Parti Québécois government. Said then-premier Bernard Landry, at the height of the seven-month battle for Vidéotron: "The Caisse cannot act like a lamb when it moves in a forest full of wolves."

Bombardier under fire: How the U.S. targeted the C Series
Subscriber content
September 29, 2017 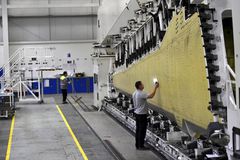 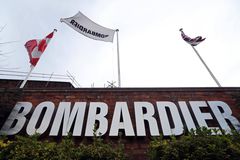 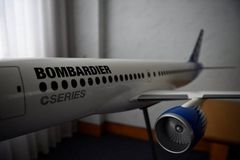