Canada's economy created more jobs than anticipated in August, boosting hopes that the third quarter will return to growth following a technical recession in the first half of the year.

Defying the expectations of economists that Canada would lose 5,000 jobs in August, a net 12,000 were created instead, marking the first consecutive monthly gain since last fall (in July, the economy added 6,600 jobs). The gain is the result of an increase of 54,000 full-time jobs and a drop of 42,000 part-time jobs.

However, the unemployment rate jumped to 7 per cent in August from 6.8 per cent, where it had been for the past six months. According to Statistics Canada researcher Andrew Fields, the cause was a twofold change: employment dropped for the core labour group of 25-54 year olds, while more people 55 or older began looking for work – increasing the size of the labour force – and actually found work. "A lot of this can be attributed to demographic transitioning," Mr. Fields said. "People are getting older and delaying retirement, so that has to be kept into context."

Over all, compared with August, 2014, total employment is up 1.1 per cent, full-time work is up 2.2 per cent, while part-time work declined by 3.6 per cent, numbers that may help ease recent worries that Canada had taken to mostly creating low-quality jobs.

But while the top line numbers are mostly positive, the breakdown still offers a mixed picture, highlighting the continuing uncertainty that has characterized Canada's economy this past year.

Most of the jobs created in August were in the public sector, potentially a result of hiring for the upcoming election, and in sectors such as health care and education.

"That's not a good indicator on the health of the underlying economy," said Avery Shenfield, chief economist at CIBC. "We want to be seeing job creation in the private sector."

The private sector as a whole only saw a modest gain of 6,000 jobs in August, mostly in services. Manufacturing and construction, which are typical signposts for where the economy stands in the business cycle, lost 3,000 and 4,000 jobs, respectively.

The drop in those sectors was unexpected, especially after this week's release of positive trade data in July, where the effects of the low loonie were reflected in strong exports and by extension, manufacturing. "Part of the issue is that the kinds of factories that North America can sustain are ones where there is a lot of automation," Mr. Shenfield said.

Combined with continuing competition from emerging economies, economists agree that manufacturing is unlikely to return as a job generator in the future, with gains in the sector mostly cyclical in nature.

Surprisingly, the August numbers showed job creation in Alberta while Ontario and Quebec, the two largest provincial economies, experienced job losses. But while it might be tempting to draw conclusions, "we've still seen Alberta's jobless rate rising by eight ticks [10ths of a percentage point] over the past year, where Ontario's came down by five ticks," said Robert Kavcic, a senior economist at Bank of Montreal. "Also, if you look below the surface, a good chunk of job growth in Alberta has been public sector employment." Furthermore, both Ontario and Quebec saw rising labour participation rates in August.

With all the caveats and conflicting numbers in the August jobs report, perhaps the most telling indicators are two that typically don't get attention. Total hours worked jumped 0.8 per cent – one of the biggest increases in recent years – while average hourly wages were up 3.4 per cent. "If we can believe the numbers, these are very encouraging results," said Douglas Porter, also a senior economist at BMO. "When you put those two things together, that points to total labour income gains of better than 5 per cent in the past year; it suggests that consumers may have more spending power."

With a Bank of Canada rate decision coming next Wednesday, economists agree the third quarter will show the economy on the upswing, giving the central bank a reason to keep the key interest rate unchanged.

"With the numbers we've gotten recently, starting with June GDP numbers, which were very strong, a pair of solid trade numbers for June and July, strong August numbers for auto sales and home sales, and now the full-time job growth, we're still calling for GDP growth of 2.5 to 3 per cent [for the third quarter]," Mr. Porter said. 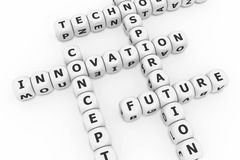