Wenran Jiang is the former special adviser to the Alberta Department of Energy, global fellow at the Woodrow Wilson Centre for International Scholars and organizer of the 11th Canada-China Energy & Environment Forum, to be held in Calgary on Jan. 19.

Speculation is rife that Ottawa is exploring a free-trade agreement with China. Although no dates are set for a Beijing visit by Prime Minister Justin Trudeau, advice abounds from diplomats, prominent academics and business leaders on the importance of a "fresh approach" to China, as Mr. Trudeau himself called it when meeting with Chinese President Xi Jinping during last November's Group of 20 summit.

After a decade of inconsistency and lack of strategic vision by the Conservative government, a reset on China policy is indeed urgent. After all, China is now Canada's second-largest and fastest-growing trading partner. But let's not lose sight of the fact that the United States remains our foreign-policy priority. Formulating a coherent and strategic approach on engagement with our southern neighbour is long overdue. On this front, it is not clear how the Liberals will proceed.

Former prime minister Stephen Harper had a strained relationship with U.S. President Barack Obama, partly due to his stubborn push for approval of the Keystone XL pipeline. So it is understandable that Mr. Trudeau wants to forge a better working relationship with the White House under his new mandate.

The rejection is based on totally false grounds. By industrial standards, Keystone XL was unfairly singled out among many other cross-border pipelines, and the U.S. government had no trouble approving 18,000 kilometres of domestic pipelines while delaying Keystone XL's 1,800-kilometre project.

By environmental standards, Canadian oil is certainly not that "dirty." Venezuela, for example, has much less environmental protection in producing its oil but ranks as the second-largest crude exporter to the United States. If the U.S. government and those vocal opponents really care about the environmental impact of heavy crude extraction, they should stop importing oil from Venezuela and starting importing more from Canada.

Mr. Obama even went on the night-time talk circuit to laugh at Keystone XL, saying Canadian oil was just passing through for export elsewhere. Another falsehood.

How did Canada react? The federal government simply "noticed" Mr. Obama's decision, while Alberta's New Democratic government registered its "disappointment." Instead of outrage and taking the U.S. government to task, Mr. Trudeau and Premier Rachel Notley chose to blame Canadians for not doing enough to satisfy U.S. concerns. We implemented more carbon taxes and more emission regulations, and we eagerly went to Paris to show to the world that we are no longer an environmental pariah, wishing somehow we would be better treated by the United States.

The reality is that Washington's decision to reject Keystone XL is not based on those reasonable concerns about environment or transport safety. TransCanada got it right by suing for the blatant violation of NAFTA rules. The federal government cannot stand on the sidelines, stating it plays no role.

The Keystone XL is more than just an oil pipeline. Yes, it is designed to carry 850,000 barrels of oil a day to the U.S. Gulf Coast, from Canada's most crucial economic sector. More than 99 per cent of our oil is shipped to the United States because we do not have other export choices. So this is also our economic lifeline. Given the 100,000 lost jobs related to the energy sector across the country in the past year, access to a fair and open U.S. energy market for Canadian exports is more crucial today than ever.

To ensure that the United States abides by NAFTA norms and does not discriminate against Canadian businesses is every bit Ottawa's obligation, at both the federal and the provincial level. Mr. Trudeau may extend his "sunny ways" beyond our borders, but behind closed doors and away from the media spotlight, he should look straight into Mr. Obama's eyes and tell him not to mess with Canada's vital national interests. Otherwise, Canada will retaliate – not only through economic means but by reconsidering a range of global issues where U.S. core interests rest on Canadian co-operation.

The bottom line is that if Canada fails to stand up to the United States about respecting existing free-trade rules, how can it properly negotiate a future trade deal with China representing our best interests? Jeffrey Simpson: Why the Energy East pipeline will be a key test for Liberals Subscriber content
January 14, 2016 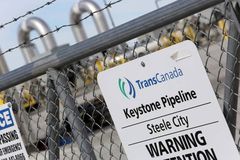