A Canadian company has signed an agreement to outsource its pension plan risk by buying about $500-million of annuities, spotlighting the growing interest in such purchases from companies eager to reduce the volatility of their retirement plans.

The agreement, which is the largest group annuity deal of its kind in Canada, echoes a pattern that is already well established in the United States and Britain, as companies seek to "de-risk" defined-benefit pension plans.

The Canadian deal was revealed Tuesday by consulting firm Towers Watson and involved a client who does not want to be identified. The annuities were purchased from insurer Industrial Alliance Insurance and Financial Services Inc.

It is the second such agreement to be announced in Canada in the past year, following a $150-million annuity deal last June by the Canadian Wheat Board, which transferred the risk in its defined benefit pension plan to a subsidiary of insurer Sun Life Financial Inc.

Towers Watson retirement risk management leader Ian Markham said he anticipates more companies will buy annuities this year to cover their pension obligations now that pension plans are returning closer to fully funded status and can afford the cost of the annuity purchase.

The deals are popular because they remove companies' long-term pension risks and reduce future income volatility, he said. "They are talked about such a lot now that it seems inevitable to me that we're going to see more of these set up."

But Toronto lawyer Mitch Frazer, who advises companies on their pension plans, said he does not think pension buyouts will become a major trend in Canada until interest rates return to higher levels. At current rates, he said, it is still costly to buy annuities to cover an entire pension plan's funding liability. "It's certainly a trend – it's something that clients ask about frequently," he said. "But in terms of the practicality, a lot of them are still kicking the tires right now."

If interest rates were to climb sharply, however, Mr. Frazer said he would recommend the deals to many companies. "Because really, companies are not in the business of running their pension plans, and more mature companies that have been around for a long time have very large plans," he said.

Under a "pension buy-in," an insurer essentially takes over the risk of funding a firm's pension payments by selling the firm annuities with guaranteed payout rates to match the size of the pension obligation. The company still has ultimate responsibility for the pension plan and remains the pension plan's sponsor, and the deal does not affect the level of benefits owed or paid to retirees.

For years, U.S. and British companies have structured deals to shift the risk of their pension obligations to a third-party insurer. General Motors Co., for example, did a $26-billion (U.S.) annuity deal in 2012 to shift the obligation for its pension plan off its books, while Verizon Communications Inc. completed a $7-billion annuity deal for its pension plan in 2012.

Renée Laflamme, vice-president of group savings and retirement at Quebec City-based Industrial Alliance, said she has seen an increased interest in annuities this year, but says pulling the trigger can be a tough decision.

"The difficulty of the pension committee is to decide when is it a good time to de-risk: 'Do I do it today, or do I wait until tomorrow when interest rates go up and my liabilities go down and I have a smaller deficit?' If the deficit is large and a company decides to buy an annuity for the pension plan, well, that money needs to come from somewhere," she said. "And it's usually out of the employer's pocket."

Towers Watson said 2013 was a record-breaking year in Canada for group annuity purchases by companies, suggesting deals may be picking up speed as firms look for ways to shift pension risk off their books.

A total of $2.2-billion in group annuities were sold in Canada last year – including $1.3-billion in the fourth quarter alone – an increase from $1.05-billion in all of 2012. While some of the group annuity purchases were for traditional wind-ups of pension plans as companies shut their doors, Towers Watson said purchases for continuing pension plans hit $1.2-billion in 2013, up from a tiny base in 2012 and 2011.

Brent Simmons, senior managing director of defined benefit solutions at Sun Life, said he anticipates 2014 will be a bigger year for annuity deals than 2013. Canadian annuities are relatively cheaper than those in Britain or U.S., so global organizations looking to de-risk a small portion of their pension obligation may begin with their Canadian subsidiaries, he said. "You're really getting great pricing compared to other geographies." 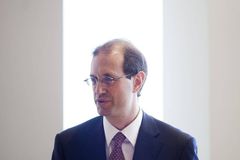 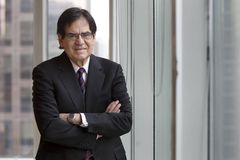 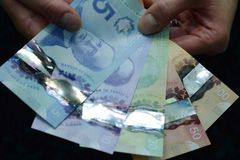