As the U.S. border tightens for both political and bureaucratic reasons, the federal government is launching a new stream of its temporary foreign worker program to entice highly skilled workers to come to Canada.

Both the government and Canadian technology companies are heralding it as an opportunity to accelerate innovation and make the country more globally competitive, in turn spurring economic development to create more jobs for Canadians.

Opinion: It's Canada's moment to lure the world's best and brightest

While Mr. Bains insists the program has been long in the works, it comes as the effects of President Donald Trump's America-first attitude have begun to be felt, and just days after United States Citizenship and Immigration Services said it would soon suspend expedited applications for highly skilled workers for up to six months to catch up with a large backlog.

Mr. Bains said hiring "low-risk," high-skilled foreign workers was a top concern for companies of all sizes that his ministry has spoken with. He did not set a limit on the kinds of positions that could be hired, up to and including C-suite executives, provided that companies demonstrate that hiring through the program will enhance long-term skills development and job creation for Canadians.

The new stream, set to launch June 12, will let participating employers use a new streamlined labour-market impact assessment program that will guide them through the application process in 10 business days, and process worker applications, also in 10 days.

"Our lens is really looking at the local challenges in Canada, looking at companies that want to grow and scale up, companies that are feeling shortages and gaps in skills," he said in an interview Thursday at the Toronto offices of Peraso Technologies Inc., the wireless chip company that hosted the announcement.

The current process to hire skilled workers can take up to a year. "We've lost more people in that process than we've actually hired," said Ron Glibbery, Peraso's chief executive officer. "It takes so long, they find other jobs. We're just thrilled that this new policy is coming into play. … What this program really allows us to do is scale with quality."

Mr. Bains said losing potential talent isn't uncommon. "The speed and scope and change of technology is really fast. The quick processing time really allows companies to be nimble, to keep pace with the change in demand," the minister said.

Axonify Inc. CEO Carol Leaman said the program could help entice more workers to Waterloo, Ont., where her company is based, and in which "the talent pool is only so big" compared to labour demand.

"We need more smart people, period," she said. "And people from other places to bring a different perspective, a different experience – and in that respect, it absolutely helps elevate the game."

A spokesperson for Immigration, Refugees and Citizenship Canada said that details are still being finalized, but that high-wage foreign nationals are typically permitted two years to work in Canada and extensions are available with no maximum duration.

Ben Bergen, executive director of the Council of Canadian Innovators, emceed the event and said that while foreign workers won't fill that entire gap, it's a start. "By expediting the process, we'll be able to keep that talent that is so desirable all over the globe," he said.

The ministers declined to put a number on how many applications they expect to get for the Global Talent stream. "Demand will be generated by companies, not generated by individuals living in other countries," Ms. Hajdu said. 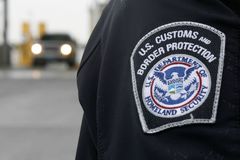