New players are entering the Canadian life and health insurance market as technology and changing consumer behaviour shake up the staid industry.

Two companies are planning to expand into life insurance and other products. League Inc., which provides a network of health services and spending accounts to businesses, will offer life, accidental death and critical illness policies to clients through a partnership with RBC Insurance.

Mark Wilson, global chief executive of Aviva PLC, said his property and casualty-focused Canadian business is also readying to expand into life insurance and other products.

The firm is using new data analysis to get ahead of an industry he says is "in the Stone Age" when it comes to digital technology.

Insurance companies across the country are increasingly using new systems to better cater to choosy consumers, boost underwriting accuracy and increase profits. More than ever before, these typically slow-moving financial firms are investing in startups and journeying to Silicon Valley in an effort to stay ahead of new online insurance sites, mobile apps and data processing services.

League is one such "disruptor," which is now adding insured products to its digital platform where small and mid-sized businesses offer benefit plans to employees – staffers can book and pay for services through the League app. RBC Insurance will underwrite the new insurance products.

Mike Serbinis, founder and CEO of League, says the company is more agile than traditional insurance carriers, many of which have been developing their own apps and digital platforms. He believes that consumers want to shop directly for their health care.

"This central idea that it's about the end consumer being healthier – that person being the customer, as opposed to the broker being the customer – that's a pretty big shift," said Mr. Serbinis, who has also founded other successful tech startups, including e-book reader company Kobo.

The company is essentially licensed as an insurance broker in Ontario, and expects licences in other major Canadian markets within the next couple of months. In the meantime, it can offer coverage through RBC Insurance and its preferred broker network.

RBC's expanded ties to the life and health insurance market come not long after it sold its property and casualty insurance business to Aviva, boosting the international insurer's market share in Canada to 10 per cent.

Now Aviva is preparing to broaden its own range of financial products – including breaking into the life insurance market – to spread risk and take advantage of new tools that better predict customer behaviour and the likelihood of claims.

"We want to extend our customer base," Mr. Wilson said on a recent trip to Toronto. "The [life insurance] market is consolidated, but I see that we can be the disruptor here." The company doesn't anticipate any regulatory hurdles, but would need a licence to sell life insurance policies.

Aviva currently sells insurance for car, home and business risks in Canada, but operates as a composite insurer in its home British market, meaning it also offers life insurance, pension and asset-management products. That model is uncommon in Canada outside of Quebec and some of the banks' offerings; the life and health insurance industry is dominated by heavyweights Sun Life Financial Inc., Manulife Financial Corp. and Great-West Lifeco Inc. The latter two were early investors in League.

From its experience in Britain, Aviva predicts it would gain an underwriting advantage from a broader insurance model. A customer with a pension savings product, car and home insurance with Aviva gives it a more complete picture of risk, allowing it to price premiums better.

The property and casualty insurance industry is experiencing its own disruption.

Home and auto insurer Sonnet officially launched in September after being developed as an insurance startup, although the business is backed by Economical Insurance, a 145-year old mutual insurer based in Waterloo, Ont.

"Every organization that has been around that long is talking about transformation, especially in financial services," said Michael Shostak, chief marketing officer at both Sonnet and Economical, adding that the insurance industry isn't known for good customer service.

About three years ago, executives at Economical began to think about what they would do differently if they were to start the company anew. They landed on an entirely online application process that uses plain language and gives buyers simple controls over their coverage. Sonnet uses its parent's existing claims department, but is otherwise designed to be a separate company.

"We're trying to create a brand in a category where, frankly, the industry has lost touch with consumers," said Mr. Shostak.

Both Economical and Aviva say selling directly to customers on the Internet or by phone not only reaches a new demographic of buyers, but also brings down costs.

"The fact that more customers will go direct [in the future] than do now is inevitable. You can't hold back a tide with your fingers," Mr. Wilson said.

Aviva will be taking on the lifecos as they ramp up their own tech-driven strategies and new ways of ensuring customers. Manulife launched a large advertising campaign last week for their Vitality life insurance product, which keeps in frequent contact with customers by giving them rewards and premium discounts for visiting the gym, getting routine vaccinations, dental checkups and, soon, for eating healthily.

But the heightened competition doesn't seem to faze Mr. Wilson, who joined the company at the start of 2013 to lead a global turnaround and shore up capital levels. The goal is to make Aviva's Canadian business its third largest globally, from fourth largest now.

"Canada's become a really strategic place for us," he said. "And we're investing quite a bit of money here." 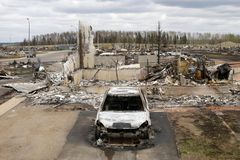 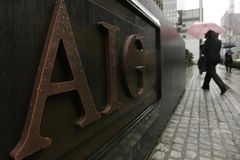 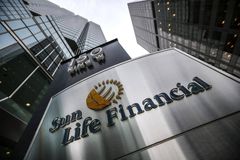