Small may be beautiful, but not when it gets to the point of infatuation.

And now Ottawa is poised to give small businesses a break on employment insurance as well.

At first blush, this all seems like good policy. Small businesses are the backbone of the economy, sustaining nearly half the country's jobs and 30 per cent of GDP. They are your neighbourhood restaurant, the barber shop or salon that cuts your hair and the local farmer. Surely, they deserve special help – to get started, and then to survive in a world dominated by the big.

Unfortunately, our love of the small isn't doing the larger economy any good. It may even be causing harm by creating a perverse disincentive for small companies to grow.

Larger companies, and particularly fast-growing ones, are more competitive, invest more, offer better wages and benefits and are more likely to become exporters. And when they do that, they become job-creation machines.

Governments should want more of them. But our policies are sending exactly the opposite signal: Stay small. Don't grow.

Businesses seem to be getting the message. There is a growing body of research that suggests Canada has a dearth of medium and large companies compared to the United States and most other developed countries. A 2012 study by the Business Development Bank of Canada, for example, found that 527 mid-sized firms (100 to 499 employees) vanished between 2007 and 2010.

Canadian exporters, in particular, were ravaged during the financial crisis. Research by the Bank of Canada found that 9,000 exporters disappeared between 2008 and 2012, and many may never come back.

In a major 2013 report on Canada's lagging productivity performance, Deloitte found that compared to other countries more Canadian startup companies "slow down or simply disappear in part because many of our business leaders are not investing in activities required to sustain growth."

Tax policy isn't the only problem. It may not even be the main problem. But it's clearly a contributor.

Deloitte concluded that lavishing policy support on small business is "unbalanced" because these companies are no more likely to grow rapidly and drive productivity than larger ones. "The result is public policy that potentially focuses on one type of business at the expense of others, while inhibiting productivity," according to the report.

Because small businesses face higher taxes as they grow, companies often choose to remain small, even splitting into multiple entities to avoid the hit. Depending on the province, the small-business tax rate is anywhere from 4 to 13 percentage points lower than the general corporate tax rate.

The threshold to be deemed a small business is annual income of $500,000 in most provinces and at the federal level. The small-business deduction is also clawed back as companies grow their capital base.

All of this creates a tax wall that businesses must climb as they grow. For some, it's seemingly insurmountable. The result is a clustering of companies just below the $500,000 income threshold, suggesting that some business owners are consciously choosing to remain small to avoid paying the higher rate.

So why do governments do it?

In an evaluation of 2013 tax expenditures, the federal Finance department points out that small businesses "play an important role in the economy," and tax breaks help them "retain more of their earnings for investment, expansion and job creation."

And yet Ottawa offers scant evidence the tax breaks are achieving these lofty objectives, any more than doing nothing would.

A reasonable conclusion to draw is that governments love small businesses because they are a seductive block of more than 600,000 voters. 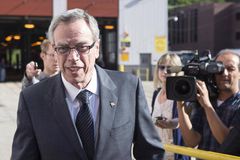 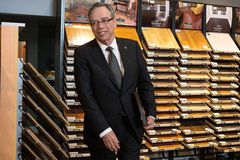 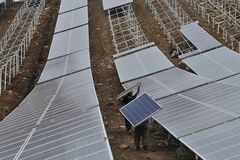