Canada's privacy watchdog says the country's digital-privacy laws can grant citizens the right to force search engines to remove websites with incorrect information about themselves from search results, but it's also calling on Ottawa to further study the rights Canadians have to manage their online reputations.

Such a removal is called "de-indexing." There is no such explicit right to it in the Personal Information Protection and Electronic Documents Act (PIPEDA), the Office of the Privacy Commissioner of Canada says. But in what it calls a "draft policy position" released on Friday, the office said that when combined, two provisions of the act – the obligation of companies to use accurate information and the ability of Canadians to challenge that accuracy – can be interpreted as a right to request information about oneself to be de-indexed.

This interpretation means search engines such as Google "must meet their obligations under the Act" and allow Canadians to challenge the results of searches of their name if they believe it turns up inaccurate, incomplete or out of date information – for instance, if they found defamatory content in a blog post.

Opinion: Why a Canadian right to be forgotten creates more problems than it solves

The paper's release follows consultations that began two years ago and saw submissions from 28 stakeholders. How enforceable the paper's revelations are remains unclear, however, as they swing from specific suggestions for interpreting PIPEDA to asking the federal government to conduct a broad review of online reputation protections. "Elected officials should confirm the right balance between privacy and freedom of expression in our democratic society," the paper says.

Michael Geist, the Canada Research Chair in internet and e-commerce law at the University of Ottawa, says this puts the report's usefulness "on shaky ground." By announcing its reinterpretation of Canadian law, but asking for a parliamentary review, he said, "it's like trying to have your cake and eat it too."

But Privacy Commissioner Daniel Therrien said in an interview that his office is trying to offer Canadians immediate measures to protect their reputations online under current Canadian law, while flagging the issue of competing rights for parliamentarians.

"The right exists under the law as it is, but I recognize that there are legitimate concerns about whether the law has the right balance between privacy and freedom of expression," he said. "And I'm saying: It would be useful for elected officials who are mandated to determine the balance between various rights to examine this."

The office insists it does not intend to replicate the European Union's "right to be forgotten" – the right to demand that search engines delete results that reveal personal information that is "inaccurate, inadequate, irrelevant or excessive" – but rather interpret Canadian law for similar measures. The EU is also months away from enforcing its new General Data Protection Regulation, which aims to harmonize European privacy laws but could change the way privacy controls are viewed around the world through increased territorial scope.

Most of the 28 stakeholders who responded to consultations – including Google Canada, The Globe and Mail and numerous news associations – who brought up the EU "right to be forgotten" argued against adopting it in Canada, with many suggesting it would infringe on freedom-of-expression rights.

While Mr. Therrien admits the new interpretation of Canadian law looks much like the EU's, he said the laws between the jurisdictions frame rights differently. "As a legal matter, in Europe, privacy and freedom of expression are both recognized to have equal weight. In Canada, there's constitutional protection for freedom of expression that obviously will need to be considered."

Google, which found itself at the centre of the EU privacy-versus-expression debate that spurred the "right to be forgotten" rule, declined to comment for this story. But in its submission to the Privacy Commissioner, it argued de-indexing was ineffective and unfair: "Many have likened the European court's ruling to removing the cards from a library card catalog but leaving the books on the shelf. … Decisions to delist URLs can affect users' access to media properties, past decisions by public figures and information about many other topics."

Friday's report also takes a hard stand on protecting young Canadians' reputations, arguing that Parliament should cement rules that "weigh more heavily in favour" of de-indexing or removing content being contested in the case of children or youth. 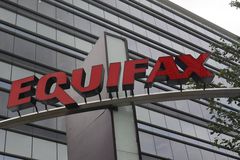 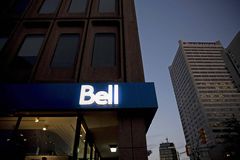 Facebook to hand privacy controls to users ahead of EU law
January 23, 2018
Follow Josh O’Kane on Twitter @joshokane
Report an error Editorial code of conduct
Due to technical reasons, we have temporarily removed commenting from our articles. We hope to have this fixed soon. Thank you for your patience. If you are looking to give feedback on our new site, please send it along to feedback@globeandmail.com. If you want to write a letter to the editor, please forward to letters@globeandmail.com.
Comments are closed