It's a good year to be a Canadian banker.

The country's six biggest lenders set aside $14.3-billion for variable compensation – up 11 per cent from 2016 – as a record year in trading and investment banking swelled bonus pools. That's the biggest jump since 2014 and stands in contrast to last year, when a 3.4 per cent increase was the lowest since 2010.

"The banks have done well," said Bill Vlaad, president of Vlaad & Co., a Bay Street recruitment firm that monitors compensation trends. "But just because they had one good year doesn't mean they're going to give it all away."

National Bank of Canada and Royal Bank of Canada had the biggest increase in performance-based pay from the year earlier, while Bank of Nova Scotia had the smallest, according to disclosures. Variable compensation reflects the amount reserved, not paid out, and doesn't include base salaries or other compensation.

The nation's lenders pay bonuses based on performance, with a lion's share going to capital-markets employees including investment bankers, traders and analysts. Bonuses are typically distributed this month.

Canada's banks set new benchmarks in their securities operations in the fiscal year ended Oct. 31, helping the group reach a record $25.2-billion revenue from capital markets. The six lenders collectively had $5.12-billion in investment-banking fees, up 9.9 per cent from last year. Revenue from trading also soared to a new peak of $11.1-billion, a 1.8 per cent increase.

Bankers worked hard at strengthening their domestic and cross-border businesses in the last year, and it's paying off, Vlaad said. Still, banks are being conservative in payouts this year to "keep the powder dry" for what they anticipate may be a challenging 2018, he said.

Traders will probably see downward pressure on compensation this year and that trend should extend into 2018, Vlaad said. Those in fixed income, who had "a really good run" in the last couple years, will get smaller bonuses than before, and that may continue next year. Analysts also face pressure on pay and a tougher year ahead as compliance costs and regulatory changes erode research revenues. Investment bankers fared better in 2017, though they shouldn't anticipate huge increases.

"It has been a good year generally for investment bankers," Vlaad said. "The last couple years has been challenging so it's nice to get a reprieve, a little bit of a breather."

Royal Bank, which has the biggest capital-markets operations among Canadian lenders, set aside $5.2-billion for variable compensation, up 14 per cent from a year ago. Bonuses rose 1.1 per cent in 2016.

"We definitely had a strong performance across all of our businesses," Chief Financial Officer Rod Bolger said in a Nov. 29 phone interview. "We would expect compensation to be higher for most individuals, linked to their individual contributions as well as their team performance."

Toronto-Dominion Bank, the country's largest, earmarked $2.45-billion for incentive compensation, up 13 per cent and more than double the percentage increase in 2016.

"It's been a very strong year, as is obvious from the results, so I'd expect variable compensation would reflect the performance of the bank overall," CFO Riaz Ahmed said in a Nov. 30 phone interview.

The lender also added more employees, particularly in the U.S., which is reflected in the increase, Ahmed said. Toronto-Dominion, which has the biggest workforce of the Canadian banks, had a 2.3 per cent increase in its ranks to 83,160 employees from last year.

Scotiabank, the third-largest lender, said performance-based compensation rose 4 per cent to $1.6-billion. That compares with a 7 per cent increase in 2016.

"Our business performance in 2017 was generally stronger relative to the various financial and non-financial targets upon which our incentive pools are based," spokesman Rick Roth said in an emailed statement.

Canadian Imperial Bank of Commerce lifted its performance-based pay 10 per cent to $1.75-billion. The Toronto-based firm raised it 0.8 per cent in 2016.

"It was a high performance year so I think you would expect a bit of an increase," CFO Kevin Glass said in a Nov. 30 phone interview, adding that acquisitions of new businesses also lifted the amount.

Bank of Montreal lifted its bonus pool 4.7 per cent to $2.39-billion for 2017. Last year, the lender had the biggest jump among Canadian banks at 8.4 per cent increase.

"We have a pay-for-performance philosophy and we look to pay at a competitive level," CFO Tom Flynn said Tuesday.

National Bank, whose annual profit increase topped all Canadian lenders in 2017, reserved $915-million for variable compensation, a 17 per cent increase. That reversed a 3.3 per cent decline in 2016.

"National Bank had a good year," Marie-Pierre Jodoin, a spokeswoman for the Montreal-based firm, said in an emailed statement. "Bonuses should reflect that." 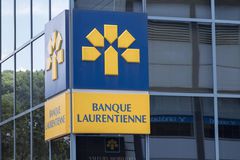 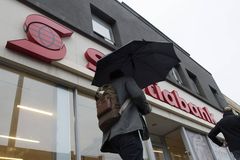