Canada's big banks are taking a hard look at their expenses in response to an uncertain economy, shifting consumer preferences and rising competitive threats in what could be a prolonged adjustment to a new era.

Cost-cutting announcements have become standard, driven by new chief executive officers who can make tough decisions early in their tenures.

Canadian Imperial Bank of Commerce said last week that it would carve out $600-million in costs by 2018, although much of the savings would be invested in other areas. Bank of Nova Scotia said last month it will raise its cost-cutting goals for its Canadian operations, after 1,500 bank-wide job cuts in 2014. Toronto-Dominion Bank took a $337-million charge in the second quarter largely related to cost-cutting.

Earlier this month, National Bank of Canada announced its restructuring would affect a few hundred jobs, largely in branches.

This is not just a Canadian issue. McKinsey & Co., the consultancy, noted in its recently released annual banking review that "cost-cutting is about the only cylinder still firing in the profit engine."

To be sure, it is difficult to see signs of suffering at Canadian banks. Profitability is strong, dividends are rising and capital cushions exceed regulatory requirements.

But beneath the surface, trouble is brewing. Canadian consumers could be tapped out after an extraordinary couple of decades during which they racked up big debts, sending the average debt-to-disposable income level from 85 per cent to nearly 165 per cent.

"I would call that the golden age of Canadian personal and commercial banking, producing double-digit revenue growth for the banks," said Peter Routledge, an analyst at National Bank Financial.

Now, though, borrowing is already at an all-time high and low interest rates have compressed the banks' margins on loans.

"That's a big revenue headwind and it means that the businesses aren't growth models any more," Mr. Routledge said. "So the banks are starting to reset their cost structure to fit a mature, slower-growing business."

At the same time, consumers are turning away from traditional branches for their day-to-day needs, and new players are eager to grab a piece of the banking sector with online loans, robo-advisory services and mobile payments technology, pushing the banks to make huge technology investments of their own.

"You don't want to be up against the great and powerful Apple, but that's coming," said Terry Shaunessy, a portfolio manager at Shaunessy Investment Counsel and a former bank analyst at Merrill Lynch. "You're going to have competition from guys you can't control now."

"On a net basis, there might not be too many job losses," he said. "But I think there is going to be a disruption there, where the banks are going to have to let some people go to hire other people with very different skills."

Observers believe it is hard to predict how long this era of cost-cutting will persist and how deep the cuts will get.

That is because a lot depends upon the health of the Canadian economy and how consumers respond. Mr. Routledge said the cost-cutting has been modest so far, as the banks simply try to keep expenses aligned with weaker revenue growth.

"In that situation, it would not surprise me if the banks did another round or two of more stringent cost-cutting, in which case, you might see scale taken out of the business," Mr. Routledge said, pointing to the possibility of cutbacks in marketing, branches or even technology under a particularly gloomy case.

For now, though, the banks are looking at things quarter-by-quarter in an uncertain environment, and focusing on costs as one of the few things within their control.

"The cycle is probably going against them here, so they might as well try to get the costs down that they can get down," Mr. Shaunessy said. "And, hey, if they're wrong, their profits will be even better." 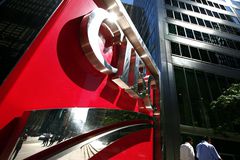 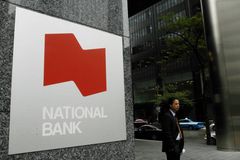