Canadian energy companies have entered a battle over the U.S. electricity market in which natural gas, hydroelectric and renewable-energy providers are opposing Trump administration efforts to favour coal-fired and nuclear generators with premium payments for "reliability."

That's because those generating stations provide base-load power and maintain a 90-day source of fuel on site, unlike those providing electricity from other sources.

This week, recently installed FERC chairman Kevin McIntyre wrote to Mr. Perry, requesting a 30-day extension to consider the proposal, extending a process that was supposed to conclude on Friday.

The energy commission – which can accept or reject the administration's proposal – has received more than 1,500 submissions on it.

Those include comments challenging the rule from Calgary-based Enbridge Inc., which delivers nearly a quarter of all natural gas delivered in the United States, and from the Canadian Electricity Association, which represents major power generators across the country, many of which export electricity to their southern neighbours.

Mr. Perry's request to FERC is part of a broader initiative by President Donald Trump to resuscitate the U.S. coal industry, which has been in decline under the twin pressure of climate-change concerns and competition from low-cost natural gas.

Mr. Trump has also ordered the reversal of the clean-energy plan initiated by his predecessor Barack Obama, which would have set greenhouse gas emissions standards for state power systems, putting more pressure on utilities to retire their coal-fired plants ahead of schedule.

The FERC process has created strange bedfellows as the American Petroleum Institute teams up with the American Council on Renewable Energy to oppose the proposed rules favouring coal and nuclear generation.

In a submission to FERC, Enbridge argued natural gas-powered generation is equally effective in supporting the resilience of the power system.

"The proposed rule offers an unreasonable 'solution' that would not fix the problem," Enbridge said in its submission. "By arbitrarily favouring coal-fired and nuclear generators … over generators using other reliable fuel sources, the proposed rule would undermine competitive electric markets."

The Canadian Electricity Association urged FERC to have a full review. The association argued the U.S. regulator should consider imports from Canada as a key component of grid reliability, noting hydroelectricity from Canada is used to backstop intermittent sources, such as wind power. Public- and investor-owned companies, such as Manitoba Hydro, Hydro-Québec, Emera Inc. and Fortis Inc. have made – or are proposing – multibillion-dollar investments to bring Canadian power to U.S. markets.

The Department of Energy's proposals to FERC could distort the market by making it less efficient and drive up consumer costs, Canadian Electricity Association chief executive officer Sergio Marchi said on Friday.

"Notwithstanding that [the proposed rule] will extend the life of some coal and nuclear assets, it is our belief that exports of Canadian electricity will continued to increase in the years ahead, driven by strong regional demand for affordable, reliable, clean power," Mr. Marchi said in an e-mailed statement.

Coal and nuclear power generators say they have a tough time competing against new sources of power that provide no reliability to the grid and often benefit from state renewable mandates or subsidies.

About 80 per cent of the 18 gigawatts of electricity capacity that was shut down in 2015 was coal-fired power, the Department of Energy said in a report that backed up Mr. Perry's proposal. And another 12.7 gigawatts of coal generation is expected to be retired by 2020.

FirstEnergy Corp. of Ohio has unsuccessfully pressed its state Public Utilities Commission for special payments to save its two nuclear plants. FirstEnergy also has a number of coal-fired plants. The coal is supplied by Murray Energy Corp., a mining company owned by Bob Murray, a backer of Mr. Trump.

In its submission to FERC, FirstEnergy said the administration's proposal is aimed at "preserving generation assets with resiliency attributes … before they are lost forever, so that the grid stays reliable and resilient in the future."

Resources for the Future, a Washington think tank, estimated the proposed rules would prevent the retirement of 25 gigawatts of coal-fired power and 20 gigawatts of nuclear between 2020 and 2045. It would cost American s $72-billion (U.S.) between now and 2045, while generating companies would reap $28-billion in benefits. 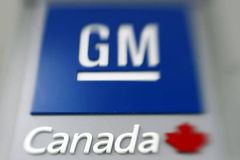 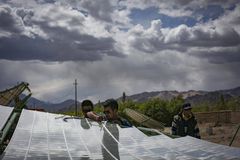