Canadian executives across a wide range of industries broadly support a new plan to boost the economy over the long term, although they are cautious about the proposals and say business needs to be consulted on implementation.

On Thursday, the federal government's expert panel released its first three recommendations for ways to add some momentum to the economy. It called for a national infrastructure bank, a more co-ordinated effort to attract foreign investment, and a dramatic increase in immigration. Finance Minister Bill Morneau said he may put some of the ideas in place as early as Nov. 1, when he will release the government's fall economic update.

Steve Letwin, chief executive officer of gold miner Iamgold Corp., said the options the panel has put forward could support the long-term health of the Canadian economy if they are implemented correctly. But, he said, "it will be important to involve industry in their design. Close co-ordination is necessary to ensure those plans are tailored effectively. Without it, the risk of a misstep is high."

Guy Nelson, CEO of Empire Industries Ltd., an engineering firm based in Winnipeg, said he is enthusiastic about the proposal to smooth the flow of foreign investment in Canada, but it needs to be focused on areas where there is economic leverage. "If they are just going to help us build some roads [it won't work] … I think we should be spending more time on science and technology."

As for boosting immigration, it is clear that Canada's economy would benefit from a larger population, Mr. Nelson said. "Thirty-five million people doesn't do much. We need that net inflow."

Over all, Mr. Nelson said all these efforts to boost the economy are worthwhile, but it will take more just to overcome the damage done by the decline in oil markets. "The wind that has been taken out of the construction market in Alberta is so massive, that no amount of tinkering [will do more than] playing around at the fringes."

Kent Brown, co-founder and director of BluEarth Renewables Inc., a Calgary-based developer of green energy projects, took issue with the panel's view that it is difficult to attract infrastructure investment in Canada because the projects here are small.

One crucial way to promote growth, he said, is to diversify the economy away from our traditional resource-based investments. "Yes, those will continue to be important, but we have too much of our economy focused on this area, so are subject to the large ups and downs of commodity price swings. In the long term, as the world decarbonizes, we risk the future of our country."

Economist Matthew Stewart, associate director at the Conference Board of Canada, said his research shows that increasing immigration will offset some of the costs from an aging population, but it won't have much of an impact on overall economic growth. To really affect GDP, increases in immigration would have to move "beyond what is reasonable," he said.

As for the national infrastructure bank, Mr. Stewart said research shows that boosting investment in this area can indeed improve the economy. There are dual benefits, he said, in that the money circulates in the economy while improved infrastructure actually boosts corporate productivity.

Bank of Montreal chief economist Douglas Porter said he was skeptical of the potential impact of the foreign investment recommendations.

"We have had a fairly significant effort for years to attract foreign investment both at the federal and provincial level," he said. "It doesn't hurt to keep trying, and maybe modify the way we do things. But foreign investment is driven by many factors, and it is not going to be significantly altered by Canada basically changing the way we present ourselves to the rest of the world." 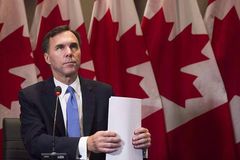