While Canadian consumers are bombarded with new, tech-savvy methods of banking, a sizable portion of the global population remains outside the purview of the financial services industry.

Referred to as the unbanked, these people do all of their transactions in person with cash, adding unnecessary tedium to their lives. They lack the tools needed to save or invest their money and the ability to secure loans to grow their businesses.

"I think a lot of people would be surprised to know how many people in the world don't have access to these tools," Sarah Stockdale, the head of university growth strategy for global crowdfunding company Tilt, said.

"Some people talk about financial inclusion as an aspect of human rights."

While most of the unbanked people are outside of Canada, a number of Canadian companies and entrepreneurs are trying to tackle this issue by providing low-cost digital banking services to disadvantaged and low-income people around the world.

There are two billion unbanked adults globally, according to the World Bank, which says that having access to financial services can serve as a bridge out of poverty.

"If you have to take time off work to go stand in line and pay your electricity bill and you have to do that every month or every week, that's going to significantly reduce your ability to earn wages for your family," senior mobile analyst at global money transfer service WorldRemit Alix Murphy said. "And when you think about that on an aggregate scale for an entire economy, that's a lot of productive time lost in making cash-based transactions."

People without bank accounts often resort to storing their savings in a box under their bed or burying their cash underground, Ms. Murphy adds. Others will purchase livestock and use that as a store of value.

"But all of that is very vulnerable," she said. "There could be an ecological disaster like a flood or a tsunami, but also just theft. It's very easy for anyone to just run into your house and grab it."

One collaboration between Toronto-based Cambridge Global Payments and an American startup aims to help unbanked people around the world access affordable financial services through a mobile app. The app, offered through California-based upstart Meed, will provide a suite of banking services including savings accounts, lines of credit and debit cards to people in markets such as Mexico and Vietnam.

"It's not just good social engineering – it's good business for us as well," says Mark Frey, Cambridge's chief operating officer.

"In working in more than 200 countries in the world and being able to send payments in more than 170 different currencies, we understand the inherent difficulty of reaching some of these markets where the financial network isn't as well developed."

Another way in which financial technology upstarts, such as WorldRemit and Toronto-based payments company Curexe, are targeting the unbanked is by offering lower-cost alternatives to money transfer services such as Western Union and MoneyGram.

"We saw a need in the market for individuals and businesses to send money much easier and for a cheaper cost," says Jonathan Holland, whose payments company Curexe operates out of Ryerson University's startup incubator, the DMZ.

"Anybody with a flip phone that has an internet connection can now use a technology like Bitcoin to send value globally, instantly, for free, and not have to be on-boarded or have to gain permission to enter the system," he said. 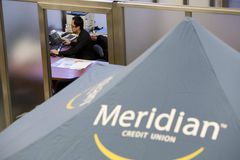 TD seeks to adapt marketing for the digital banking age Subscriber content
September 19, 2016
CIBC strikes partnership with online lender Borrowell Subscriber content
October 26, 2016
Report an error
Due to technical reasons, we have temporarily removed commenting from our articles. We hope to have this fixed soon. Thank you for your patience. If you are looking to give feedback on our new site, please send it along to feedback@globeandmail.com. If you want to write a letter to the editor, please forward to letters@globeandmail.com.
Comments