Quebec lawmakers and business leaders are cranking up pressure on the Canadian government to help Bombardier Inc. as the struggling plane maker lays plans to refresh its board of directors in the weeks ahead.

"This government's silence concerning aid to Bombardier has lasted long enough," New Democratic MP Alexandre Boulerice, who represents a Montreal riding, said in the House of Commons on Thursday, echoing similar views heard in Quebec City and Montreal. "When will they understand that thousands of good jobs are in play?"

"All of Montreal's business community urges the Government of Canada to show economic leadership and provide, right now, financial aid to Bombardier of $1-billion (U.S.)," Montreal's Board of Trade said in a statement, adding it's in the interest of the entire country to see the company bring to term its C Series airliner – one of the most ambitious industrial projects in recent history.

The comments came as Bombardier tries to parlay a key order for the single-aisle plane into more sales. The order, announced on Wednesday, saw Air Canada sign a letter of intent for as many as 75 C Series planes. Quebec and Ottawa both assisted as the provincial government agreed to drop a lawsuit against Air Canada in return for C Series heavy-maintenance work and the federal government pledged to ease legislation governing the airline.

Some analysts saw Air Canada's order as a clear positive after a long sales drought. "We believe this order is a potential game changer for the C Series program as it represents a stamp of approval from a marquee customer, which could likely spark further orders from other major North American carriers," Desjardins Securities analyst Benoit Poirier said.

Others had a more pessimistic take, noting that the behind-the-scenes manoeuvring was further evidence Bombardier needs the intervention of governments to survive. "It looks like the kind of government-orchestrated economy that we used to associate with emerging markets before the IMF stepped in and offered adult supervision," Teal Group's Richard Aboulafia said. He said the deal could be subject to challenge under World Trade Organization rules.

Sources have said that Bombardier is seeking a $1-billion equity investment from the Canadian government into its C Series program as a way to share profit and risk between partners. Quebec, where Bombardier employs about 17,000 people currently, has already pledged to invest that amount.

While Bombardier doesn't strictly need federal money at the moment – it has access to $6.5-billion in liquidity and expects to burn about $1-billion in cash this year – Ottawa's involvement would provide a strong endorsement of the C Series while giving the company more flexibility on pricing and production, Bombardier management has said.

"In a scenario where the company has to navigate through a significant economic downturn some time in the next three years, there is limited headroom," especially as portions of its $9-billion debt start to come due in 2018, Mr. Chamoun said. "We believe the potential federal funding is essential to improve the risk profile and visibility into this potentially promising turnaround story."

Many senior Bay Street executives continue to insist privately that Ottawa must demand changes to Bombardier's corporate governance as a condition for offering aid. The argument is that the company's dual-class share structure, which gives the founding Bombardier-Beaudoin family control of the plane maker through a special class of supervoting shares, has entrenched bad management and strategy over the years.

Bombardier has shown it is not deaf to those concerns, giving the Caisse de dépôt et placement du Québec a say in the nomination of new independent directors as part of its investment in Bombardier's train business. But critics say a governance transformation should cut much deeper.

Bombardier will soon confirm steps to overhaul its board, although changes in the near term will be modest in scope, according to sources familiar with the plans.

Among the changes, long-time independent directors Daniel Johnson and Denis Desautels will leave the board after tenures spanning more than a decade each, one source said. They'll be replaced by two experienced directors from outside Quebec, the source said. Their names weren't immediately known.

"They want big guns," the source said of Bombardier's hunt for directors. "[They] don't have the choice. They need to raise the level of the board" to match or exceed what they already have.

Bombardier currently has 14 directors on its board, including eight who are independent. Five directors are tied to the company's founding family and there could also be a passing-of-the-torch on that front involving two directors, although family members are said to be still working out the details among themselves. The family would retain its five seats.

Mr. Johnson, 71, a former premier of Quebec, is leaving to chair Bombardier's C Series aircraft joint venture with the Quebec government, according to one source. Mr. Desautels, 72, a former auditor-general of Canada, has reached the age whereby Bombardier directors have to submit their resignations under the company's retirement-age policy. 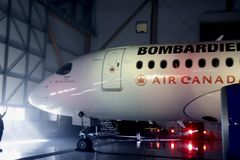 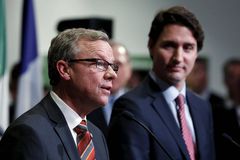 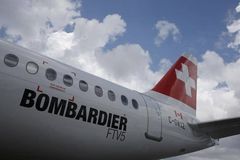 Bombardier asking for help? We’ve been on this flight before
Subscriber content
February 17, 2016

Why reward Bombardier families after their epic management sins?
February 17, 2016 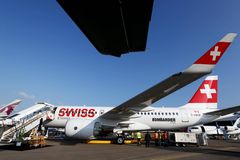 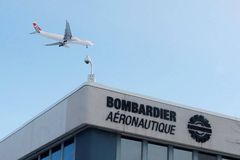