Canada's pension funds, money managers and corporations went on an overseas buying spree in 2015 to acquire a record-setting $205-billion in foreign assets, driving the country's deal total to an eight-year high.

In all, there were $281-billion worth of mergers and acquisitions involving Canadian firms through Dec. 30, up 34 per cent from a year ago, according to data compiled by Bloomberg. It was the second-highest total on record behind 2007, when Canadians were involved in $315-billion worth of transactions, the data show. The figures and rankings are based on announced date and subject to change as more deals are recorded.

The size of the deals involving Canadian firms were also uncharacteristically large last year with the four biggest deals worth in excess of $10-billion for the first time since 2006, according to the data.

The volume of foreign acquisitions by Canadian firms almost tripled in 2015 from last year, to a record $205-billion. That's almost double the previous peak of $112-billion in 2007.

"Our central thesis has been to bring Canada to the world and the world to Canada and that remains intact. The pension funds are clearly a dominant factor here," said Bruce Rothney, chief executive officer of Barclays Plc in Canada.

Canada Pension Plan Investment Board led the charge for outbound acquisitions – the country's largest pension fund was involved in roughly $60.4-billion worth of deals last year, the data shows. That included its largest solo acquisition to date, when it agreed to buy General Electric Co.'s U.S. leveraged loan business from GE Capital in June in a deal valued at $12-billion.

The weak Canadian dollar has had little impact on cooling the market for outbound investment because the Canadian firms are essentially buying foreign revenues and, in the case of the pension funds, they have long-term horizons, Rothney said.

JPMorgan Chase & Co. was the top financial adviser in 2015, advising on a record $124-billion of transactions involving Canadian firms for any one adviser, the data compiled by Bloomberg show. It was followed by Bank of America Corp.'s Merrill Lynch, Morgan Stanley, Royal Bank of Canada and Goldman Sachs Group Inc. nearly tied for fourth, and Barclays in fifth place.

David Rawlings, Canada senior country officer for JPMorgan, said the big international banks benefited from the push by Canadian pension funds and corporations to diversify geographically. JPMorgan often found itself advising the Canadians on their global ambitions or advising their targets, he said.

"We score well because we worked on both sides of the border," he said in an interview. "We're really well covered on the bigger ones."

JPMorgan's list includes two of the year's most contentious transactions. The investment bank is an adviser to Suncor Energy Inc. on its C$4.4-billion ($3.2-billion) hostile takeover of Canadian Oil Sands Ltd. Canadian Oil Sands' shareholders have until Jan. 8 to tender their shares.

If the railroad deal goes through, it would be the largest of the year involving a Canadian company or firm.

Rawlings would not comment on either situation. But he said he would expect there might be more opportunistic buying in 2016, especially in the energy sector where sinking oil prices are hammering producers' shares.

"You generally start from the place where you want to do a friendly transaction," he said. "But as companies become more confident and more opportunistic, you're likely to see an increase in that type of activity."

Dougal Macdonald, Morgan Stanley Canada president, said we may expect to see more large deals in 2016, especially when it comes to the pension funds. He noted that many of the larger transactions in 2015 were the result of unique circumstances, including the one-time selloff of more than $100-billion worth of GE Capital assets. That process attracted several Canadian buyers, including Canada Pension, Element Financial Corp. and the Bank of Montreal.

"We continue to be in a low-growth environment and so M&A is a tool that companies are using to enhance growth," he said. "We would expect to continue to see large deals amongst the pension funds. But it will be very business-dependent because the leveraged-financed markets at this point are a little bit more discerning."

The credit markets may become more accommodating in early 2016, although that is unclear at this point, he said. The volatility in the equity markets may also see some would-be initial public offerings become takeover targets instead and helping to fuel M&A growth, he added.

Another key driver for M&A growth in 2016 could be the oil and gas or mining industries. The decline in commodity prices has ratcheted up the pressure for companies to sell assets or explore an outright sale in the coming year.

"If it's better, it'll be because there's more activity in the natural resource sector," said Dan Mida, head of Canadian corporate and investment banking at Bank of America Merrill Lynch.

"It's the age-old conundrum. This is the time you should be buying as an acquirer, and in theory, we should see more deals. But it's a dynamic where the confidence isn't entirely there and potential acquirers feel the need to focus on their own house," he added.

The natural resources sector typically makes up at least 40 per cent of M&A activity in Canada, he said. In 2015, mining and oil and gas deals contributed about 12 per cent to the total value of transactions involving Canadian firms. The value of oil and gas deals fell 67 per cent year over year in 2015.

Peter Buzzi, co-head of M&A at the Royal Bank of Canada, said many will be watching whether the resources sector, in particular mining, picks up again. Plenty of private equity players are looking at companies in resources, he said.

The country's mining sector has trailed the wider market in 2015. The S&P/TSX Composite Materials Sector Index fell 23 per cent this year, compared to Canada's benchmark equities index, which is down 11 per cent.

"People have been predicting for several years here that it's going to pick up. All I can tell you is there is a lot of money looking for a home and there's a lot of smart people looking for opportunities. That usually eventually means something is going to happen," he said.

The problem is buyers want to acquire at prices sellers are still unwilling to divest at. At the same time, the buyers have been hit hard too, limiting their buying power, he said.

"What that means is if the seller doesn't want to transact, the only way you can buy it is to go hostile," said Buzzi. "Will we see more of that? Maybe. It really takes a somewhat unique circumstance."

Peter Enns, Goldman Sachs's Canadian CEO, said there has been an increase in consumer, healthcare and industrial activity and he would expect that to continue into next year. The weak loonie may also draw buyers to Canada, he said.

"We are expecting an increase in inbound activity targeting Canadian companies with good export franchises as buyers see more value in them given the decline in the Canadian dollar," he said in an e-mail. 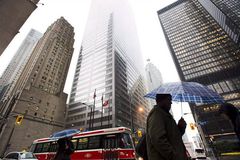 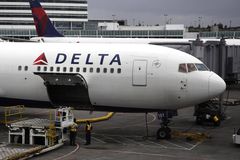 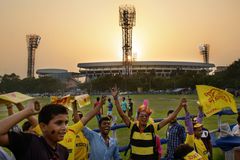 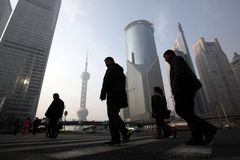 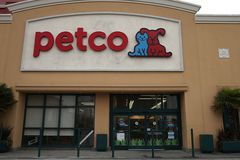 CPPIB hangs out its banner in Mumbai
Subscriber content
October 27, 2015 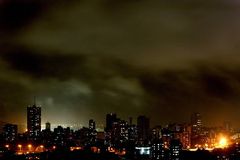