Call it a boot camp for Canadian retail suppliers.

On a grey winter morning, dozens of vendors headed to a hotel on the outskirts of Toronto to learn the hard facts about dealing with U.S. discount titan Target Corp.

They saw charts and graphs showing how the retailer can dominate product categories, making it critical for suppliers to nab a piece of its business in time for its Canadian launch in early 2013. They received dire warnings about how tough Target can be in negotiating for the best products at the lowest cost.

"They treat everybody badly," David Marcotte, senior vice-president at consultancy Kantar Retail in Cambridge, Mass., told the group jokingly as he described the retailer's painstaking purchasing process. "They're very even about that."

But Mr. Marcotte's presentation was no joking matter. Target's arrival next year will be the biggest change to hit the Canadian retailing scene since Wal-Mart Stores Inc. set up shop in this country in 1994. Nearly everyone connected with the retailing industry is rushing to prepare. A cottage industry has sprung up in teaching Canadians about Target – and vice versa.

Consultants are charging as much as $1,000 a day to instruct retailers and their suppliers on how to brace for Target's impact. Meanwhile, the U.S. chain has Canadian advisers to brief it on matters ranging from store design to the possible impact of higher municipal taxes that could result if its stores' presence boosts property values.

The ripple effect of Target's entry will be enormous. Along with its $1.8-billion initial investment to acquire most Zellers leases last year, Target expects to pour another $2-billion to $3-billion into Canada in the next three years, spokeswoman Lisa Gibson said.

The amount includes hiring consultants, marketing agencies, contractors and 25,000 employees. The retailer intends to spend $10- to $11-million remodelling each store, with plans to launch up to 135 outlets starting next year and 200 longer term.

Target's arrival spells enormous opportunity for landlords. Among other benefits, the retailer's presence is expected to boost traffic at nearby locations, just as tech giant Apple Inc. helps bolster overall business at malls that house its stores.

RioCan Real Estate Investment Trust, Target's largest Canadian landlord with 24 of its stores, is now building an outlet from scratch for the U.S. retailer in a new Toronto shopping centre at St. Clair Avenue and Weston Road. Already about 85 per cent of the site is preleased, chief executive officer Edward Sonshine said in February. "I expect by the time the building starts coming out of the ground, we'll be well into the 90 per cent preleased at pretty good rents."

Suppliers and vendors, though, are discovering that Target is a demanding customer. While the retailer says it is looking for local suppliers, those who attended the recent $300-a-person boot camp learned that it's difficult to satisfy the giant.

Benoît Monderie, national director at RDTS, a Laval, Que.-based company that develops store displays and would like to count Target as a client, said he came away in awe of Target's determination to do things its own way. "I don't think it's going to be easy for any Canadian supplier to get into that business."

For its part, Target doesn't appreciate for-profit consultants advising others on its business. Michael McLarney, founder of Hardlines, the trade magazine publisher and consulting firm that organized the suppliers' boot camp, said he received a lawyer's letter from Target warning him to stop using its signature bull's-eye logo in its marketing and touting the session as a must-attend event. Mr. McLarney, flattered that Target paid so much attention to his material, made the fixes.

Consultant Jeff Doucette, who charges $1,000 for his day-long Winning with Target seminars, got a similar letter from Target and promptly dropped the bull's-eye logo and ran a disclaimer on his website stipulating the sessions are run by a third party.

His Calgary-based Sales Is Not Simple firm hired Skip Stoelzing, a former Target executive, to speak to suppliers. He urges them to find a way to help the retailer stand out. As a good example, he cites Procter & Gamble Inc.'s recent initiative to supply Target with Swiffer cleaners in red, which is the retailer's trademark colour. "It's a good example of how a company can come in and differentiate itself," Mr. Stoelzing said.

One way Target keeps its edge is by focusing on its private labels. Like other retailers, it often competes with its own vendors by quickly recreating a version of products for its own lines, Mr. Marcotte said. "If you have a product that they're interested in, at least four or five weeks later there will be a private-label equivalent," he told the Hardlines boot camp. "Sorry." 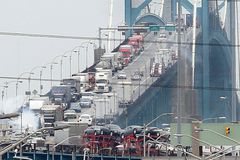 ROB Magazine
How Dollarama turns pocket change into billions
May 8, 2018 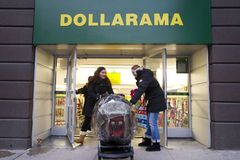 Shoppers CEO looks to adapt to provincial drug reforms
May 8, 2018 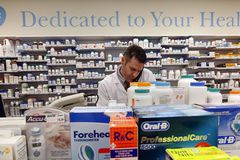 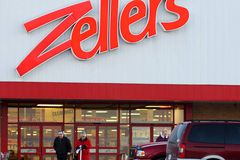 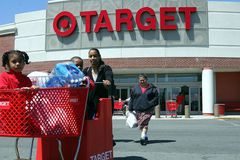 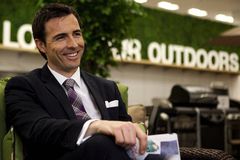 Richard Baker: A balancing act in choppy retail waters
May 3, 2018 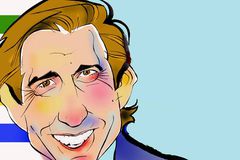 New Sears CEO looks to add some pizzazz to brand
May 3, 2018 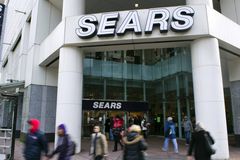 REITs will continue to outperform
May 3, 2018 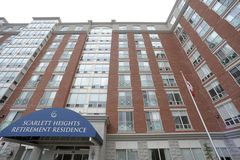