Two years after Canadian government testing helped the United States go after Volkswagen for faking the results of diesel-engine emissions tests, Canada says it is still unable to determine if Volkswagen broke the law in this country.

An Environment Canada official speaking on background this week said it will likely be many more months before Canada's investigation concludes.

The delay is baffling to Canadian environment groups, which have taken Environment Minister Catherine McKenna to court in a bid to make sure the investigation is completed.

"I don't see why this is complicated," said Tim Gray, executive director of Environmental Defence. "The minister of environment owes Canadians an explanation."

Canada launched an investigation into Volkswagen's diesel car sales on Sept. 22, 2015, the same day the German automaker admitted it had sold more than 11 million vehicles around the world equipped with software designed to dupe emissions testing equipment.

The U.S. Environmental Protection Agency uncovered the scandal, which found the company's claims about emissions from its diesel vehicles, well above tailpipe emissions standards in the U.S. and Canada, had in fact been falsified.

Class-action suits in the U.S. and Canada have cost the company more than $16 billion. Six executives were charged criminally in the U.S. over the scandal, and seven months ago the company itself pleaded guilty in the United States to fraud, agreeing to pay more than $4 billion in fines.

It now appears testing in Canada contributed to the U.S. case.

Canadian documents obtained by The Canadian Press through the Access to Information Act say vehicle testing done at Environment and Climate Change Canada's laboratory in Ottawa "contributed to the United States Environment Protection Agency's issuance of a second notice of violation in November 2015."

About 105,000 of the affected models were sold in Canada.

Amir Attaran, the lawyer representing two groups suing Canada over the Volkswagen investigation, said the note suggests Canada has had its own data showing Volkswagen violated Canadian emissions standards for more than two years but still hasn't done anything about it.

"It's not that we can say we don't know the cars are violating the rules, because we've actually tested them at Environment Canada's Ottawa lab," he said.

What's left to determine is if Volkswagen will face any criminal penalties in Canada.

Environment Canada officials say the case is complex and is taking a long time to complete, but if sufficient evidence is found, it will take "enforcement action."

"It is not uncommon for investigations into cases of this complexity to take time," an official said in an email.

In its press release when it launched the investigation more than two years ago, Environment Canada explicitly said defeating software devices are prohibited under the Canadian Environmental Protection Act.

Attaran said after a software upgrade mostly fixed the problems, the company got permission from the EPA to sell the cars in the U.S., provided it committed to fully repairing them with new hardware in 2018.

He said there is no evidence the company received any approval to do that in Canada, and yet the models were put back on the sale floor this year.

Environment Canada is investigating that allegation but told Environmental Defence "a year or more will be required" to complete it. 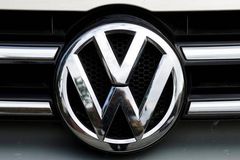 Volkswagen chairman doesn’t rule out bringing in outsider as next CEO
September 22, 2017
Report an error
Due to technical reasons, we have temporarily removed commenting from our articles. We hope to have this fixed soon. Thank you for your patience. If you are looking to give feedback on our new site, please send it along to feedback@globeandmail.com. If you want to write a letter to the editor, please forward to letters@globeandmail.com.
Comments