Michael Medline has a vision for the future of retailer Canadian Tire Corp. Ltd.: Targeted digital messages that alert customers to deals on winter boots and shovels every time it snows.

The advertisements would automatically prompt customers to go online or to a local store for a discount on seasonal goods. But to do this, Mr. Medline, the incoming boss, needs a system at Canadian Tire that "knows it's snowing" and can tag merchandise as being snow-related and hook it up with data from a weather network.

Canadian Tire, which also owns sporting good chains such as Sport Chek and clothier Mark's, isn't there yet. But it the company is investing heavily to keep pace in a fast-changing retail world, said Mr. Medline, Canadian Tire's president, who will also become chief executive officer on Dec. 1.

"I believe we are making strides, but our current online presence is disappointing and not up to our standards yet," he said at an investor conference to outline the company's three-year "on offence" growth plan. "In fact, it reflects poorly on our brands."

Not long ago considered a virtual dinosaur without e-commerce at its namesake's chain, Canadian Tire now is rushing to appeal to a younger customer.

It's creating digitally friendly initiatives and new merchandise strategies to send a message that it's not your grandfather's store.

Already the Toronto-based retailer is using its Sport Chek chain, part of its 2011 acquisition of dominant sporting goods retailer Forzani Group, as a lab for its digital efforts, while its flagship Canadian Tire stores now sell more than 80 per cent of its products online, shipping orders to stores for customer pick-up.

Mark's is also taking new digital steps. Last month, when Mark's executives in Calgary looked out the window and saw it was snowing, they manually picked out some winter jackets and boots for a 25-per-cent-off promotion advertised on the Weather Network's website and in social media, Duncan Fulton, chief marketing officer at Mark's and the retailer's sporting goods division, said in an interview. It yielded "significant" sales increases in the six days it ran across Alberta, compared to a year earlier.

In the future digital world, however, "everything that was done manually gets done automatically," said Mr. Fulton. "That was Michael's point: we have to be there in a short period of time."

The company's outlook also calls for average diluted earnings per share growth of 8 to 10 per cent over the three years and a 9-per-cent return on invested capital by the end of 2017. Between 2010 and 2013, it beat its earnings goal, posting cumulative average growth of 14 per cent in per-share earnings, but fell short of its previous 10-per-cent ROIC goal, with a 7.4-per-cent return.

"We are on a journey," Mr. Medline said. "We have all sorts of areas to improve in. But we are on the right path."

"Canadian Tire's idea of 'buy online and pick up at the store' is not going to go over well with the younger demographic they want to target," Mr. Yigit said. "For a big segment of the population it's a click-it-and-forget-it idea."

Canadian Tire to roll out new digital loyalty program
May 12, 2018 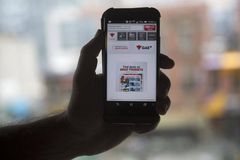 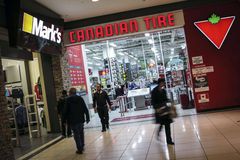 What drove Canadian Tire to find a credit card partner Subscriber content
May 12, 2018 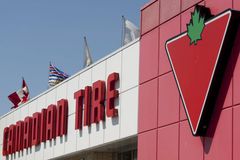