Canadians are increasingly choosing pixels over paper and ink when it comes to getting their written news.

A report by NADbank, an organization that measures newspaper readership in Canada, found that while fewer people are reading traditional newspapers, they are still turning to established publications when looking for their news online.

The Globe and Mail leads all publications in national readership, with a national audience of more than 3.5 million in print and online. That is up 7.3 per cent from NADbank's survey in 2011. The Globe's audience in the 47 markets in which it is measured is nearly twice as large as the National Post's, which came in at 1.8 million weekly readers.

The numbers show that the Globe's online readership, at 1.7 million readers weekly, is steadily gaining on print readership of 2.5 million. (Those numbers add up to significantly more than 3.5 million because many readers consume both print and online versions.)

A separate survey by the Print Measurement Bureau also showed growth in Globe and Mail readership. PMB found that the Globe's six-day cumulative readership – a measure of how many people read at least one copy of the newspaper over the past six days – was up 5.8 per cent to nearly 2.7 million. The National Post was up 6 per cent to 1.2 million, while the Toronto Star was down 3 per cent to 2.5 million.

NADbank's report found that "readership of digital content continues to offset declines to printed editions" at the Canadian dailies it included in its telephone survey. And while printed papers are losing readers, weekly audiences are larger now than they were in 2008 when print and digital readers are counted together.

"Print readership on the average weekday has declined over the past seven years," NADbank wrote in the report. "It appears that readers are going to the website when they cannot read a printed edition."

The number of respondents who said they read a printed newspaper the day before being contacted slipped to 41 per cent in 2012 from 45 per cent in 2011, while the number of people who reported reading a website increased to 16 per cent from 13 per cent.

Total weekly readership of the 88 papers that make up the study held steady near 77 per cent in 2012, while weekly print readership declined slightly to 68 per cent from 70 per cent in 2011 (that percentage refers to the number of people who reported having read a paper in the last week).

The study also found that readers tend to flip back and forth between print and online. Seventy eight per cent of those who read newspaper websites reported reading printed papers, while only 11 per cent of readers only consumed news online.

The trend poses a challenge for publishers, who earn most of their revenue from print advertising and are rushing to find ways to make comparable money online.

The most popular method so far has been to build paywalls, and ask readers to directly pay for the news they are reading.

More than 450 of the 1380 daily newspapers in the United States – including the New York Times, which saw its circulation revenue bypass its advertising revenue in the last quarter –have implemented paywalls.

The last year has seen paywalls (or the promise of paywalls) introduced at most larger Canadian newspapers, including The Globe and Mail. Others – such as the Ottawa Citizen and Halifax Chronicle Herald – have reduced their publishing schedule by killing their Sunday papers.

And while the industry has been reeling since the 2008 recession as companies reduce advertising spending and turn to digital alternatives such as Google and Facebook, there are some signs the U.S. market is stabilizing (comparable data is not available in Canada) despite having seen print advertising decline by 7.5 per cent in 2012 – or by $1.5-billion.

"So the industry entered 2013 with some positive signs but still dealing with difficult economic realities," the report's authors wrote. "The two biggest newspaper developments of the last year – digital paywalls and reduced print frequency – capture that odd mix of expansion and contraction now typical within the industry." 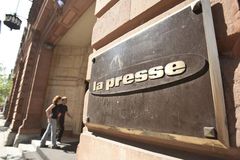 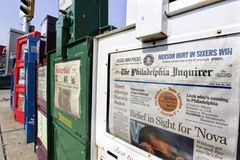 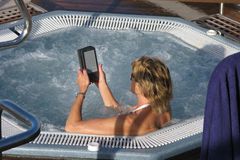 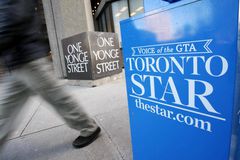