Are your saboteurs winning? Are you going through life with a negative frame of mind, casting negative judgments on the people and ideas before you? Are you a stickler, a pleaser, a hyper-achiever, or prone to play the victim? Do those tendencies keep you from total success?

Executive coach Shirzad Chamine suspects the answer to most of these questions is yes – you are your own worst enemy, or at least your mind is. And he has the test to prove it, a "positive intelligence" test that weighs the percentage of time that your mind is acting as your friend and the percentage as your enemy. Too often, for individuals and teams, the mind as enemy is winning.

"I rarely coach a team that is not constantly sabotaged by judgments team members make about one another. In some teams this is done in a blatantly open and confrontational way. In others, it is done in a more subversive and indirect way," he writes in Positive Intelligence, labelling that saboteur The Judge.

"In either case, unless the team members explicitly learn greater mastery over their own Judges, the collection of Judges in the room can cause significant and ongoing friction that costs a great deal in lower trust, wasted energy, heightened stress, and reduced productivity."

Mr. Chamine was in the grip of his judge when fellow students at Stanford University's business school held the equivalent of an intervention, changing his life. He has combined notions from areas such as positive psychology, neurobiology, personality composites, and mindfulness/meditation into an approach that he uses with executives, companies, and even couples in distress.

It is based on studies showing the link between being positive and happiness or better performance. The research suggests a rule of thumb is to aim in communications or relationships for three positive expressions for every negative expression. His Positive Intelligence Quotient, or PQ, therefore indicates the percentage of the time positive rather than negative thoughts pass through your mind (he omits neutral thoughts from the score). He considers a PQ of 75 the tipping point: Above it, the mind's internal dynamics uplift you. Below it you are being dragged down. Teams can be evaluated as well, again with 75 or more the preferred level.

To improve, you must weaken the saboteurs in your mind: Automatic and habitual mind patterns -- voices, beliefs, and assumptions – that work against our best interests. The master saboteur is The Judge, one we all suffer from. "It compels you to constantly find fault with yourself, others, and your conditions and circumstance. It generates much of your anxiety, stress, anger, disappointment, shame, and guilt. Its self-justifying lie is that without it, you or others would turn into lazy and unambitious beings who would not achieve much," he writes.

But it's not alone. The Judge usually has at least one accomplice saboteur, drawn from nine that Mr. Chamine catalogues: Stickler, pleaser, hyper-achiever, victim, hyper-rational, hyper-vigilant, restless, controller, and avoider. We view them as our allies, because they have a positive element, but don't recognize the insidious damage they cause.

Weakening the saboteurs is the first strategy to improve your performance. This involves identifying the thoughts and emotional patterns that stem from your saboteurs, and naming them when they arise. "Ah, the judge is back telling me this report will be lousy," for example. Or, "there's the controller feeling anxious again."

As well, you should strengthen what Mr. Chamine calls your sage – the deeper and wiser part of you, the positive side, which resists getting carried away by the negative impulses. The sage views any challenge you are facing as a gift or opportunity. Business going down the tubes? Look for how this might be the best thing that ever happened to the firm or you, and then focus your energies on what that analysis revealed.

The sage has five elements, if you access them. You should explore the possibilities of the situation with an open mind; empathize with yourself and others, and bring compassion and understanding to the situation; innovate to create new perspectives and out-of-the box solutions; navigate to choose a path ahead that aligns with your values and goals; and finally, take decisive action.

You can also work routinely to build up what he calls your "PQ Brain Muscles," or your positive side. In a crunch, when you are feeling a saboteur in command, this could involve simply wiggling your toes or rubbing your fingers together for 10 seconds. Try it: The exercise takes the mind and body to a different place than the saboteur's siren call. But throughout the day, he wants you to build up your PQ Brain fitness, shifting as much of your attention as you can to your body for 10 seconds – each of those intervals one "rep" in the quest for 100 reps a day. Experience with his clients suggests that helps them to boost their positivity.

A lot of that will seem familiar. But overall, it's a practical approach to dealing with our minds, and in the book he offers examples to show how he turned around individuals, companies and a couple's troubled relationship through getting PQ above 75.

Postscript: When Detroit Red Wings coach Mike Babcock took over the same duties for Canada's 2010 Olympic team he wanted a credo that could hang on the dressing room wall and inspire his players. It began and ended with the words "Leave No Doubt," and with its steadfast positive thinking would have drawn a 100 score on a positive intelligence test. It worked, even in the dressing room as they waited for the overtime period in the Gold Medal game against the Americans, where he insists everyone had no doubt, and he brings his memories of that team's journey and his own philosophy together in Leave No Doubt (McGill-Queen's University Press, 138 pages, $19.95), written with Rick Larsen. The story is enjoyable and the team and his philosophy winners, but the book is too windy for my tastes. 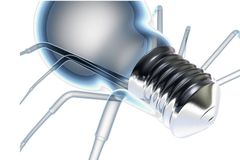 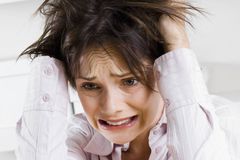