The report landed with a thud on a Tuesday evening at the beginning of September.

It was a blow for executives at Toronto-based Kinross , who were touting the deal as "potentially transformational" for the company. Already, the merger was up against critics on Bay Street and in the press; Kinross was accused of offering too much to get its hands on Red Back's properties in West Africa.

But the ISS report was the most serious threat yet. The gold miner estimated that about one-third of its shareholders were clients of ISS, which is North America's dominant shareholder voting advisory firm, and it knew many of them would automatically vote in accordance with ISS's views.

Kinross executives quickly mobilized to counteract the ISS analysis. They issued three press releases to neutralize ISS's conclusions that Kinross was overpaying for Red Back. Kinross chief executive officer Tye Burt offered a rare public critique of the power wielded by a single advisory firm that itself owns no shares, raising questions about the firm's review process and about the credentials of analysts who reviewed the takeover deal.

"It was clear to us in the transaction with Red Back that ISS lacked particular mining and geology expertise, which was critical in assessing the nature of the deal," Mr. Burt said in a recent interview. Kinross got its deal, but not without a fight: Fully one-third of shareholders who voted were opposed.

Mr. Burt's comments touched a nerve in Corporate Canada, tapping into a deep vein of discontent with the power wielded by proxy advisory firms, which are hired by almost all major institutional shareholders to give them advice on how to vote their holdings.

Companies and their lawyers have complained privately for years of their frustrations with proxy advisory firms, citing what they see as poor-quality analysis, unclear voting decisions and perceived conflicts of interest when the advisory firms also sell consulting services to the companies they assess.

But that quietly bubbling discontent is now boiling over.

The U.S. Securities and Exchange Commission issued a call for comments on ways to reform the shareholder voting system, and received a flood of submissions from companies and other organizations this fall - over 250 so far - with many of them focused on proxy firms. (See the letters on the SEC's website here.) Broader questions posed by the SEC about the flawed mechanics for voting shares have attracted far less attention and passion in the public submissions.

The outcry stems from the growing clout of the firms, especially market leader ISS, a division of RiskMetrics Group, which controls a large majority of the market share in the proxy voting area - far more than the other four main players combined - and thus has enormous influence over shareholder votes.

While ISS and others were small players in the voting system two decades ago, their power increased significantly with the expansion of institutional share ownership - and because of new regulations that require many institutions, such as mutual fund companies, to publicly disclose how they vote their shares.

The scrutiny has compelled more institutional investors to vote, and many, in turn, have hired proxy advisers to help them ensure consistency across holdings that can span thousands of different companies' shares.

"It's deeply ironic to me that the whole motion toward shareholder responsibility has ended up in the hands basically of one firm whom people accept advice from," says corporate director David Beatty, who chairs the board of Inmet Mining Corp. and also acts as an adviser to ISS competitor Glass Lewis & Co. LLC.

"By and large, the votes of $10-trillion of assets under management are determined in the first instance by one company. ... It's too much power in one place, and a total abrogation of power by everyone else."

ISS, however, disputes that it has as much clout over corporate votes as companies suggest. ISS business head Stephen Harvey told the SEC the perception that "votes are controlled" by ISS are wrong, but said the idea has taken on a life of its own as it gets repeated.

ISS said many big investors have their own research teams, so ISS is not their primary decision-maker. The company cited a study by a University of Pennsylvania law professor who estimated an ISS recommendation shifts six to 10 per cent of shareholder votes on average in uncontested director elections.

The firm also countered criticism that it lacks expertise, saying it has to make its work as accurate as possible because "competition is fierce" in the proxy advisory industry.

"Anyone with a computer, an ISP and an e-mail account/blog/website can make and deliver their own vote recommendations," Mr. Harvey told the SEC in a submission.

IBM analyzed shareholder voting patterns in 2009 and 2010 before the company's annual meeting, and found 13.5 per cent and 11.9 per cent of its total shares voted came in on the day after ISS reported its recommendation, compared with 0.2 and 0.27 per cent in the previous five business days before that.

"And this voting block is controlled by a proxy advisory firm that has no economic stake in the company and has not made meaningful public disclosures about its voting power, conflicts of interest or controls."

In a somewhat unusual move, Canadian companies and organizations have also submitted comments to the SEC because the same U.S.-based proxy firms also hold a dominant position in both countries.

The Canadian Society of Corporate Secretaries told the SEC its members report frequently finding errors in voting reports of proxy firms, but there is no consistent process to have them corrected.

"Given that data may be incorrect at a significant number of companies (100 per cent in our sample) almost every year, the recommendations being made by proxy advisers are at least based on false assumptions and at worst may be frustrating the underlying objective of long-term shareholder growth," CSCS past chair Sylvia Groves told the commission.

The CSCS recommended creating a formal correction and appeal process.

Another submission came from Kinross. Its victory in the Red Back vote did not put an end to its concerns, and the company later urged the SEC to impose requirements on proxy firms for greater transparency about their work.

"All we are looking for at the end of the day is increased disclosure and some form of regulation," Kinross chief legal officer Geoffrey Gold said in an interview.

But opinions are divided about how much regulators can do to fix the concerns companies have with proxy firms.

Toronto securities lawyer Carol Hansell, who recently completed a sweeping 229-page report analyzing concerns about the proxy voting system in Canada, says she isn't sure regulation can fix the things companies complain about most, and has concluded the best way to deal with complaints about advisory firms is to get major institutional shareholders - the clients of the proxy firms - to insist on higher standards.

Ms. Hansell says an organization like the Toronto Stock Exchange or the Canadian Coalition for Good Governance (CCGG) should create a forum for companies to express their concerns to shareholders.

"My question is how can we solve this without throwing it over to the regulators," she said.

But securities lawyer Lara Nathans said a basic level of regulation of proxy firms - including a requirement they be registered as investment advisers - would allow officials to impose standards for disclosure and transparency.

"The concern a lot of people have is that these firms have garnered more influence without being regulated," she said. "There's no oversight over them and no one really knows anything about them."

Big investors who are clients of the advisory firms are not keen to press for major reforms at proxy firms.

David Denison, chief executive officer of the Canada Pension Plan Investment Board, says the CPPIB uses two proxy advisory firms - ISS and Glass Lewis - for analysis, but ultimately controls its own voting decisions and has voted contrary to recommendations on a number of occasions.

"From our perspective, we hire them to provide input to us, not to tell us what to do," Mr. Denison said. "We make the decisions ourselves. They are just a resource."

Stephen Griggs, executive director of the CCGG, which represents most of Canada's largest investors, says the coalition often hears complaints from companies about proxy firms, but said big investors need the service because they have thousands of companies to vote on each spring. ( Ask Mr. Griggs your questions in a live discussion Wednesday.)

Mr. Griggs said the most useful regulatory reform would be more detailed disclosure about conflicts of interest, such as when an advisory firm has done paid consulting work for a company.

"I think there is a certain element of cynicism when there is a potential for a conflict of interest, so I think it would be helpful for investors to know whether or not there is a conflict."

ISS, however, told the SEC it believes conflicts are not a concern because they are carefully managed by the company. The company says it has strict ethical guidelines and personal trading restrictions for staff, as well as internal controls and "firewalls" so that people making voting recommendations have no idea which companies have hired ISS to also do consulting work.

Board Games 2010: Winners and losers 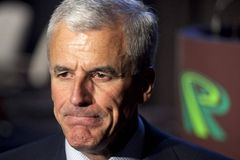 Are Canada's corporate boards getting better? 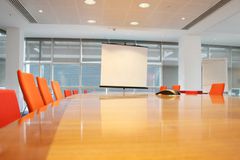