It's been 30 years since consumers were introduced to "greenwashing" – a term coined in the mid-1980s to denote a deceptive practice adopted by some companies to promote an image of environmental sustainability when, in truth, the end goal often had more to do with bettering the bottom line.

Three decades on, business researchers at universities on both sides of the country have taken a renewed interest in the topic, publishing separate papers that touch on greenwashing and what it means to a new generation of consumers.

In one study from Simon Fraser University's Beedie School of Business, the hotel industry was put to the test with researchers questioning the legitimacy of those little cards that ask patrons to conserve energy by reusing their towels.

"There is a history of associating these messages with greenwashing," says Brent McFerran, associate professor and co-author of "Turning off the lights: Consumers' environmental efforts depend on visible efforts of firms," published in the Journal of Marketing Research.

The problem lies in how the conservation message lands with modern consumers, says Dr. McFerran. While many of us understand (and even appreciate) the win for the environment these environmental asks can have, we also see that, by lowering energy costs, the business doing the asking stands to save money.

Those mismatched cues can have some unintended consequences, the study indicates.

In the most dramatic instance, consumers of higher-priced hotels proved willing to use more electricity than normal when asked to conserve resources by a business that appeared unwilling to spend any of its own money to be green.

In that case, Dr. McFerran says, "You'd be better off to just not ask the consumer to do anything at all because they just end up using more."

Conversely, when consumers see the business as willing to put up its own money for an environmental cause, patrons react positively. "You see the firm as more green, but you, yourself, are more receptive of these messages," he says.

The research applies to any industry where consumers are asked to engage in environmental behaviour. The key is to be credible.

"If you try to highlight your environmental contributions and the only ones consumers sees are the ones that also save you money, consumers see right through that and attribute greed to that ask and, in some way, punish you and, some would say, the environment accordingly," Dr. McFerran says.

Co-authoring the study was University of Michigan marketing professor Aradhna Krishna and Wenbo Wang of the Hong Kong University of Science and Technology.

The hidden costs of greenwashing CSR

In a separate study from the University of Ottawa Telfer School of Management, assistant professor Magda Donia and her co-author, the late Carol-Ann Tetrault Sirsly of Carleton University's Sprott School of Business, took a different approach to greenwashing.

Their study uses polling data collected from more than 1,000 adults working full-time in Canada and the United States to examine how deceptive corporate social responsibility (CSR) practices affect worker attitudes toward their employer.

The study found that CSR efforts can backfire badly if employees don't think those efforts are genuine.

The researchers were inspired to explore the topic after hearing Stephen Lewis, a prominent HIV/AIDS activist and distinguished visiting professor at Ryerson University, speak critically of Project Red, a high-profile charity founded by U2 frontman Bono that encourages multi-nationals to contribute to fighting HIV/AIDS in Africa.

Specifically, Mr. Lewis said too many companies spent more money on marketing their involvement in the cause than they did on helping to fight the deadly virus. "We started to think about the impact this will have on employees," Dr. Donia recalls of the genesis of the work.

Their subsequent study found that it all comes down to how the CSR motives are perceived. Employees who see their company's CSR to be genuinely aimed at enhancing the common good do feel more emotionally connected to the company and expressed a desire to stay longer because they liked the association.

But those who view the CSR as a form of greenwashing were more likely to do less work and label their employer as a "taker" rather than a "giver."

Dr. Donia says the findings were more definitive than anticipated. When it comes to self-serving CSR, she says, "I expected the results to be not as good, but not an outright negative reaction."

The findings suggest that companies engaging in genuine CSR would do well to signal that commitment clearly to their employees, perhaps by encouraging employees to volunteer for the cause on company time.

Otherwise, she says, "If you are engaging in symbolic CSR, employees can see through that, and it is actually best to not engage CSR at all."

The paper is published in Applied Psychology: An International Review. Sigalit Ronen of California State University is also listed as a co-author.

A model to predict bank failure

In the post-2008 world, following the collapse of hundreds of financial institutions south of the border and around the world, the ability to credibly understand and assess a bank's financial health at any given time has become a critical job.

The two financial experts say they have struck on a functional model for predicting bank distress that they say is 90 to 95 per cent accurate. The research draws from an examination of the failures of 132 U.S. banks between 2002 and 2009.

The idea began with a conversation between the two professors around the height of the financial crisis in 2008.

"There was a lot of talk of how credit derivatives and all these off-balance-sheet activities were getting the blame for all these bank failures. We wondered, sometimes you hear the big flashy stories, but is it a systematic problem? That's what drove us at the start to try and answer that question," Dr. Hebb says.

Over the years, the two narrowed their research focus to addressing a singular question: "Is there a way to predict bank failures?"

Drs. Hebb and Cleary relied on a modified technique called "discriminative analysis," a tool that's been used for predicting corporate bankruptcy since the late 1960s. But it had never really been applied to banks, Dr. Hebb says.

The study revealed two key findings. The more current the information and data you are using, the more accurate the model.

"That has important implications because a lot of regulatory measures are done using annual data, and, especially during the financial crisis when the markets were changing so quickly, day to day, relying on annual data would be too lagged," Dr. Hebb says.

Equally important, the two variables that prove the strongest predictors of bankruptcy are the bank capital level and the quality of the institution's loan portfolio.

"That doesn't sound illogical," Dr. Hebb says, "but these are things that regulators are always struggling with – what should they be regulating? What should they focus on to ensure the soundness and safety of banks?

"I think this study gives additional evidence that those are the items they should be focused on," he concludes.

The research is published in the Journal of Banking & Finance. 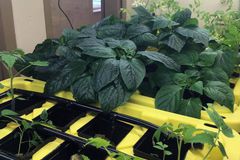 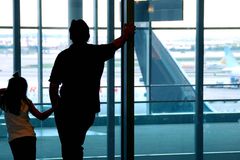 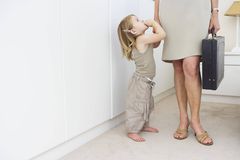