Nurturing a new generation of First Nation entrepreneurs is a priority for some business schools, donors and aboriginal communities.

The most recent example is a $1.3-million pledge over 10 years from Royal Bank of Canada to fund two initiatives at Simon Fraser University's Beedie School of Business: $1-million to support startups and social ventures in B.C.'s First Nation communities and $300,000 for aboriginal undergraduate and graduate students to pursue entrepreneurship as a career.

"We know aboriginal communities are key players in the economy focusing on developing entrepreneurs who can lead the way through innovation in both social and business ventures," says Zabeen Hirji, chief human resources officer for RBC. "Graduates of the [Beedie] program will inspire others and will go back to their communities and mentor others."

The twin focus of the donation is "phenomenal," says Christopher Derickson, a council member of Westbank First Nation in B.C.'s Okanagan Valley, and a University of British Columbia-trained lawyer pursuing an executive MBA in aboriginal business and leadership at Beedie in Burnaby, B.C.

"Any investment into a First Nation enterprise is going to be an investment into a community," says Mr. Derickson, whose self-governing community of 800 First Nation and 9,000 non-members is home to more than 400 on-reserve businesses. "Our experience at Westbank is that when you create opportunities for your members to move into the business world, as opposed to creating jobs for them, that the job creation after that has been exponential."

Beedie's existing social innovation lab and venture incubator, known as RADIUS, will work with aboriginal communities and the school's executive MBA program in aboriginal business and leadership on the design of the incubation program for First Nation entrepreneurs.

By late 2015, RADIUS officials expect to identify a potential first cohort of between eight and 10 First Nation ventures, according to director Donovan Woollard, who previously worked on economic development issues in First Nation communities for six years.

Working with aboriginal community representatives, employers and entrepreneurs, Mr. Woollard hopes to adapt the existing RADIUS program, which provides mentoring and other support over a seven- to 10-week period, to early stage ventures in First Nation communities.

During the program, budding entrepreneurs would connect with potential customers to test the business concept. "It's designed to help them move into implementation very quickly," says Mr. Woollard.

Mark Selman, director of Beedie's aboriginal MBA program, expects only "a handful" of students a year will receive scholarships but, like others, he envisages a positive multiplier effect from RBC's donation.

Of 22 students in the first cohort of the specialty MBA, 14 are expected to graduate in June, with another six or seven by the end of the summer, according to Mr. Selman.

"All that has to happen is for a few people to get going with stuff and to have some success and there is a benefit to everybody in the community," he says.

"Economic reconciliation is clearly a part of reconciliation in general," adds Mr. Selman. "If aboriginal communities are struggling, if they are in poverty, then it is impossible for there to be a balance in terms of how aboriginal and non-aboriginal people relate to each other."

"Everyone has watched with absolute wonder at what Seymour has done with his various donations to different faculties in different locations at different universities right across Canada," says Mr. Telfer, chairman of Goldcorp Inc. "One of the reasons he did what he did then and continues to do now is to motivate others [to give]."

That's why, having given $25-million in 2007 to the University of Ottawa business school that now bears his name (and from which he graduated in 1976), Mr. Telfer decided to give again.

This month, Mr. Telfer pledged $2-million as a legacy gift (available after he dies), just as the University of Ottawa moves into high gear to raise $400-million by 2020 (including a $40-million goal for the business school).

"I wanted to make an example of how that [planned giving] works so that others can see if you are not in a position to do something now you could look at promising them something in the future," he says.

When Mr. Telfer's latest gift becomes available, it will be used for the strategic priorities of a future dean of the school, says current dean François Julien.

He adds that the planned gift from Mr. Telfer is "an assurance that we will receive additional funding in the future and that we will be able to count on that [money] to launch initiatives which we feel at that time are strategic for the school."

A Canada-based executive MBA program placed fifth on a top-62 list of global programs rated by The Economist magazine.

The sole Canadian entry is a Toronto-based program run jointly by York University's Schulich School of Business in Toronto and the Kellogg School of Management in Evanston, Ill.

The Economist survey is based on responses from business schools, current students and alumni, with programs assessed on personal development and educational experience of students and career development. 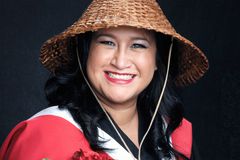 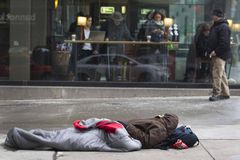 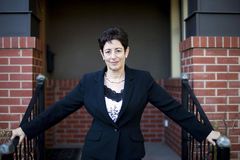