After the deep global recession of 2008-09, doom-and-gloomers foretold the demise of the graduate business degree.

Not so fast. Surveys released this week by the Graduate Management Admission Council report rising demand by global employers for graduates of MBA and specialty business degree programs.

Among corporate recruiters who work directly with business schools worldwide, 88 per cent plan to hire recent MBA graduates this year (an eight percentage point rise from last year and a 33-point gain from 2010), according to GMAC, which is based in Reston, Va. In a supplementary survey of global companies not recruiting on campus, half of respondents told GMAC they expect to seek MBA graduates this year.

"In the recession there were many articles out there saying the MBA is dead and I always cringed," says Gregg Schoenfeld, director of research at GMAC. "The articles did not understand the cyclical nature of things."

While the MBA remains the dominant business degree, specialty master programs are a fast growing segment of the market. When asked about hiring non-MBA business graduates, 26 per cent of survey respondents expressed interest in those with specialty degrees in supply chain management, another 26 per cent named data analytics and 24 per cent cited master of marketing degree holders.

The proliferation of specialty degrees is a response to evolving business trends, says Mr. Schoenfeld. "Schools keep trying to diversify and understand what the economy is doing and where businesses are moving," he says.

The corporate recruiter survey also reveals that 54 per cent of employers globally expect to increase MBA starting salaries (33 per cent at the rate of inflation and 21 per cent above inflation), while 46 per cent of employers will hold the line at 2015 levels. Mr. Schoenfeld says median salaries for specialty degree holders, such as accounting, finance and management, are also expected to rise this year.

One noteworthy finding from the GMAC surveys contains a strong message for business students.

Recruiters from a variety of industries were asked to identify top performance traits and abilities sought in potential new hires. "Fit with company culture" was at the top of the list of almost every industry category.

Mr. Schoenfeld says recruiters expect business graduates to have acquired key knowledge and skills through their degree. "Now companies are looking for how does this individual fit within our culture and how can they succeed?"

The question, he emphasizes, cuts both ways. "The biggest takeaway for students is to really research the company they would like to work for," he says. "However they [students] define success, [they should] find the company that matches with them so they can really shine."

Two alumni of the Beedie School of Business at Simon Fraser University in Burnaby, B.C., are proving to be valuable allies in ambitious plans by the school – and the university – to expand their footprint in entrepreneurship education.

Charles Chang, a Beedie bachelor of business administration graduate who has founded two companies, this month pledged $10-million for a new entrepreneurship institute at the school.

A flagship project of the institute will be expansion of an existing certificate in innovation and entrepreneurship, an interdisciplinary program offered to any undergraduates regardless of their discipline. In future, up to 25 students in the annual cohort (currently 90 students but expected to grow to several hundred over time) will receive financial support and mentoring to help them "move their idea to the next level," says Beedie dean Ali Dastmalchian.

Mr. Chang's donation, the second largest in the history of the school, "will help strengthen our position so we can do a better job of offering the certificate and providing other activities," the dean says.

In an earlier announcement, the school named Andrew Harries, a Beedie MBA graduate, as the school's inaugural Tom Foord Professor of Practice in Entrepreneurship and Innovation. Funding for the position (matched by the Beedie family endowment to the school) comes from another SFU alumni, Robert Foord, president of B.C.-based Kal Tire, in honour of his late father, Tom, who established the company in 1953.

Mr. Harries, a Vancouver-based serial entrepreneur, will hold the professorship initially for a three-year term, teaching undergraduate and graduate students as well as advising the school on curriculum development that includes experiential learning outside the classroom.

"Entrepreneurship and innovation management skills are hard to come by if all your experience is with small companies or you are coming straight out of school," says Mr. Harries. "Therefore we really need to teach it."

Currently a business adviser and corporate director, Mr. Harries was a founder of Sierra Wireless Inc. and served in various roles as the company grew to more than $200-million in revenue. He is also a past chairman and former long-time member of the advisory board to the dean at Beedie.

Dr. Dastmalchian says Mr. Harries "is already in the classroom, students are delighted and he is making connections between us and the tech community."

Well aware other schools are rushing to add entrepreneurial and innovation education to their résumés, Dr. Dastmalchian has high hopes that Beedie will make its mark. "We want to be known as one of the Canadian business schools that is really big on this issue of innovation." 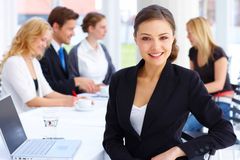 Ask not what your prospective employee can do for you
March 17, 2015 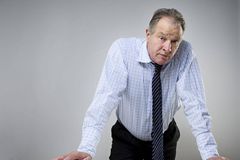