Sue Black, head of human resources at Sodexo Canada in Burlington, Ont., looks at the results of her company's employee engagement surveys and arrives at this conclusion: Older workers rock.

"Our employee engagement scores show that our employees who are 50 years old and older are three times more engaged than younger employees, and their retention rate is 100 times better," says Ms. Black, noting that 50-plus employees account for a third of the 10,000 workers at Sodexo Canada, part of a global outsourcing company that provides food, housekeeping and facilities management services.

"When we look at our data, they confirm why we want to hire and retain older people in our work force."

Sodexo isn't the only company keen to attract and keep more mature workers. In a survey last year by professional services firm PwC, 60 per cent of Canadian CEOs said they intend to amplify their efforts to recruit and retain older workers. South of the border, 94 per cent of 650 executives and benefits administrators surveyed last year by Bank of America said it was important to hang on to older employees because of their experience and skills.

But there's another, perhaps more pressing, reason employers are keying in on older workers: They make up a significant portion of the country's work force, with more than one in six employees in Canada clocking in at 55 years old or older in 2010, according to Statistics Canada.

They will also be harder to replace when they're gone; Statscan says there's only one worker aged 25 to 34 years old for every three workers 55 or older. Two decades ago, that ratio was reversed, at three young workers for one older worker.

"Employers need to start asking themselves: What should we be doing now to encourage our older employees to stay at work?" says Kevin Banks, assistant law professor at Queen's University in Kingston, and director of the school's Centre for Law in the Contemporary Workplace. "And what do we need to do to prepare for when they leave?"

While Canada's aging work force was a hot topic in the mid-2000s, the sense of urgency had abated somewhat in the aftermath of the recent economic crisis as baby boomers with diminished investment portfolios postponed their retirement plans, Mr. Banks says.

"But companies are starting to focus again on this issue, which is good because eventually demographics will take us to a point of crisis if we are not prepared," he says.

To avoid this point of crisis, companies need to have a plan in place that includes a redefined recruitment strategy, more flexible work arrangements, employee benefits that make sense for older people, and a system for capturing the knowledge of experienced employees, says Janet Krstevski, a partner in the talent and organization practice at Accenture in Canada.

Strategic recruiting can give employers a competitive edge in a shrinking labour pool, Ms. Krstevski says. Instead of doing talent searches in the usual places, companies should look at under-mined groups such as women and aboriginal communities, and at downsizing industries such as the automotive sector.

Making this work will require flexible thinking on the part of recruiters, Ms. Krstevski says.

"They need to be able to look at the foundational skills that people have in these industries and figure out how to repurpose these skills to suit the needs of their organization," she says.

Employers' flexible thinking will also need to extend to working arrangements, says Jenifer Bartman, a chartered accountant and management consultant with Jenifer Bartman Business Advisory Services in Winnipeg. As they get close to retirement, many older workers will want to spend less time in the office; employers who want to continue tapping into their expertise have to be willing to offer flex hours or work-at-home arrangements.

Ms. Bartman notes that companies that have succession plans – and many still don't – tend to focus their efforts on the C-suite. She says it's time to expand succession planning to other key roles in the business, such as department VPs, directors and managers.

"Whether they're in finance or marketing or production, you need to map out the skills you need in those key positions and then identify potential internal successors to those roles," she says. "From there you'll want to develop a professional development plan that outlines what needs to be done to enable the next generation to be able to successfully step into these key roles."

Ms. Black at Sodexo says the right set of benefits will be critical to attracting older workers. For instance, while new hires at Sodexo typically get three weeks of vacation in their first year, those who come with years of experience from other companies are offered additional time off, in some cases as much as 10 weeks.

Keeping this group of workers motivated so they don't "retire on the job" is also important, Ms. Black says. Ongoing training and professional development are critical to keeping older workers engaged, she adds. Reverse mentoring – where an experienced worker gets trained by a younger mentor – can be particularly effective.

"We've found strong outcomes with reverse mentoring," Ms. Black says. "It helps our older employees keep up with new trends, especially in technology, while also being able to share their wisdom with their younger mentor."

With more boomers staying longer in the work force, employers need to be ready to support them as they develop age-related health issues, says Mr. Banks at Queen's University.

"As we get older, more of us will be disabled, so employers will need to be able to accommodate employees, whether that means providing ergonomic workstations or assistive devices," he says. "This may still be a few years away for some employers, but to be pro-active they should start looking now at what other companies and countries are doing and identify what best practices they can apply in their organization." 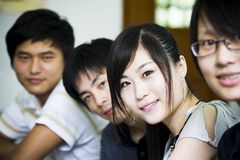 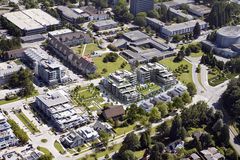 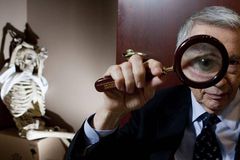 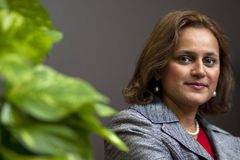 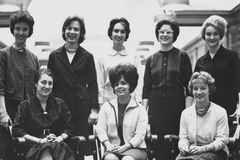