Before Jingyi (Claire) Hou arrived in Canada, she assumed she might wind up with a career at a bank, just like her mother, since that was what she knew. But when she entered St. Mary's University in Halifax after two years of university in China, she got to meet people in all kinds of careers through class and co-op terms.

Now, when she graduates with a bachelor of commerce from SMU's Sobey School of Business in January, she'll start an accounting career – and plans to stay in Canada. Ms. Hou recently accepted a job with Irving Oil in Saint John.

"After I came to Canada, I got the chance to meet different people in different career positions, and try different activities and projects," Ms. Hou says. "I know more about myself, and what I want to be in the future."

Sobey commerce students make up nearly half of SMU's enrolment, and half of them, in turn, are international students. For decades, the Halifax university has been positioning itself as a global-focused school, in its curriculum, partnerships, and in its student body. It is a move to distinguish the 7,500-student school from both its Maritime and Canadian competition, but also a socially conscious one. Nova Scotia's population is aging, and young talent is fleeing westward; by focusing its sights on international students, SMU is becoming an active player in drawing people and business to a corner of Canada that could benefit immensely from both.

"People are recognizing the role universities can play" in encouraging international business to set up in the region, says Patricia Bradshaw, dean of the Sobey School of Business. "We all have to pull together. Everybody knows it's not government that's going to fix the problems any more. We'll partner with everyone in the ecosystem to try and turn things around."

Last year, a commission led by Acadia University president Ray Ivany released Now or Never: An Urgent Call to Action for Nova Scotians, a report that illustrated a rough future for the province if it stays on its current course. Between 2009 and 2034, for instance, it projected a 21-per-cent drop in population of people aged 20 through 64. "We cannot sustain economic growth over time unless renewed population growth provides more workers, more entrepreneurs and more consumers," the authors wrote, suggesting international immigrants would be required to turn the province's fortunes.

SMU has been beefing up its international programs since well before the commission report, though, with a particular emphasis on China. The school first launched an Asian Studies program in 1972, and was a leader in language and cultural exchange programs with China in the 1980s. Colin Dodds, who served as SMU's president from 2000 until this past summer, began making regular trips to China and other emerging markets with the school in the 1980s. In the late '90s, he started taking trips to China's southern Zhuhai province to establish ties with the growing region.

Beijing Normal University established a campus there in 2001, and SMU quickly formed a partnership with the school. They began a "two-plus-two" program that lets Beijing Normal University Zhuhai students – such as Ms. Hou – come to SMU for their final two years. And, starting next year, SMU will begin sending its own faculty to BNUZ to let local students earn a SMU commerce degree with a major in finance.

This is in addition to numerous global programs that have evolved right on the Halifax campus. Nearly 30 per cent of all international students in the Maritimes study at SMU, according to the school's data, and its efforts reflect that. The business school has students from more than 80 countries, and even offers an undergrad global business management degree that lets students take language electives including Arabic, Japanese and Spanish.

"It's a definite strategy with a vision of global citizenship," says Dr. Dodds. "I regard higher education as a global currency – as the global currency."

There is funding, too, for student and faculty initiatives with an international bent. One such recent initiative was Speak Up, a series of workshops Ms. Hou spearheaded that brings both domestic and international students together to practice public speaking and English skills. It's a crucial chance for new Canadian students to make connections, she says: "It's hard in first year to integrate into the school community to make new friends."

Many international students turn to Canada for low-cost postsecondary business education, and SMU is positioning itself as a top choice for those who do. Second-year Sobey student Rumman Islam, who was born in Bangladesh and has lived around the world, found himself impressed with the university when he first started looking for schools through the Canadian University Application Centre. At SMU, he gets both Halifax's relaxed pace and a global community. "The best thing is just meeting people from different backgrounds," he says. "I have friends who've come from Germany, the Middle East, America, China, England and Mexico. It's amazing."

Dipon Debnath, a fifth-year finance and information systems student from Bangladesh who's received the prestigious Frank H. Sobey Award for Excellence in Business Studies, became so impressed by SMU he plans to stay in Halifax. He's even convinced his parents to move there next year. "If you want to do something, if you want to succeed, if you want to get really involved, there's always something to do," he says.

On a recent trade mission to China, Nova Scotia Premier Stephen McNeil brought a delegation from SMU in order to leverage their connections in the country. But SMU got something out of it, too: While at BNUZ, they signed an agreement to launch a "China Competencies" training program that will connect Nova Scotia business and government executives in Chinese culture, language and business practices. This, the university hopes, will create opportunities for the province's exports in southern China.

David Gauthier, SMU's vice-president of academics, says this is a prelude to a "more engaged, two-way partnership." In other words, just like the university is attracting international students to the region, it hopes to attract global businesses. And it won't stop with China, Dr. Gauthier hopes. "This opportunity," he says, "of shared partnerships around competency learnings, is one we can see extending into Africa and into other regions." 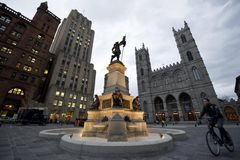 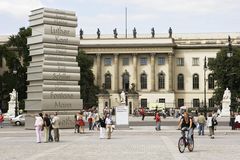