Last January, shortly after Mitesh Chadha returned to school full-time for his MBA, the 27-year-old accountant received an unexpected job offer. Surprisingly, he was able to accept the full-time position as a finance manager at Bell Canada without having to shelve his education ambitions.

As a student at York University's Schulich School of Business in Toronto, Mr. Chadha had the option (one not widely offered by business schools) to switch between full- and part-time studies from one semester to another.

The flexibility offered by Schulich is one example of how business schools compete in a crowded market, tailoring programs to suit today's learners. Other schools seek to stand out with part-time MBAs delivered in the morning or on weekends for those determined to further their careers without giving up employment.

"There is a lot going on in their lives and everyone has different circumstances," says Graham Sue, associate director of recruitment and admissions at Schulich. "We want to be able to provide students with the ability to still pursue their education goals while being able to do what they need to do in life."

Mr. Chadha, who completed one full-time semester, plans to resume his MBA on a part-time basis in January, leaving work at the end of day for evening classes twice a week at Schulich's downtown Toronto campus. Without the flexibility, says Mr. Chadha, "I would not have explored the job offer. … I would have been in an awkward situation."

"A lot of the candidates are career enhancers: They are working full-time in a job and they want to move to the next level in the company or in a [job] function," says Mr. Schoenfeld. "They don't want to give up their current job or their salary to go back full-time [to school]."

The changing profile of prospective applicants prompted the University of Victoria's Gustavson School of Business this year to deliver its part-time MBA, previously taught on weeknights, in once-a-month weekend sessions on campus with online learning between classes.

"We needed to come up with a model that would engage with the [Victoria] community and attract more students," says Gustavson MBA director David Dunne, citing declining interest in the weeknight format. He and faculty colleagues also overhauled the content, responding to employer demand for graduates with theoretical knowledge and applied skills to tackle what Dr. Dunne describes as "really ambiguous issues."

Geologist Jonna Deutscher, one of 23 students in Gustavson's inaugural weekend class, had contemplated an MBA during a brief stint of unemployment two years ago. But she put that plan on hold in late December of 2014 when she joined Thompson Creek Metals Co. Inc. at its Mt. Milligan copper mine north of Prince George, B.C.

She considered an online MBA but preferred face-time with classmates to develop networking skills. A weeknight program would not work, given her location and schedule of shift work. Now she flies into Victoria once a month for classes, studies online between sessions and continues to work full-time.

The 18-month-long weekend program, designed for those with at least six years of work experience, appealed to Ms. Deutscher, 35.

"When you have been working for a while, the prospect of going back to school is daunting," she says. "You want to be with people who have seen different industries and bring their own ideas and experience to the table."

Those who work full-time and study part-time say successful ball-juggling depends on an accommodating employer, supportive family and friends and responsive MBA faculty.

"My wife has been instrumental in helping me pursue this," says Stephan Pocekovic, application sales manager with Oracle Corp., citing his "life-long goal" to earn an MBA.

At 37, married with two young children, and in a job with frequent travel, participating in full-time or part-time weeknight programs was not feasible.

He was accepted at Gustavson 18 months ago – initially impossible given his location in Vancouver. But after the school consulted employers and potential students, including Mr. Pocekovic, the weekend format put the MBA in reach. "Now people can go to Victoria one weekend a month," he says, preferring to study on campus with fellow students instead of taking an executive MBA in a downtown office setting.

Striking a work-life-school balance is not easy. "I don't think you can enter the program, or any program, and take it seriously and not think it is going to test you," Mr. Pocekovic says, praising Gustavson faculty for easing some of the pressure. "They often go out of their way to schedule meetings, conference calls and time to meet outside non-traditional business hours."

Like Mr. Pocekovic, Priscilla Sam credits her employer for facilitating her MBA studies at the University of Toronto's Rotman School of Management.

She attends classes between 7 a.m. and 9 a.m. twice a week, on those days arriving at her event marketing job at Lego Canada Inc. by 9.45 a.m. instead of the normal 8 a.m. start. At 31, she did not want to put off an MBA, seeing it as an opportunity to advance her career, but did not want to leave her job, either.

Though not a morning person, she chose the early start at Rotman over going there for the evening part-time program or learning online.

"In the morning, the only thing I was giving up was sleep," she says. 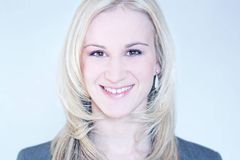 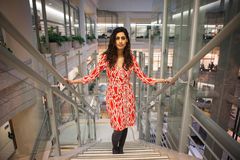 Desktop EMBA opens doors for remote students
April 29, 2018
Follow us on Twitter @globeandmail Opens in a new window
Report an error Editorial code of conduct
Due to technical reasons, we have temporarily removed commenting from our articles. We hope to have this fixed soon. Thank you for your patience. If you are looking to give feedback on our new site, please send it along to feedback@globeandmail.com. If you want to write a letter to the editor, please forward to letters@globeandmail.com.
Comments