It’s been six years since the onset of the recession, and while Canada’s economy has rebounded, albeit modestly, the manufacturing sector remains stuck in the doldrums. Still, there’s cause for optimism, suggests a new study by researchers at the Lawrence National Centre for Policy and Management at the University of Western Ontario’s Ivey Business School in London, Ont. The report, available on the centre’s website, looks at case studies of nine successful manufacturing firms operating in three sectors – auto parts, agri-food and diversified manufacturing. The project’s aim was to uncover the secret to their success and make recommendations that would benefit the broader sector. 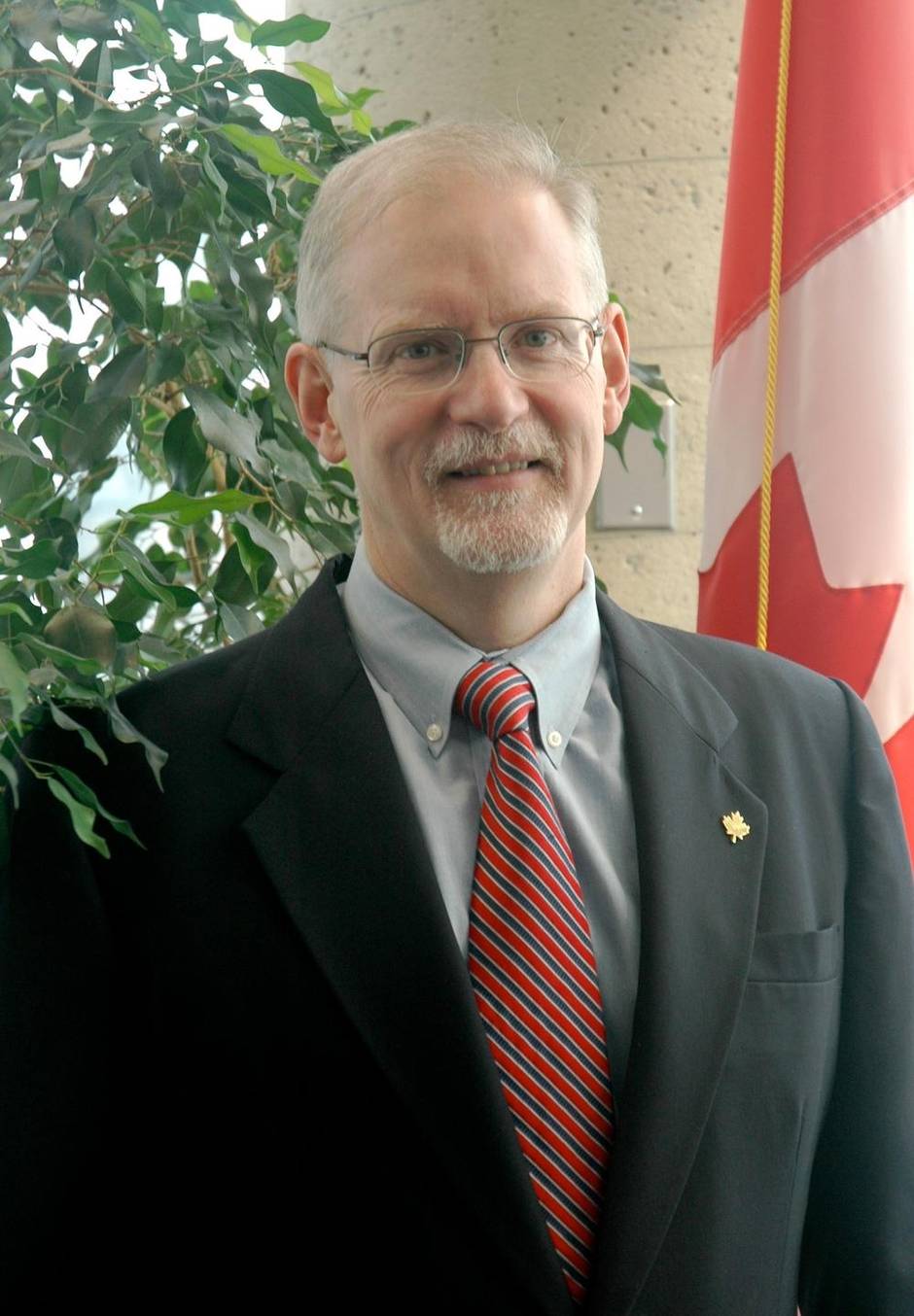 Paul Boothe is director of the Lawrence National Centre for Policy and Management, which conducted the study on Canadian manufacturing.

Here, Paul Boothe , the director of the Lawrence Centre, a former senior federal public servant and one of the study’s authors, discusses the report’s findings and what the centre is doing to implement them.

You have to remember that we mostly have one big customer and that’s the U.S. Although that customer is starting to perk up, it’s still way below the track that you would have expected. So part of it is the demand side. The other cyclical factor is the one [Bank of Canada Governor] Stephen Poloz has been talking about. And that is with the depth and severity of the recession, we actually lost a lot of firms. It takes a lot longer for new firms to start up than it does for existing firms to expand and scale up. For both of those cyclical reasons we’re not seeing the kind of rebound that we would in manufacturing if it had been a more normal recession. But that’s not all that’s going on. The growth in the global economy is not coming from the U.S. It’s coming from the BRICs [Brazil, Russia, India, China]. Those folks are not traditional customers of ours. So what we have to do in order to improve our share of global manufacturing is to get new customers from developing economies.

Your report looked at the case studies of nine manufacturing firms. Why did you choose those companies?

We were looking for leading Canadian firms. We wanted them to have at least 30 per cent of their sales overseas and they had to be leaders in their field, not necessarily at the very top but one of the top in their field. Basically we were looking for diversity among our manufacturing leaders. The question [we asked of them] was to describe the business strategy that has contributed to your success and what best-practice public policy supports manufacturing. Our hope was that there would be some common themes in their strategies and luckily there were.

And based on that you came up with three main recommendations.

We used a bit of a novel process. We had our sponsors, who helped fund the research, and some government departments, including Industry Canada and Ontario’s Ministry of Economic Development, and we got them together with representatives from the firms we studied and the researchers and we held a two day session [in November of 2013] at Ivey’s Spencer Leadership Centre. We said, ‘Here are our findings, do they make sense to you? And what do we do with this?’ I told them that this can’t cost a lot of money because no government has a lot of money. What I was hoping was that they would come to the view that the private sector had the primary responsibility to revitalize manufacturing, supported by government but with the private sector in the lead.

One of the report’s recommendations was that firms should find an experienced corporate executive who has the international experience to act as a sort of mentor. How would that relationship work and how would they go about finding these mentors?

As it turns out there is a really good model for this up and running in Quebec. It’s called the Québec Global 100 Network. The top 20 Quebec firms mentor up to 80 high-potential firms, firms that have the capacity and inclination to go to being global competitors. The QG100 organization brings these folks together and gives the CEOs of the high-potential firms the capacity to connect and try their ideas out on these experienced successful firms. We’re working with [the Business Development Bank of Canada] as a partner trying to get this QG100 idea up and running in Ontario.

At what stage is that at?

We’re in the business plan development stage. We’ve got a plan and now we’re working on marketing it and getting the support from the senior business leaders to make it work. So it’s still early days.

The second recommendation was that firms should partner with high schools and community colleges to educate students about manufacturing jobs and make sure they develop the needed skills.

A lot of leading firms in our case studies had really good educational partnerships for developing skills and when they had the need for it, help with R&D. But one of the things that people said at our conference was that it’s actually quite time consuming to get these [partnerships] established and maintain them. So one of the things we’ve been thinking about, and it’s still in the conceptual stage, is starting what I would call a dating service. First of all identifying who these firms are and what their training and R&D needs are and then looking around in their neighbourhood and having a good understanding of what’s available at a community college or a university and connecting them with the right person. So that those firms can start showing up in those classrooms and talking to students about what they do and start inviting those classes to visit their plants and also help the instructors tailor their curriculum so that it is as helpful as possible for those students who want to go on to a career in manufacturing. These high-skills manufacturing jobs, even though they aren’t white collar management jobs, can actually be quite highly paid.

Who would be the matchmaker in this scenario? Who would link the firms with the institutions?

In the [May of 2014] Ontario budget, the Ontario government gave the Lawrence Centre a grant of $5-million over 10 years to set up the Trillium Advanced Manufacturing Network to work on implementing these recommendations. This is one of the things we are looking to do, to set up a small group and start making these connections.

The third recommendation dealt with the role of governments.

Canada already has some really important assets. It has the best-in-class fiscal regime for manufacturing, it has great skills, a great immigration system, so we’re already quite attractive. But there’s fierce competition. We have to pick our spots and say what is it going to take to get firm X to come to Ontario and is it worth it? Sometimes you’re going to say no, it’s too expensive to attract that firm. It’s one thing to say governments shouldn’t do this and if no other government did it, that would be great but it’s a competitive world for manufacturing and the fact that other countries are competing hard tells you that it’s a valuable activity for an economy to have.

What else should governments be doing?

Working on transportation and trying to relieve traffic congestion. That’s a really important thing for businesses as well as individuals. Fast, safe transit across borders is really important. Another thing our firms talked about is working hard on expanding our portfolio of trade agreements. We have a small number of big trade agreements. Our biggest is NAFTA but Mexico has 40 trade agreements. We hope that eventually we will have a Canada-EU trade agreement. That’s not finalized. We’ve signed one with [South] Korea but there’s lots of work to do there. We’re in talks for a Trans-Pacific partnership but that’s still got a ways to go. Opening up these markets so that we don’t have just this one big customer is a job that only governments can do.

Is there anything else that came out of your study?

We really believe that an important element of this is attitude. We purposely picked leading firms, not average firms. It was partly to show that it is possible for Canadian firms to be successful international competitors. There’s nothing inherent in Canada that says we can’t be successful in manufacturing. There have been several times in the past when people have said, it’s done, it’s finished. And yet it’s been possible for manufacturing to come back and be a really important part of our economy. One of the things we’d like to do with our research is change the narrative, change the attitude of people when they think about manufacturing because we can succeed, we are good at this.