In an e-commerce landscape dominated by global brands such as Amazon and Alibaba, carving out space to do business online can be daunting for small and mid-sized firms with little to no public profile.

Without a Jeff Bezos or Jack Ma to reassure wary consumers their brand is trustworthy, smaller virtual shops can suffer from widely held concerns about fraud related to online shopping.

The problem magnifies the further away the physical business is from its target customer.

That said, Dr. Darke says there are simple and inexpensive ways for even the most modest or low-profile e-commerce operators to encourage hesitant buyers to make a purchase.

The strategies are laid out in Dr. Darke's latest study, published in the Journal of Retailing. Michael Brady of Florida State University, Andrew Wilson of Saint Mary's College of California and consultant Ray Benedictus of Lieberman Research Worldwide also contributed to the paper.

Through a series of experiments, the researchers determined that just by including a photo of a business or the name and image or the business owner on a shopping website, consumer distrust is dramatically reduced.

"The retailer doesn't have to have a physical store," Dr. Darke says. Rather, a visual representation of the brand is enough to create a sense of closeness that, in turn, increases trust.

Maintaining a connection with online shoppers is also important. Whether it's by sending an e-mail or using some other form of electronic communication, that connection can be "anything that creates a sense that shoppers are interacting with a person that is close by," Dr. Darke says.

And the sooner the correspondence arrives in a shopper's inbox, the better. "If it takes a long time to respond to them, it feels far away," he says.

Trust is a big driver of purchase intentions, Dr. Darke notes. It's a primary reason people prefer to shop at companies and stores that are physically close to them.

"Our interest was in showing that, even beyond those advantages, just feeling close to a firm, even one that is 1,500 miles away or doesn't have a physical store at all, can lead to the same trust and purchase intentions as if the store was right in their own town," he says.

The rise of videoconferencing services such as Skype and FaceTime, which make long-distance communication easier, cheaper and more visual than ever, has led some academics to proclaim "the death of distance," heralding a world marked by the frictionless movement of ideas.

But a new study from Runjuan Liu, an associate professor of business economics at the University of Alberta's business school, indicates there are still situations when old-fashioned face-to-face interaction, especially among international partners, is more beneficial to the bottom line than doing business online.

Dr. Liu's research, published in the Journal of Economic Geography, used data from the Survey of International Air Travelers and the U.S. Bureau of Economic Analysis to measure the importance of in-person communications specifically involving companies which outsource services to offshore firms.

According to Dr. Liu, determining when it is appropriate to send managers overseas "really depends on how important or how complicated the deal is."

Companies outsourcing more complex tasks, such as financial services, stand to gain far more from an in-person meeting than those partnering on simpler jobs such as data entry.

In the complicated situations, says Dr. Liu, a face-to-face session can help build trust between partners and, critically, facilitate the flow of information. The result, the study found, is a measured reduction in transaction costs between partners.

Outsourcing complex services also demands more interaction between managers at higher levels in the organization, or among people who don't share the ethnic or cultural background of the country or region where the company is doing business, the study suggests.

On the latter point, says Dr. Liu, employees who are members of the business partner's country "already know the culture and language" so they could get away with using Skype or FaceTime.

University of Alberta marketing professor Barry Scholnick and Adam Finn, professor emeritus at the Edmonton university, are co-authors on the study.

Uncertainty and our perception of time

Anyone who has ever gone on a trip to an unfamiliar place is likely to be familiar with the "return-trip" phenomenon.

That is the sensation of time dragging when you're on your way to a new destination versus what feels like a relatively quick trip home.

The experience is related to feelings of uncertainty over what may happen next which, according to past academic research, warps our perception of the duration of the trip.

"When people are more excited, time seems longer," Sam Maglio, assistant professor of marketing in the University of Toronto Scarborough's department of management, says in an e-mail.

Dr. Maglio's own research furthers that discussion, probing what happens in our minds before and after taking the trip, noting that the more intense the feelings of ambiguity, the longer time tends to feel.

Conversely, if we want to make time feel shorter, then uncertainty should be removed from the equation.

The study's findings have direct relevance to marketers who may play on the excitement of uncertainty to create a buzz around a "surprise" sale or new product unveiling, where consumers are not quite sure what to expect. (Think Apple's highly anticipated reveals of its iPhones, MacBooks and, most recently, ear buds).

That strategy is not without its risks.

"If uncertainty makes it feel like a long time until the new product is finally released or the cliffhanger is finally resolved, maybe this apparent passing of a lot of time will doom both of them to feel like let-downs," says Dr. Maglio.

On the other hand, if a restaurant waits until the end of the meal to mention its dessert offerings, that uncertainty during the meal could slow down the passage of time and make customers feel like they had savoured a lengthy, enjoyable dinner.

"It all comes down to whether you want time to feel like it's moving by quickly or passing relatively slowly, whether it's something to be rushed through or enjoyed," he says.

The study was written in collaboration with U of T Scarborough psychology undergraduate Cherrie Kwok, and accepted for publication in the Journal of Experimental Psychology.

Why a latte tastes better when you pay with cash
August 25, 2016 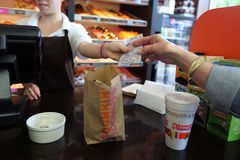 McDonald’s training is now a path to a college diploma
August 19, 2016 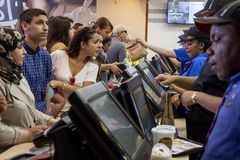 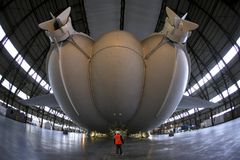