A three-member team from Ryerson University's Ted Rogers School of Management in Toronto won first prize and the people's choice award at the recent Real Vision Investment Case Competition, an international contest that asked competitors to argue whether Amazon or Wal-Mart Stores would be a better investment if forced to hold the stock for 10 years. Ryerson's team was the only Canadian entrant in the competition, which was hosted by The Economist magazine. It chose to invest in both companies by recommending an investment portfolio that both minimizes risk and captures growth over the 10-year period, a move the judges called "genius." Teams put forth their analysis in a five-minute video. Here is the Ryerson trio's account of their victory.

Packaging a case solution, whether you have a few hours or weeks, into a coherent story backed by solid analysis is no easy task. Things get even trickier when you're pitching two esteemed investment gurus [contest judges Grant Williams and Raoul Pal] via homemade video on what their investment of choice should be for the coming decade.

At the outset we weren't entirely sure how to approach the challenge. We knew it had to be a good story – farfetched enough to be remembered, but reasonable enough to be commended.

We went back and forth for days in our student cubicles, poking holes in each other's arguments, trying to make sense of our thinking. I distinctly remember stepping back from the whiteboard chaos and realizing we were trying to combine three distinct trend sets – economic, finance and industry – into a unified outlook. With no existing frameworks like this, we set to work building one of our own.

While the current job market places a premium on technical savvy and hard skills, soft skills are often overlooked in the path to success. In this case we applied a heavy dose of creativity, a strong narrative and a one-of-a-kind model to turn the hard sell of two corporate monoliths trudging toward 2025 into a compelling investment solution.

Case competitions are so much more than analyzing a problem and effectively presenting a solution. They're real-life boot camps that challenge you to think on the fly and under pressure in order to convince executive professionals of the real-world validity of your concept. Without question, they've been the best part of my MBA experience.

I began the Ryerson MBA program in the summer of 2015. I had read about Ryerson's huge successes participating in different case competitions, and was eager to be a part of them. When our program director asked me to join The Economist contest team, I wasn't sure what it would entail, but I learned in life that if someone of stature offers you an opportunity, just accept it and figure out the rest later. Only then did I realize what I had really signed up for.

For the three weeks of this competition, Amazon and Wal-Mart were the only things on my mind. I poured through each detail of their business day and night, wondering endlessly about how we could portray their layers. I've been heavily influenced by Scott Page, a social scientist who talks at length about models, and I have a deep interest in looking through complex organizational structures to identify the factors contributing to their competitive edge. My big value-add to the team was this ability to see through ambiguity and distill it into simple terms.

As a childhood fan of Lego, I was thrilled to incorporate the idea of building blocks into our video submission. Part art, part strategy, the incorporation of Lego helped us deconstruct and illustrate our thinking.

I am of the opinion that success is the result of all the people in our lives – parents, teachers, friends, peers and family – who contribute to building who we eventually become. In this case, success was the combination of our team. While I was the new kid on the block venturing into a new experience, both Jesse, who brought his financial expertise, and Krysten, with her command of digital media, already had strong track records representing Ryerson in previous cases. Though it was a gruelling three weeks, it was a pleasure working with, growing with, and learning with them. I'm thankful to share this success with our team, and our school.

The Economist's investment challenge was one of the most intense and ambitious projects I had ever been a part of. Though we put it all together in a mere three weeks, our anticipation about the results had been building for months, because we felt wholeheartedly that we had created something special.

During the introduction of our presentation, Krysten spoke about the storied fable of The Tortoise and the Hare. She noted how the hare could be considered "a pace-setter that's quick to innovate and push boundaries." Although the hare didn't win its race in the fable, these were some of the qualities it took for our team to cross the finish line first.

We set pace by presenting a storyline full of nuanced language and imagery, which breathed life and character into the details of our process. We innovated with our unique analytic and forecasting models, because there's no basis for predicting what the next decade holds; and we pushed boundaries by refusing to settle for anything less than perfection – no matter how much sleep it cost us.

Each of our team members' individual personalities and contributions were noticeable on the final product, like a signature. From Krysten's design and research acumen, to Saad's imaginative archetypes, to my offbeat financial insights, this project stands as a brilliant reflection of our combined efforts, talents, experiences and aspirations.

It's been a privilege to have competed with and against some of the finest business-school students in the world, and I'm proud to have represented the Ryerson MBA program in this terrific achievement.

How we won a business case competition in our very first try
April 10, 2015
How we hit a home run at baseball case competition
May 19, 2015
Valuable business lessons learned outside the classroom
December 1, 2015 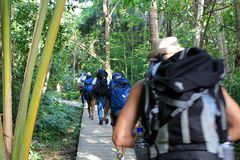