MARLENE HABIB
Special to The Globe and Mail
Published November 2, 2012 Updated May 9, 2018

Research at business schools tackles problems that range from curbing dishonest behaviour to how arms dealers market themselves. Here is some of the latest research by experts in business programs at Canadian universities:

Adding a signature to tax, insurance and other forms typically means that whatever information you've provided is accurate. But that's not always the case.

Tax fraud in the United States, for instance, amounts to about $345-billion (U.S.) annually, while insurance fraud totalled $80-billion in 2006, according to research by Nina Mazar, an assistant professor of marketing at the University of Toronto's Rotman School of Management, and four U.S. colleagues.

But Dr. Mazar and her fellow researchers have found a simple way for companies and governments to cut down on cheating: make people put their signatures at the beginning of the form, rather than at the end of it.

"The problem with curbing dishonesty in behaviours such as filing tax returns, submitting insurance claims, claiming business expenses or reporting billable hours is that they primarily rely on self-monitoring in lieu of external policing," according to their paper published in the Proceedings of the National Academy of Sciences of the United States of America.

While many government and business forms rely on "honest reporting," with the signature field placed at the end of the forms, "people sometimes cheat to advance their financial self-interests – at great costs to society," the paper notes. But a simple change of the signature location, to the beginning of a form, "could lead to significant improvements in compliance."

Dr. Mazar, who has been at Rotman since 2007 and specializes in behavioural economics, says signing a form before you even read what's in it tends to activate people's moral sense.

"What we believe is that there is a small group of people who don't care about morality, and they will cheat by what they think is reasonable," she says. "But if you have the vast majority who cheat by even a small amount, if you add all that up, it is quite costly to society."

"Our thought in our research was, 'Let's try to find a nudge to help those people be more honest and lower the cost to society.'"

The researchers found attesting to the truthfulness of information before a form is filled out tends to activate people's "moral sense."

Dr. Mazar, Lisa Shu of the Kellogg School of Management at Northwestern University, Francesca Gino and Max H. Bazerman of Harvard Business School, and Dan Ariely of the Fuqua School of Business conducted three experiments to gather their findings.

Their largest experiment focused on analyzing about 13,000 U.S. auto insurance policy forms involving more than 20,000 cars. It found insurance-holders who signed the forms at the beginning on average reported 2,428 more miles (3,907 more kilometres) driven than customers who signed their forms at the end – adding up to a $48 or more differential in the two groups of customers' annual insurance premiums per car. Given that the annual per-mile cost of auto insurance in the United States is from four to 10 cents, Dr. Mazar says the research has already gained the interest of insurance companies and government agencies in Ontario.

The weapons industry has a reputation for being cloaked in secrecy because of the sensitive nature of the business, which in 2011 amounted to about $1.5-trillion in global defence spending, according to Jean-Philippe Vergne of the Richard Ivey School of Business at Western University in London, Ont.

But arms firms are becoming more open and transparent, helping advance their own causes and the standing of the industry as a whole, says Dr. Vergne, an assistant professor of business strategy who studies how arms firms survive in a "socially contested industry."

Dr. Vergne joined Ivey more than a year ago, after spending time in New York and Paris for his dissertation. His work has appeared in publications such as the Academy of Management Journal. He says his research is based on interviews with industry members, data from 200 of the world's largest arms producers from 1996 through 2007, as well as information in a dozen newspapers during that time.

In an interview from his London office, Dr. Vergne, 29, said that a couple of years ago, he visited one of the world's biggest arms trade fairs, where firms showed their latest weapons, military technology and equipment to customers, including representatives of armies and government defence ministries.

"These fairs are usually secretive, and not open to the public," he said. "You would see representatives from foreign armies and governments walking with suitcases full of cash as they negotiate with arms companies. Twenty years later, that happens a lot less."

But arms firms are under more pressure from non-governmental organizations, such as Amnesty International, that are monitoring the industry and demanding to be let into such events to see how they work, Dr. Vergne says.

"These NGOs are able to create lot of media buzz around events, and when they aren't being let in, that creates a bad reputation for companies and organizers of fairs, but being more transparent helps them gain legitimacy."

Dr. Vergne's research has also found that industry stakeholders tend to put arms producers in different categories that affect their reputation, such as country of origin, with some countries seen as being more secretive than others (for instance, France is seen as being more transparent than Russia).

As well, firms that are well-diversified between military and civilian products tend to have a better reputation, the research shows. Boeing, for instance, is one of the top three arms producers in the world, yet the company is known more for its commercial aircraft, Dr. Vergne said.

"A key message for [arms firms] managers is they're very often concerned about the reputation of their own firm, but they're not often enough concerned about the industry as a whole," he says. "But if one competitor is targeted by a scandal, you can think of it two ways: It's good for our firm and you can get a competitive edge, but people can generalize that all firms in the industry are the same – and that could contaminate my firm."

Victoria expert on how microfinance can boost profits and crack poverty

Microfinance, a form of lending to low-income individuals who tend to be overlooked by mainstream banks, is viewed as an emerging investment trend that can help to pull people out of poverty.

But as Josh Ault of the University of Victoria's Peter B. Gustavson School of Business has discovered, microfinance is no "silver bullet."

Microfinancing was developed in the 1970s by Muhammad Yunus, a Bangladeshi banker who won a Nobel Peace Prize in 2006 for his work.

"There are really two models of microfinance: non-profit and for-profit. I look at whether businesses, if you're doing this for profit, are you achieving both of your goals – are you making a profit and at same time helping poor people," Dr. Ault explains. "Organizations can kind of get off-track on either one of those sides of the coin."

Dr. Ault's paper on microfinance, the subject of his dissertation, is co-authored with a U.S. colleague and is expected to be published in a major peer-reviewed business journal in the coming months.

The research focuses on the effectiveness of microfinance, specifically, in what circumstances will it work to foster business while alleviating poverty, including helping people who otherwise wouldn't get credit to develop their businesses.

"There is a tendency with big global problems like poverty, once someone has found a solution, a lot of people start looking at it as the solution," Dr. Ault says. "But more recently, there have been problems with microfinance – India went through a crisis in 2010 similar to the mortgage crisis in the United States, and some people have come out and said microfinance is actually hurting the poor rather than helping them.

"As an academic, I'm saying, maybe look at the middle of these two arguments: Rather than saying is it good or bad, ask, 'When will it work? When won't it work?' and target strategies to those situations."

Dr. Ault says many supporters of microfinance feel it can be presented as a solution for troubled governments in countries such as Haiti, Ethiopia and Kenya. However, his research finds the opposite – "that commercial microfinance is working best in developing countries with governments that are pretty good, such as Mongolia and Latin America, because they have "market-supporting institutions" such as reputable police forces, court systems, property rights protection and other elements that make it easier for businesses to function.

Global business programs have students living out of suitcases
May 9, 2018 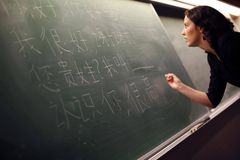 Wilfrid Laurier B-school dean on the cutthroat world of business education
May 9, 2018 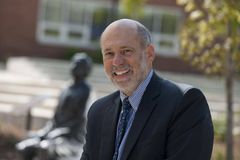 Three B-school case studies you may not know about
May 9, 2018 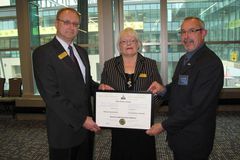 Gift or graft? Laws can snag even well-meaning firms
May 9, 2018 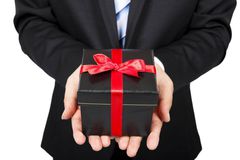