After convocation ceremonies today at Queen's University School of Business, some of the 2012 MBA class will leave with more than their diploma. In a voluntary initiative, 68 of the 116-member class have chosen to sign a pledge to demonstrate integrity in their business life.

In doing so, they are latching on to a worldwide trend by business-school graduates to take a stand against high-profile misdeeds by executives (some, but not all, with MBAs).

In 2004, at the instigation of the alumni board of directors, the Ivey School of Business at the University of Western Ontario became the first business school in Canada whose graduates publicly swear to "act honourably and ethically in all my dealings, in the belief and knowledge that doing so will lead to a greater good." In taking the pledge, a response to the Enron and WorldCom scandals a decade ago, Ivey graduates also receive an individually-numbered ring.

Almost all Ivey graduates take the pledge, according to an Ivey spokesman, with more than 5,300 alumni signatories over the past eight years. At Ivey's most recent graduation ceremony in March, Dean Carol Stephenson praised the 2004 decision by the alumni board which, she said, "felt that it was critical for Ivey's new graduates to make a public commitment to creating a business environment in which openness integrity, ethics and community service is practices and valued."

Five years later, the 2009 MBA class at Harvard Business School adopted the 'MBA Oath,' which was later embraced by more than 250 schools globally, including 24 in Canada. The Harvard oath, like that at Ivey, seeks "to facilitate a widespread movement of MBAs who aim to lead in the interest of the greater good."

The Queen's initiative dates to 2011, when then-MBA student Don Sun led the drive to introduce the pledge, signed by 63 of his 119 classmates.

"The financial woes we have had since 2008 obviously impacted the world a great deal," says Mr. Sun, a continuous improvement advisor with Canadian Pacific Railway Ltd. in Calgary. Part of the problem, he adds, "is [some] people's unwillingness to do the right thing when it comes to doing business."

For Mr. Sun, the test of integrity begins with everyday choices, whether choosing to leave early, waste time at work or chisel on one's expense account.

"If I make one small decision that moves into a gray area that helps me and is not morally right…then it becomes more comfortable to make those small decisions and move from light gray to black," he observes.

He faced some skepticism over the value of an unenforceable pledge, but argues any effort to promote ethical behavior is better than nothing.

This year, more than half of the MBA class at Queen's signed the pledge, a slightly higher proportion than a year ago.

"I thought it was a genuine and righteous thing to do," says Kenneth Chow, a member of the student executive council who helped organize this year's pledge effort. "If you set the tone from day one, when you are your purest, that is a good way to move forward into your career."

Tania Carnegie, national director of community leadership at KPMG, who spoke to the 2012 Queen's class at their pledge-signing ceremony last month, is encouraged by students "wanting to take personal accountability."

She urges business graduates to "think about what you want to accomplish in your career and the various tools to help you do that. The 'MBA Oath' is one of those important guiding reference points – a compass."

A new report on the global job outlook for recent business graduates shows Canada is an attractive destination for students and employers.

The 2012 Corporate Recruiters Survey, released May 21 by the Graduate Management Admission Council, found that Canada ranked third behind Asia and the United States as an employment destination for recent graduates from East Asian business schools. By comparison, Canada ranked fourth and fifth, respectively, for those from Africa and Latin America and from Eastern Europe, Central Asia, the Middle East and the United States.

The survey also underscores a trend to global mobility, with employers looking beyond their own borders to place their MBA hires. According to GMAC, 35 per cent of Asia-Pacific companies in the survey planned to send their new MBA recruits to Canada compared with 27 per cent of firms sending newly-minted MBAs to the U.S.

"It seems like Canada is a hot spot for employers to place candidates," says Michelle Sparkman-Renz, director of research communications for GMAC. She says Asian firms, in particular, want to expand their global presence. "Among the companies we surveyed, it looks as though Canada will be important to helping them reach some of the [expansion]goals they expressed to us."

Perhaps not surprisingly, 87 per cent of Canadians with MBA or other graduate business degrees were looking for jobs in Canada, according to the survey.

The survey of 1,100 recruiters from 800 companies in 40 countries also found that global MBA hiring is up, with 79 per cent of firms planning to hire recent MBA graduates, compared with 72 per cent last year. How to move product without destroying the Earth
April 26, 2012 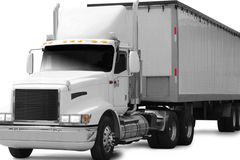