This week, Treasury Board Minister Tony Clement elaborated on the federal government's proposal to modify sick leave policy for public sector employees. The proposal includes five to seven sick days a year, changes to disability leave, and the elimination of bankable sick days.

Mr. Clement's comments come in the wake of a September of 2013 report by the Conference Board of Canada regarding the costs of absenteeism to employees, employers and the Canadian economy. Estimates of the exact costs, however, vary widely – the Conference Board report estimates total economic losses at more than $16-billion a year, but other sources attach different costs.

Such discrepancies are due in part to ambiguous costs such as stress on other workers due to co-worker absence, loss of workplace synergies, or decreased morale.

The fact that the cost is so difficult to define makes it more difficult for employers as they craft policies to reduce the burden on their business.

Absenteeism also varies widely across industries – the health care and social assistance industry, for example, averages 14 days a year, whereas the utilities industry averages 7.3 days, according to the Conference Board. Unionized workers, employees in large organizations, and public sector workers also tend to take more time off.

Data like this can be interpreted in a variety of ways. "One has to be quick not to jump to conclusions," says Rick Hackett, professor and Canada Research Chair in organizational behaviour and human performance at DeGroote School of Business, McMaster University, in Hamilton. "Even identical data might be telling two different stories."

Highly specialized professionals, for example, are far harder to temporarily replace than those in lower skilled positions, so their absence will have a higher impact. Many other factors need to be considered, from the type of work missed, to employee workload, to more subjective variables.

"Compared to 15 or 20 years ago, absenteeism isn't a blanket indicator of being a good employee or a bad employee," says Eric Patton, associate professor and director of the Managing Human Capital Program at St. Joseph's University in Philadelphia, Pa. "There are a lot of jobs nowadays where absence is not really a problem."

Knowledge workers, for example, often work independently, and a day or two missed may have only a minimal affect on other workers.

Technology and the ability to telecommute, in particular, has blurred the lines between home and the workplace, meaning people working out of home offices can often remain productive through illness or disability.

Over all, nearly a limitless number of variables affect absenteeism, from an employee's job description to personal motivation, to age and gender. As a result, flexible policies are key, say those studying the issue.

Dr. Patton adds, "It's much more sensible to empower individual managers – who know their employees, who know their department, who know what work can be done at home – to make strong decisions." He contrasts this to "broad, top-down policies."

Bank of Montreal, for example, offers a benefit called People Care Days, which gives managers the discretion to offer short, paid time off to employees during regular work hours. "It's intended to help our employees balance multiple work and non-work commitments," says Natalie Scott, managing director of benefits and recognition at BMO.

The benefit has no maximum, and instead relies on the discretion of managers and workers. "We're going for flexibility," says Ms. Scott, "and an acknowledgment that we're all professional, and there will be instances where the unexpected comes up."

Many Scandinavian countries, for example, have more generous absence policies than Canada, and, as a result, have higher absence rates.

"It opens up the conversation with their manager and their team," Ms. Scott says. "Rather than calling in and lying about coming in … they can say, 'This is what's going on in my life.' Having that relationship in the workplace is very helpful."

Mr. Patton says workplace culture is critical in keeping absenteeism down. "If you have a work environment that is characterized by fairness, by equity, by a group of people who are cohesive, people won't want to lie and let their co-workers down." 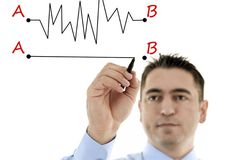 This business program changed the future for these newcomers to Canada
January 15, 2014
Religious communities keep companies from sinning
February 7, 2014