Some university students spend what little extracurricular time they have playing intramural or club sports. Others might join a debate team or the knitting club. Some will start their own dance group or even play Quidditch, the game from the Harry Potter books.

But only a select few will risk hundreds of thousands of dollars of real money navigating the investment world of hedge funds.

At Queen's University in Kingston, some MBA and Master of Finance students are doing just that. A handful have been selected to participate in the Queen's University Alternative Asset Fund (QUAAF) – a student project in which an executive team of students, plus analysts, will discuss, monitor and eventually invest in the hedge fund market using real money from the university's endowment fund.

There are no simulations here.

QUAAF started three years ago when a group of graduate students came to Peter Copestake, executive in residence of the Queen's School of Business, hoping to turn the skills they were learning in class into practical experiences.

There were investment clubs at the undergraduate level, but the group asked what the viability of running a program at the master's level would be.

Queen's MBA programs are usually just one year, so there would be a lot of student-staff turnover on the project.

"We built a whole series of sustainable business models with the students, a strategy that would allow them to grow their academic and educational experiences in a practical way," says Mr. Copestake, who's now also the QUAAF board's chairman. "The outcome was QUAAF."

The original group of students showed the board how committed they were to the project by each putting up $6,000 of their own money. It was a first in Canada. The gesture was not necessary, Mr. Copestake says, but it did go a long way in showing the board members how much the project meant to the students.

"We felt it would be more appropriate to try and seed the funds with endowment money rather than use the student's own funds. Therefore, they would become accountable as managers as they would in the real world," Mr. Copestake explains.

As the project got off the ground, the board and participants went through the motions of any startup. The students learned how to manage human resources, accounting, marketing and accountability to a board.

It's the program's connection to real life that inspired current QUAAF chief executive officer Tamas Toth to join the executive.

Mr. Toth, a native of Hungary, has studied or worked in Ottawa, Budapest, New York and now Kingston. He fostered a relationship with QUAAF's prior executive before applying for CEO this year.

The opportunity to work on a project with a real outcome was too good to pass up, he says. He has a sense of responsibility as CEO dealing with real money, and protecting the portfolio in front of the board.

"You get to learn all the operations of running a [real] fund. When you're trading paper money, you're just talking to a computer," Mr. Toth says.

Given the time commitment necessary to be involved in the project – it ranges from eight to 15 hours a week – it's hard to imagine participants have time for anything else.

Not so, says one of the youngest members of the QUAAF executive, 25-year-old Alex Bauer. He is also one of the first students in the joint MBA/MFin program on the project.

"I wouldn't say I don't find time to have the student experience. It's all a part of the process and it's something that we emphasize," he explains. "At the same time, we [the executive] value hard work and put it forward first and foremost."

For now, QUAAF remains a privileged extracurricular project, but Mr. Copestake says discussions are under way to see that students who join the project get academic credit for their work.

"It's a privilege program at the moment," he says. "We're moving more and more toward the idea that there is great value [in the program]."

Both Mr. Toth and Mr. Bauer are proponents for the change.

"We would have to measure peoples' performance and have an academic portion to the fund, but we believe we have been doing that," Mr. Toth explains.

"It's consistent with what you have in [a] course with deliverables and time assessment. It's definitely academically challenging," Mr. Bauer adds.

Queen's is not the only school to put real money in play. The Sauder School of Business at the University of British Columbia in Vancouver, for example, also has an undergraduate initiative called the Portfolio Management Fund Program. It's an intense, extracurricular project that just celebrated its 25th anniversary. Students are admitted after their second year of a bachelor of commerce program at UBC, and a select few have an opportunity to get training for a career in global capital markets, enjoy summer internships in cities across North America and manage a $6-million portfolio.

A unique fund exists at the Ivey Business School at University of Western Ontario in London, Ont. The Ivey Value Fund, founded this year by finance professor George Athanassakos, is part of the investing experience that is offered at the Ben Graham Centre for Value Investing. It's the first value fund that invests real money in publicly-traded North American equities recommended by students. The students are enrolled in a the Value Investing course, and it also applies hedging strategies taught in one of Ivey's new courses called Strategic Hedging for Value Investors.

At Wilfrid Laurier University in Waterloo, Ont., there is an undergraduate program called LSIF – the Laurier Student Investment Fund – in which students get credit for their work.

LSIF, established in 2001, is comparable to QUAAF with respect to the executive, application process and the investment of real money.

Participation is also highly competitive, but "the most common comment is that [it] was the best course of their university program," says Brian Smith, finance professor at Laurier and faculty supervisor for LSIF.

Because LSIF is an undergraduate program, it doesn't have the same challenge of turnover like QUAAF at the master's level.

The hedge fund life cycle is more long-term, meaning the staff must do research over long periods of time. That doesn't mean the fund isn't growing though, confirms Mr. Toth.

"The students aren't taking any management fees or performance fees, so if you actually compare it to a fund of funds in the real world, by default, we are going to outperform those funds because we're not taking 20 per cent of the profits," he says.

QUAAF has been equally well received by those already in the industry and the students. Opportunities to network abound. The students have had the ability to meet the fund managers whom they may invest in from Day 1, Mr. Copestake says.

The program is as real as it gets for its participants, and they're happy for the opportunity.

"It does have the theoretical aspect that you should be putting forward in the industry but it also allows you to get the practical sense," Mr. Bauer explains. "And that's essentially what an MBA is all about." 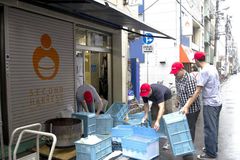 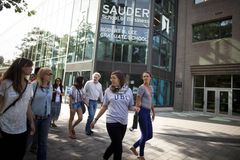 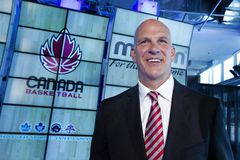 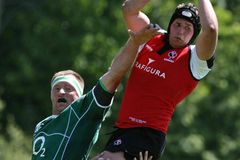