Given the cost of a graduate management degree (just less than $100,000 at the top Canadian schools), an uncertain job market and reduced employer support for study leaves, does it make sense to invest in an MBA?

The word from alumni, globally, is yes, according to a new report by the non-profit Graduate Management Admissions Council, which publishes the standardized admissions test widely used by business schools around the world.

In a GMAC survey of more than 14,000 business school alumni from 70 universities in 20 countries, 93 per cent of respondents rated their graduate management education as personally rewarding. Eighty-nine per cent said it was professionally rewarding and 75 per cent found it financially valuable.

Nine of 10 respondents (93 per cent) said they would pursue a graduate business degree again, and alumni were "extremely likely" to recommend the various master degrees now on offer to others.

According to the 2016 Alumni Perspectives Survey Report, graduates generally recoup their investment in business school education within four years of earning their degree, with the payback time varying by program.

Women report financial gains from their graduate management education, with a predegree to postdegree salary gain similar to men (a median increase of $20,000 U.S.). But a gender pay gap remains because women earn less than men before they arrive at business school, the report authors conclude.

A new dean at Dal

A top Canadian food industry researcher and university administrator has been appointed as dean of Dalhousie University's Faculty of Management, effective July 1.

Sylvain Charlebois, currently associate dean of research and graduate studies in the College of Business and Economics at the University of Guelph, is a co-founder of its Food Institute.

At Dalhousie, Dr. Charlebois will hold a cross-appointment in Dalhousie's faculties of management and agriculture, according to a university press release announcing his appointment this week.

He succeeds Peggy Cunningham, who stepped down last year at the end of her five-year appointment.

The hottest addition to the business school curriculum is data analytics – as in how to marshal statistical information to glean insights on consumer buying preferences and other profit-driven imperatives for companies. But most of the new certificates and degrees are aimed at graduate students.

Why shouldn't the exploding field of data analytics be available to undergraduates, too?

That was the question posed last year to Steven Murphy, the dean at Ryerson University's Ted Rogers School of Management, by fourth-year business management student James Tieu and several classmates.

With financial and in-kind support from the business school, Ryerson's Digital Media Zone (an incubator space for startups) and IBM's Watson Analytics program, the students led the charge to offer free "big data" workshops since January (and more to come) to Ryerson students and the public.

"Companies want these [data] skills now and students want to learn these skills," says Mr. Tieu. "Why should companies wait for people to go to graduate studies?"

Dr. Murphy, who says he receives several program-related overtures a year from students, jumped at the chance to support an extracurricular activity that could get off the ground quickly without the administrative approvals required for a new course.

"It is so out of the ivory tower," he says of the student-led Zone Learning Analytics School established last month. "That's the point; that's why it works."

The student initiative caught the attention of IBM which, this month, expanded its global academic program to spread the word on Watson Analytics, the company's new service that seeks to teach non-technical users to make the most of data. For the Ryerson project, IBM donated 15,000 complimentary licences for Watson Analytics to Ryerson students and faculty and provided other support through the company's Big Data University.

Randy Messina, IBM's worldwide academic leader for Watson Analytics, says he has worked with more than 400 universities that use the company's tool to promote data literacy broadly, not just for those with specialty training. The Ryerson initiative in unique, he says, in being led by students.

"This was an awesome opportunity," he says. "We build Watson Analytics into existing courses without a problem; this [Ryerson project] is a grassroots movement by students."

Working with the education sector, says Marc Altshuller, IBM vice-president of Watson Analytics and Business Intelligence, is "one of the best methods we have seen historically for bringing tools [to market] and changing the mindset or approach that analysts take in the workplace."

By training students in Watson Analytics, he adds, "We thought maybe the best way, literally, is to grow up with them."

Meanwhile, Mr. Tieu and his student colleagues are not done yet, with plans for free workshops, tutorials, a hackathon and a conference on data analytics in coming months.

"I have learned much more than I have in the classroom," he says of his student initiative. "The feeling you get from seeing something grow and to be able to leave a legacy for students is very gratifying."

First Nations, Métis and Inuit students are the target audience for a new undergraduate commerce scholarship at the Smith School of Business at Queen's University.

An aboriginal student with demonstrated financial need, academic achievement, leadership skills and school or community involvement would be eligible for an annual scholarship of $9,000 (more than half of annual tuition at Smith) through the Birch Hill Equity Partners Achievement Award, funded with a $1-million endowment.

"Unemployment rates among aboriginal youth between 19 and 24 are at unacceptably high levels, reported at nearly 23 per cent in 2011," Birch Hill co-founder John MacIntyre, a 1978 Queen's commerce graduate, stated in a press release. 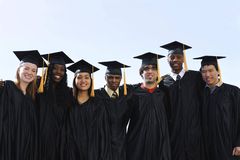 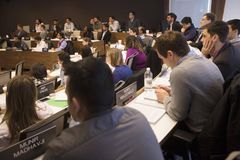 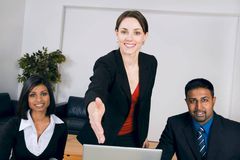