Don Trynor is a product management executive with more than 15 years of experience managing technology-based products and services. He is enrolled in the executive MBA program at the Rotman School of Management in Toronto. This is his second submission to EMBA Diary.

Studying abroad as part of an MBA program can be an enriching experience for students. Students, generally, have the options of taking their entire MBA program in a foreign country or attending a Canadian school that allows students to take a portion of their program at a foreign school. Either way, this can be extremely beneficial for students, providing them with invaluable international experience, plus the ability to meet new friends and build their professional network in their host countries.

When I was considering which school to enroll in to earn my executive MBA, one of my must-haves was the opportunity to study abroad for a portion of the program. Being an avid traveller, I have always enjoyed the experience of visiting another country, learning about its culture, food, lifestyle, architecture and taking in the natural beauty of its landscape. In addition, I thought such an experience might also open the door for me to be able one day to work in another country. Accordingly, I was very attracted to Rotman's EMBA, as it promoted studying abroad for a week at partner schools, including those in China, Italy or the United States.

In March, Rotman provided EMBA students with the list of international modules and their corresponding locations, to which each student could apply to study an elective. (Students cover their own travel-related expenses, including the flight, food and lodging.) For our EMBA class, the options were either the International Business School Suzhou (IBSS) in Suzhou, China, or the SDA Bocconi School of Management in Milan, Italy.

Being a product management executive specializing in technology-based services, it was natural for me to choose an elective that would complement my skill set, so I opted to apply to an SDA Bocconi module related to service and value. Before then, I had never heard of the Italian school; however, after a little research, I was surprised to learn that it was one of the top-ranked MBA schools in Europe, and so this was a bonus, too.

About a month later, I was delighted to learn I had been accepted to the program, which took place during the first week in July. Two of my classmates, Jasmine Wong and Kelly Grieves, were accepted to take the same module that week as well.

Since our planned studies at SDA Bocconi were to occur during one of our finance exams, we were required to write it early on the morning of June 29. Following that, we were all off to Milan that evening and landed there around 10:30 a.m. the next morning.

Having 2 1/2 days before classes started, we decided to go to Cinque Terre along the Italian Riviera to hike the trail on the Mediterranean coast between the picturesque towns of Vernazza and Monterosso, which was a great way to clear our minds and begin shaking off the six-hour time difference between Toronto and Italy. Unfortunately, it was not enough for me, as the night before classes started, I was able to get only about two hours of sleep, making for a groggy beginning to my big week and bringing a swift halt to my three-year, self-imposed caffeine moratorium. Perhaps not such a bad thing, given that Italian coffee is so good.

The first morning at SDA Bocconi began with a reception breakfast, where students participating in the various study modules met one another and the SDA Bocconi staff. I met fellow EMBA students who were attending business schools from all over the world, including China, Israel and the United States, in addition to those from SDA Bocconi.

In our service and value class, conducted in English, there were about 20 students, half of whom were from SDA Bocconi. The class itself was focused on the topics of creating customer satisfaction and value specific to services, including strategies related to creating exceptional customer experiences, pricing and costing to maximize profitability for service-oriented businesses.

During the week-long program, we spent a lot of time getting to know our classmates, both during class and through social activities. In addition, we experienced how MBA classes are delivered at SDA Bocconi, which has many similarities to those at Rotman but some notable differences. One of these was that the examples and case studies discussed in class involved mainly Italian or European companies, which provided the foreign students with additional insight into business operations in the European market. For example, I never knew that the Bologna area is commonly known as "Packaging Valley," as apparently the companies in that area of Italy are the masters of all things related to product packaging. Another difference was the amount of discussion in class – somewhat less than at Rotman.

Over all, I found my international exchange module at SDA Bocconi to be the experience of a lifetime. I got to make many new friends, learn more about how business is conducted in the Italian and the European markets, and further develop my understanding around delivering profitable services with top-notch customer experiences. The trip was amazing, providing the kinds of rewards I was hoping for.

How an executive MBA can help fast-track a career transition
May 16, 2017
Studying in Italy is not all la dolce vita
October 21, 2015 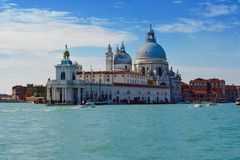 India immersion yields lessons in culture as much as business
August 30, 2017 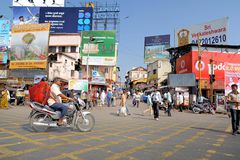