The patio at the residence of the Canadian Consul General in Hong Kong was packed with dozens of people − some executives, students − when Consul General Ian Burchett stepped to the microphone.

This reception, attended by 150 alumni and guests of Ivey Asia, celebrated the 15th anniversary of the school's presence in Hong Kong. When it opened its doors in 1998, the branch campus of the University of Western Ontario's Ivey Business School was the first North American university to set up a permanent campus in greater China. Mr. Burchett credits the school with building Canadian-Hong Kong business connections and contributing to the growing merchandise export market. Now, according to the school's dean, Janet De Silva, Ivey Asia is poised to expand its educational offerings into mainland China.

With rule of law and a regulatory environment similar to Western markets, Hong Kong is a useful platform for companies looking to enter emerging Asian markets. Approximately 200,000 Canadians live in the dense city, and the majority maintain business or professional ties in Canada.

Dr. De Silva sees opportunity in this strategic position. When business schools originally established branch campuses abroad, they were responding to a demand for Western university credentials, in particular MBAs. The competition centred on brand recognition, pitting Ivey Asia against Columbia, London Business School, Harvard and Chinese universities for students and revenue. But recently the school has found a new niche: offering access to Canadian expertise.

"We've got a lot of Chinese both state-owned and private enterprises that have built up very large, successful domestic businesses, and now have aspirations of accessing new markets," Dr. De Silva said in the modest offices nestled in a corner of the iconic Hong Kong Convention and Exhibition Centre. "They realize that while they're brilliantly equipped to operate in China, they don't have the exposure and the understanding to navigate Western markets."

This year marks the first time that Ivey Asia is offering programs entirely in Chinese languages. The school is delivering courses in international finance, global strategy, marketing and leadership to 30 executives in Hong Kong and Beijing.

Expanding into mainland China hasn't been without its challenges. The school spent the past two years in discussions with China University of Political Science and Law (CUPL), China's No. 2-ranked law school, developing plans to offer a joint MBA program in Hong Kong and Beijing focused on legal management. Last year, Ivey Asia ran pilot courses to test translated case studies and ensure its faculty were comfortable with teaching using simultaneous translation. CUPL and Ivey Asia signed a 10-year agreement. Last November, Dr. De Silva said they were recruiting "executives who are trying to build the skills acumen to be able to operate internationally."

Just a few months later, though, those plans have screeched to a halt. "The ministry approval didn't come through in time," Dr. De Silva said, adding that it is unclear whether the program would go forward at all. "We're in China and sometimes that means we have to take a left turn."

But opportunity can sometimes lie in those left turns. When China recently announced sweeping changes to how it regulates its hospitals, Dr. De Silva saw an opening to market Canada's health care management expertise. Currently private hospitals in China see just 9 per cent of all hospital visits; the government hopes to push that to 20 per cent. But many hospital executives are medical doctors without the business knowledge to manage growth.

To respond to this expertise gap, Ivey Asia is forming a partnership with an organization representing 31 private health care facilities to develop an education program for their executives. Dr. De Silva plans to take advantage of the Canadian MBA program's classes in health care and capitalize on Ivey Asia's connection with Western's medical school. (She wouldn't give the name of the organization until an agreement is signed, which is expected soon.)

"The mainland opportunity we see as tremendous," Dr. De Silva said. "Yes there are a lot of strong Chinese universities in the mainland, and there are a lot of international business schools trying to access activities there, but we have the ability to create international exchange and learning opportunities at our Canada and London campuses, and we benefit from having Ivey alumni in very senior roles in a number of Canadian, U.S. and Hong Kong companies."

According to a recent report by the Asia Competence Task Force, Canadian companies may be missing out on opportunities to do business with China because Canada isn't "Asia competent." Here are three areas companies should focus on to be ready for rapidly growing Asian trade.

Exposure to and understanding of Asian history, culture and economic developments can help companies navigate complicated negotiations. Play host to Asian delegations or participate in conferences or symposiums where cultural exchanges are encouraged.

Learn by doing. Just as young professionals do when embarking on their careers, companies should look for education and internship opportunities, exchange programs and partnerships with Asian companies.

True expertise is gained only through exposure and experience over time. Encourage employees to take rotational assignments at Canadian-based Asian trade offices or to study, work and live abroad. Add instant expertise to the team by hiring "Asia competent" executives and directors. 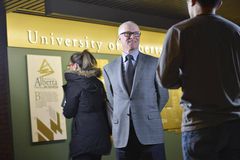 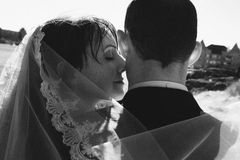