Entrepreneurship is often hailed as an engine of future prosperity for Canada, but the weak staying power of startups is less-acknowledged.

"There are thousands of startups and we know that startup success is not good," says Micheál Kelly, dean of the Lazaridis School of Business and Economics at Wilfrid Laurier University in Waterloo, Ont.

Earlier this year, the school's Lazaridis Institute for the Management of Technology Enterprises issued a report, Scaling Success: Tackling the Management Gap in Canada's Technology Sector, that concluded Canada "continues to underperform its peers in the creation of high-growth firms." For example, a majority of tech startups in the professional, scientific and technical sector demonstrated "consistently negative rates of business creation" between 2001 and 2012, according to the report.

Given the poor showing, the dean asks: "So how do we take our most promising startups and take them to the next level?"

One answer, he hopes, is a new collaboration between the Lazaridis Institute and several tech-focused industry partners.

Working with Communitech, a Waterloo-based innovation centre that supports more than 1,000 technology companies, the Institute plans to develop an assessment tool this fall to identify startups with the potential to scale up. The tool, currently being tested, would evaluate companies for the quality of their product, technology, staff, management and financial muscle.

"We really have to focus on developing the talent, working with startups and working with the most promising startups to create globally competitive technology companies here," says Dr. Kelly. "That is a very different game than creating startups."

In a press release announcing Communitech's involvement, vice-president of strategy Steve Currie stated: "The Lazaridis Institute is creating a building block for scale-up companies in Canada. This life-cycle stage for high-growth companies has traditionally been left to chance."

Fun isn't usually a main topic of discussion by business school deans, but it is valued by the Telfer School of Management's reappointed dean.

François Julien, renewed last month for a second five-year term at the University of Ottawa's business school, says Telfer aims to define itself by such values as teamwork, excellence, leadership, student engagement, ethics – and fun.

"We want to have a school that takes pleasure in activities in discovery, knowledge dissemination, student experience and programs," he says. "There has to be a fun component for all the members of the Telfer community to be engaged with the school."

Still, serious business lies ahead. The school has set a goal to raise $40-million by 2020 ($26-million has been raised to date) for school investments that include technology to facilitate where, when and how learning occurs in and beyond the classroom.

"The students joining the school in 2025 are seven years old today," says Dr. Julien. "If we look at how the seven-year-olds are currently learning and connected to technology, we need to be able to look at how we transform the way we will be learning and delivering our programs."

As part of the university's globalization push, a fall semester study week already gives business and other students on campus an opportunity to take one-week intensive courses from professors from other countries, with projects to be completed later online. The dean says he hopes to expand student participation in international case competitions, add internships for eight-month-long study and work opportunities in Hong Kong and, not least, deepen research collaboration between Telfer faculty and overseas counterparts.

For these and other initiatives, says Dr. Julien, "fundraising is going to be core – front and centre in my activities to meet our objectives and to support all of our strategic initiatives."

Of the work ahead, he says, "It is fun and it should be very pleasant to work with the [leadership and faculty] team. … They want the school to stand out and to be one of the leading schools in Canada."

An award-winning professor of operations management and a Six Sigma black belt has been named the interim dean of the Edwards School of Business at the University of Saskatchewan, replacing Daphne Taras, who remains on the faculty.

In an e-mail note about the one-year appointment of Keith Willoughby, effective July 1, Dr. Taras described the school's former associate dean of research and academic as an "amazing" teacher and recipient of a Master Teaching Award from the university.

The Saskatoon business school begins the search for the next dean this fall.

Following an accreditation review this year, the European Foundation for Management Development has recognized two programs – bachelor of business administration and bachelor of commerce in sports administration – at Laurentian University's faculty of management. EFMD's program recognition is a "significant milestone," dean Stephen Havlovic stated in a press release.

Business faculty enrolment stands at 1,921 students, a 16-per-cent increase in three years, according to the university.

Roger Martin, who oversaw significant expansion of the University of Toronto's Rotman School of Management during his tenure as dean from 1998 through 2013, has been named a member of the Order of Canada. He was cited for "his leadership in business education and for his innovative studies in corporate management," according to a press release from the Governor-General. 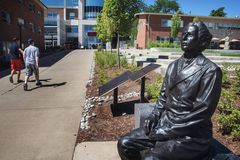 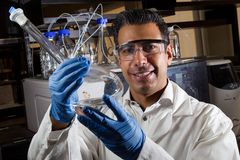 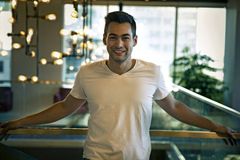 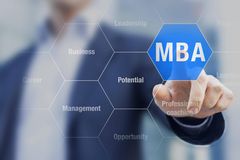