After a few years of work experience, some job holders have an ‘aha’ moment when they realize their career is not progressing as planned. Others like what they do but are in search of bigger challenges.

That’s when a master of business administration becomes a tool of choice for switching careers. 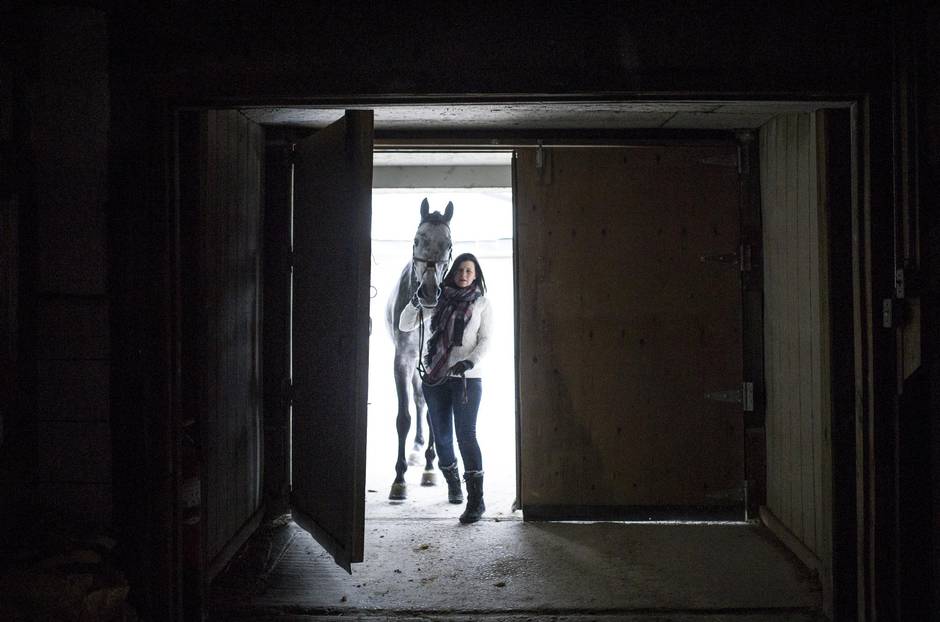 Ms. Stark grew up riding at the Pickering Horse Centre, becoming a competitive show jumper at the age of 12. She took an undergraduate degree in commerce with an eye to a career in the horse business, then returned to Pickering Horse Centre in 2009 as a program manager for several years after graduation.

She enjoyed her job at the centre and credits its owners as valuable mentors. But she says she decided to pursue an MBA because “I wanted to get a different experience. I wanted to make sure I was a little more well-rounded than just working around horses.”

In 2012, she enrolled in Rotman’s two-year MBA, refreshing her knowledge of business concepts and learning to think strategically. “When I first applied to the MBA, I didn’t necessarily know I wanted to go into consulting,” she says. Over the course of the program, she was exposed to a variety of companies and discovered her talent for providing strategic advice.

“That [MBA experience] was really valuable since I was making a big switch to get that exposure to different industries and different options,” says Ms. Stark, who still rides competitively.

At Satov, a boutique consulting firm, she works with companies to improve the customer experience, for example, with a view to boosting the client’s profits.

Ms. Stark is enthusiastic about her career switch. “I like the client focus and I love seeing how much we can help clients.” 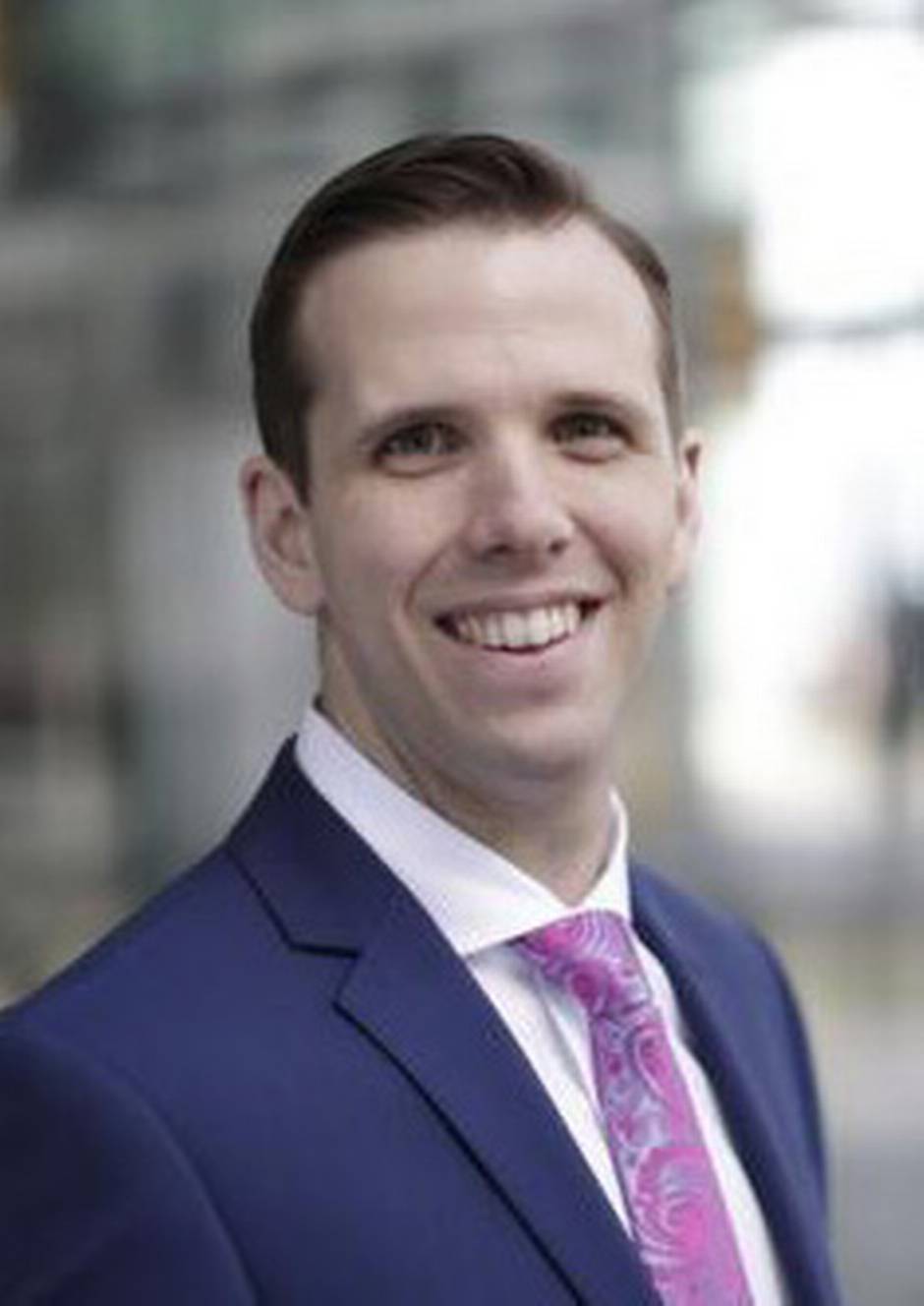 With five years as an environmental consultant on carbon credits, Mr. Carran enjoyed the interaction between those who generate carbon offsets (such as wind farms) and those in need of them (such as polluters). In 2012, he decided to marry his technical expertise in engineering with a business degree, choosing Sauder for its focus on sustainability.

Mr. Carran said his time at Sauder in Vancouver made him realize the future of carbon credits rested on yet-to-come government policy and that any job in the field would entail more consulting than trading.

“The real pivotal moment was an internship [at Sauder] with CIBC’s sales and trading desk in Vancouver,” says Mr. Carran. “I did that for the summer and it opened my eyes to that world, especially in the capital markets, and ultimately led me to Phillips, Hager and North.”

Through his mentor at Canadian Imperial Bank of Commerce, Mr. Carran landed a job with his current employer where he analyzes renewable energy and resource companies, providing advice to colleagues at the firm who manage funds for institutional investors and others.

“Before I did the MBA, I did not know these worlds existed,” he says. At the same time, he adds, “I have been able to use the skills I learned in my previous job in this new one.” 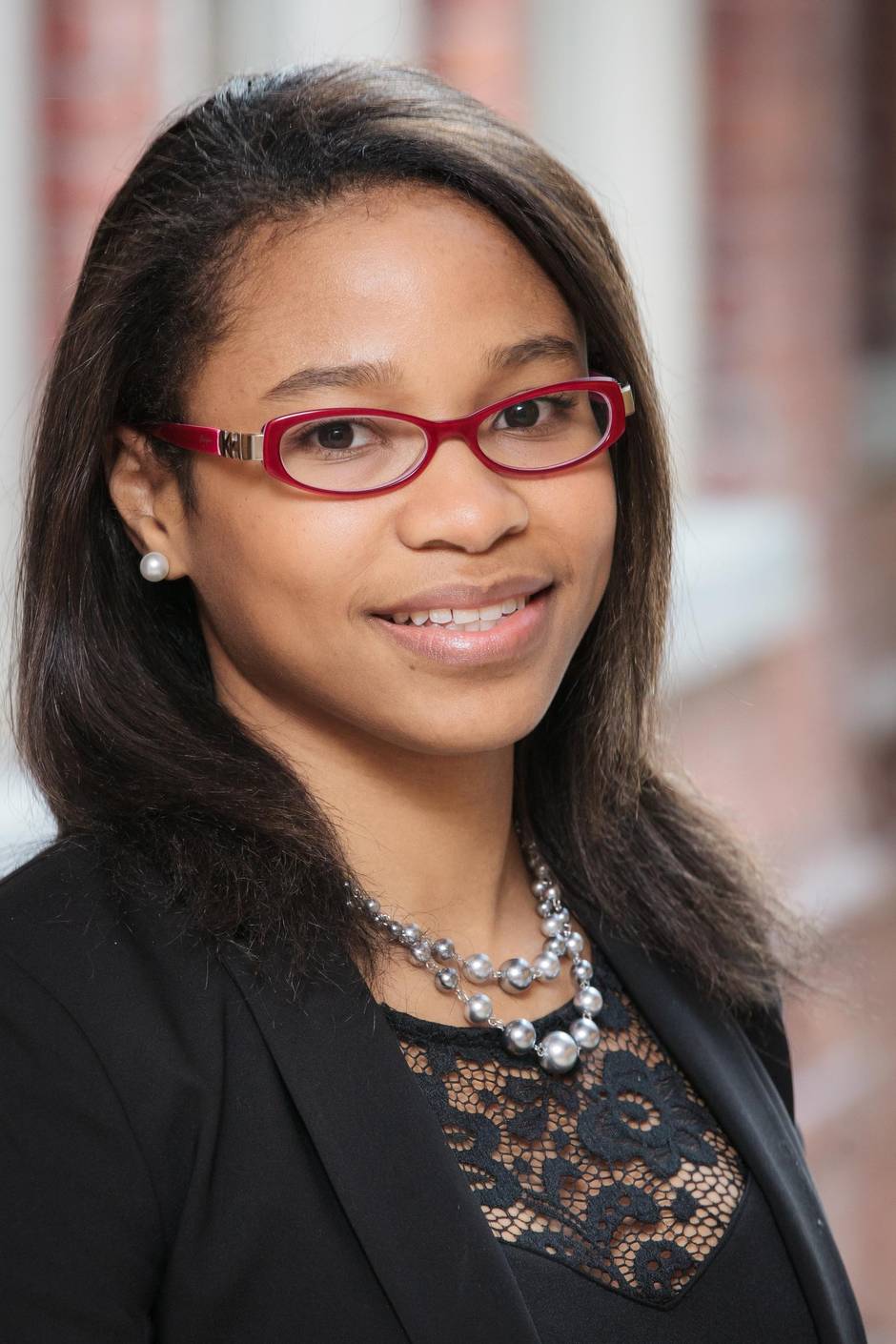 Ms. Ducasse had no complaint about her CIC job tracking overseas applications for permanent residency in Canada. But after 5 1/2 years with the federal government, she decided it was time to explore other options by returning to school for an MBA.

“To some, it looked like a risky decision,” she recalls. “But considering my age and background, I was confident with the MBA I would eventually be able to find something. … It was a risk I was willing to take.”

She chose Smith in Kingston for its small class size (70 students) and student access to their own coaches who advise on personal and professional growth. “It embodied the whole self-improvement [dimension] I was trying to get to,” she says.

In the fall of 2015, Wal-Mart representatives came on campus to recruit MBAs for its two-year leadership rotation program that offers local store and head office experience. “To me, it was completely different in terms of what I was doing before,” says Ms. Ducasse, who has no retail experience. She says she saw an opportunity for a “huge learning curve” at the U.S.-based retail giant that tops the list of Fortune 500 companies.

She rejected other job offers as they looked too similar to her previous work in government. In joining Wal-Mart, she says, “I wanted to make sure it was a real transition.” 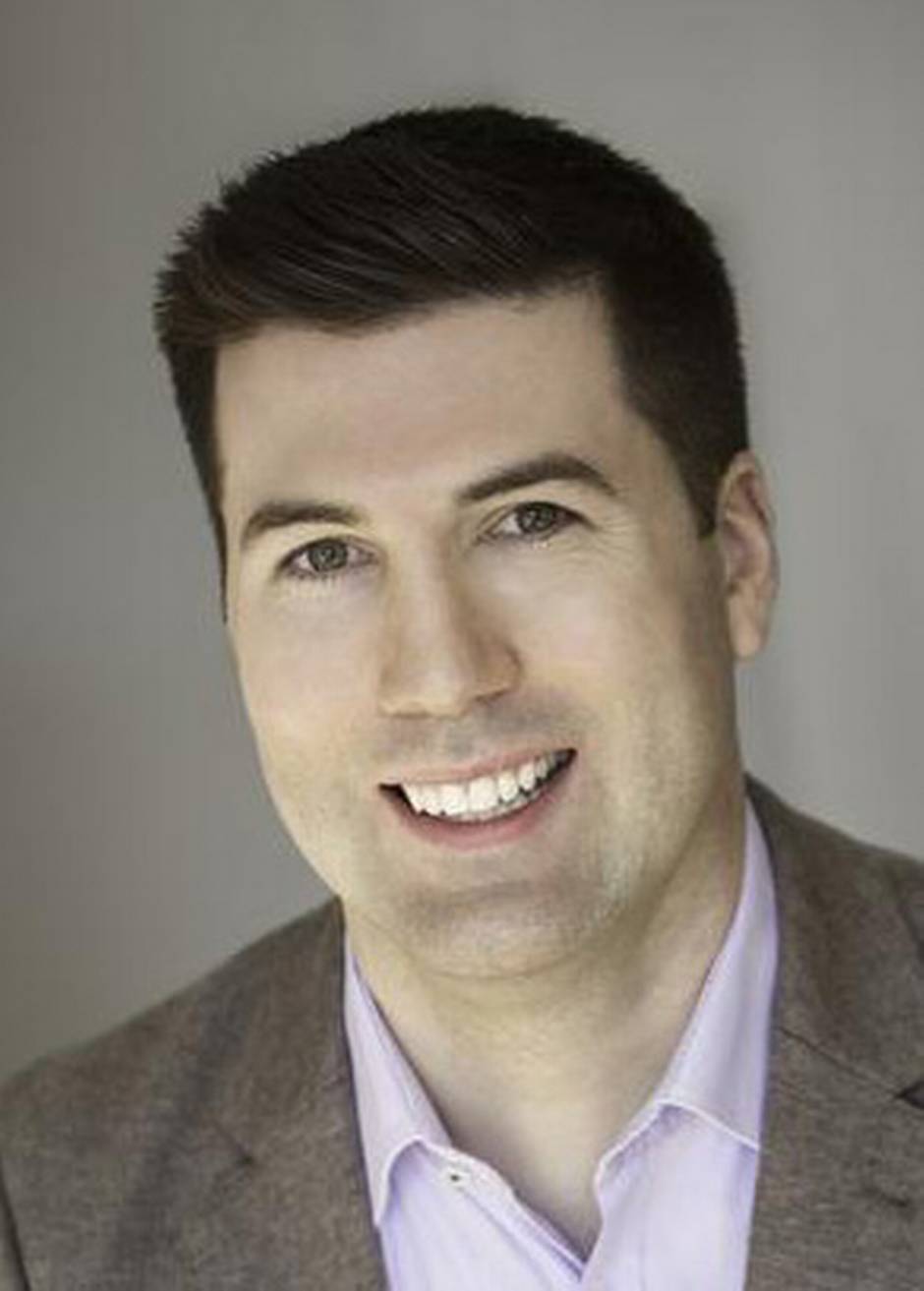 Mr. Dunford’s “moment of clarity” came half-way through his master of science studies. “I thought, oh crap, this isn’t what I want to do,” he says, realizing he preferred working with people and solving applied, not theoretical, problems. Of life as a lab researcher, he says, “I didn’t go anywhere. I was in a lab with colourless fluids going into other colourless fluids.”

But what to do next? In 2010, while at a career fairat the University of Waterloo, he was button-holed by a recruiter from Halifax-based Rowe who described a program with no prerequisites for prior work experience and an eight-month paid internship with a company as part of the degree.

In 2012, half way through his MBA, Mr. Dunford successfully competed for an internship in the Halifax office of Stantec. During his stay, he worked on environmental and sustainability-oriented projects, tapping his personal and professional interests and confirming his preference to work with colleagues and clients. “It is a much more immediate connection between what I am thinking and doing and the tangible outcome,” he says.

After completing his degree, he was offered a four-month consulting contract with a World Bank subsidiary in Washington, D.C. While there, he received a call from his former boss at Stantec, offering him a new position with the company in Toronto in 2013. Without the MBA, he says, “I would not have been able as quickly to pivot the way I did. … A lot of this was connecting the dots between what I wanted to do and what value I knew I could add.” 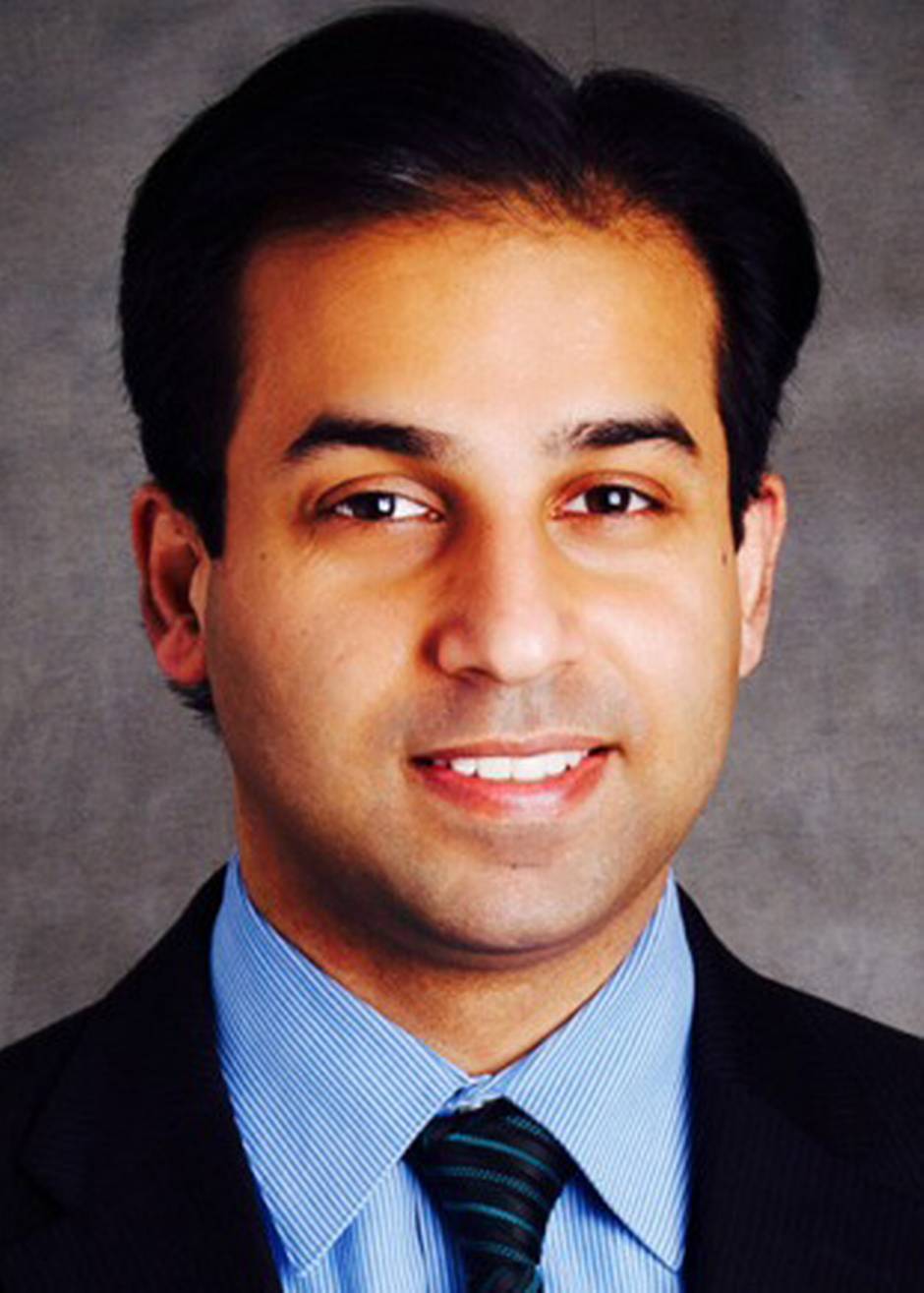 Mr. Marwah left India in 2000 for the United States, with a career ambition to design planes. But when he graduated in 2004, he worked instead in information technology-oriented jobs in Atlanta and New Jersey.

In 2009, he successfully applied to come to Canada as a permanent resident, later landing a job with Rogers that again tapped his IT expertise.

“The whole time I was here [in Canada] I was doing project management type work and I was not very satisfied with the way my career was progressing,” says Mr. Marwah, who decided he really wanted to work in the financial services industry.

In 2011, he enrolled in a full-time MBA at HEC Montréal, specializing in investment and portfolio management. Months before graduating from the one-year program, he was hired by Toronto-Dominion Bank as a management associate and took part in a leadership rotation program for two years. In late 2014, after the program, he was transferred to TD Securities in New York as an associate in credit management.

He doubts he could have moved into banking as smoothly without his MBA degree. “How would you show and prove you have the interest?” he asks.