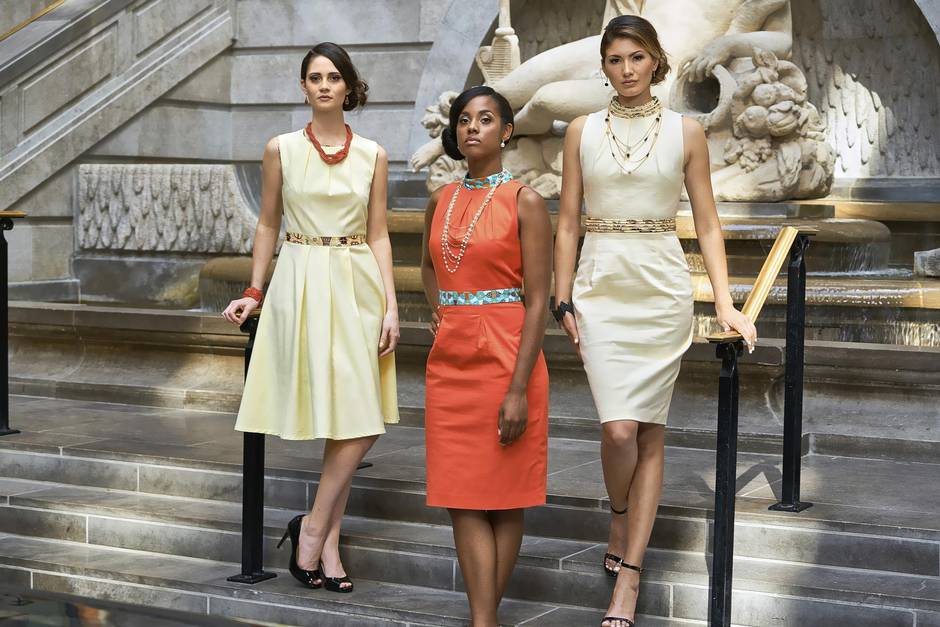 Zympala is an African-inspired line of classic men’s and women’s fashion. “It’s modern dressing with an African signature,” says Jean-Claude Tshipama who immigrated to Montreal from the Democratic Republic of the Congo. (Josias Gob)

On first meeting Jean-Claude Tshipama, the exiting CEO of Groupe Canal+ in Montreal with 14 years of experience in the global telecommunications and IT industries, the expectation is that his reputation as an executive who has worked in 47 countries worldwide will dominate the ensuing conversation.

But then you notice what he’s wearing, and this ends up being all that matters.

His custom-made sky blue cotton shirt is tailored to his body and trimmed ever so subtly with a printed fabric that draws the eye. The pale colour flatters his skin. It’s a captivating look. Mr. Tshipama, 43, is a native of Africa, born and raised in the Democratic Republic of the Congo. The garment he wears is not just a piece of clothing. It is a symbol of his homeland and of the future he hopes to have in his adopted country of Canada. 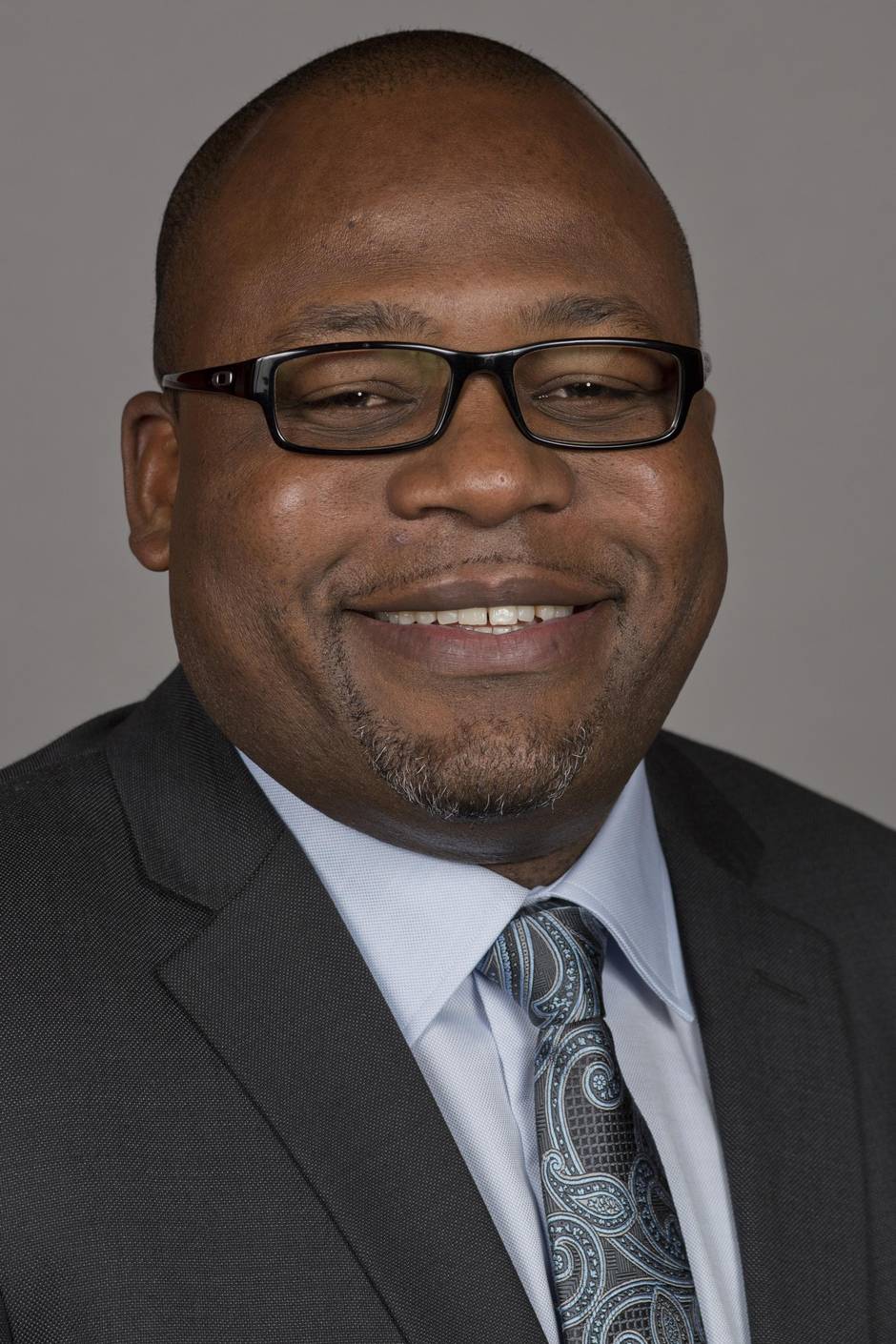 To prepare for the launch of his company, and new life as a fashion entrepreneur, Mr. Tshipama enrolled in the two-year McGill-HEC Montréal executive MBA. (Nicolas Morin)

“It’s modern dressing with an African signature,” pronounces Mr. Tshipama, a speaker of nine languages, in heavily accented English. “It will allow us to tell a story, a good one for a change, about the country of our birth.”

“We” refers to the business partnership Mr. Tshipama has lately formed with his wife of 14 years, Mireille Mpere, who trained as a fashion designer at home in Congo and, since immigrating to Canada in 2012, at the Université du Québec à Montréal.

Together, the husband and wife team has formed a new clothing brand called Zympala – a word combining zoe, the New Testament word for life, with impala, the graceful and elegant animal of the African savanna. The company’s classic men’s and women’s fashion is expected to be available to the public as of March of 2017.

The plan is to open first in Montreal with both a retail and online presence, followed by New York the following year. Zympala will expand next overseas to markets in France, Belgium and Germany and Asia and Africa by 2022. Manufacturing will take place in Canada at a factory in L’Éphiphanie, Que., located close to the couple’s home, using fabric imported from Europe.

To prepare for the launch of his new company, and new life as a fashion entrepreneur, Mr. Tshipama enrolled in the two-year McGill-HEC Montréal executive MBA, which is a joint program between McGill University’s Desautels Faculty of Management and HEC-Montréal. He graduated last June after writing his thesis on what it takes to launch an international brand from Montreal. He got an A+.

“A key criterion for success is to have a passionate designer and someone from the business side to guide things along. You need the two,” says Mr. Tshipama, explaining in a single sentence how he rose to the top of his class while methodically studying Quebec’s fashion scene.

His wife sits beside him behind a desk in one of the small Desautels classrooms where Mr. Tshipama recently completed his degree, quietly nodding her head.

She doesn’t speak English but she can read her husband’s enthusiasm with no problem. 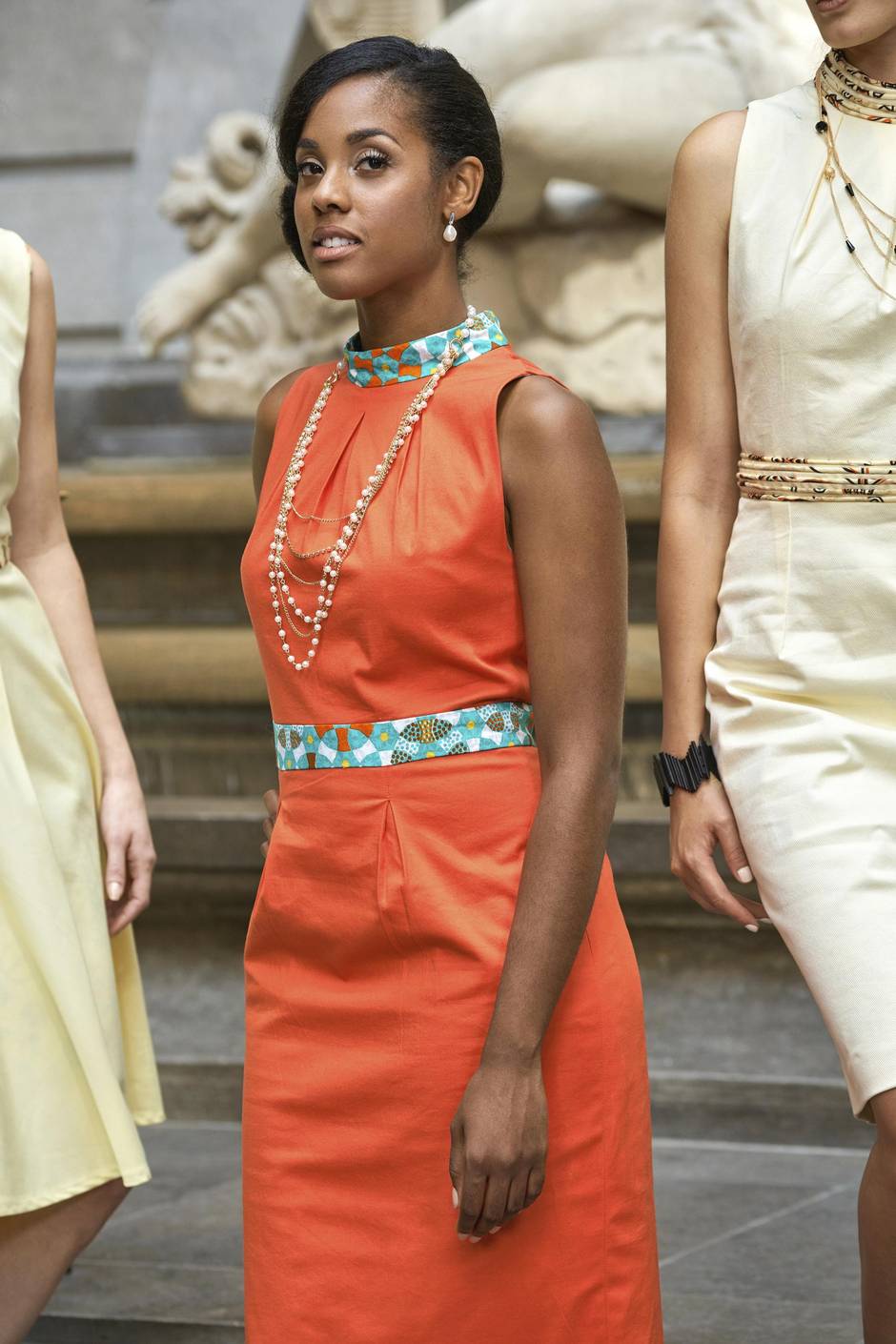 Manufacturing will take place in Canada at a factory in L’Éphiphanie, Que., located close to the couple’s home, using fabric imported from Europe. (Josias Gob)

The 36-year-old mother of three wears a reversible dress with a fitted bodice and flared skirt of her own design that is made from the same sky blue cotton material as her husband’s shirt, clothing that emphasizes they are a team.

She runs a manicured finger over the printed piping circling her waist and Mr. Tshipama immediately jumps in to provide commentary. It might be fashion, he says, but it’s more than skin deep.

“The blue represents the sky, the black represents Africa and the white represents purity,” Mr. Tshipama volunteers. “We want to be ambassadors of Africa. We want to tell people about Africa through our clothes and share with them our strong African values.”

Those values include helping the most vulnerable in African society – and to the Tshipamas they are girls.

Poverty prevents many girls in Africa from getting a formal education. It also makes them vulnerable to sexual exploitation. A girl who becomes pregnant outside marriage, regardless of the circumstances, brings shame to her African family, resulting in her being tossed out of the home.

Mr. Tshipama hopes to break the tragic cycle of gender-based inequality through the Zympala Foundation, a non-profit organization, headquartered in Montreal, which he established this year after investing $15,000 of his own money. Additional funds will be raised through sales of Zympala. A percentage of each garment sold will go directly to the Foundation with the objective of bettering the lives of girls in Africa.

“We put money aside to help them because they deserve it and because we are proud Africans,” Mr. Tshipama says. “We come from poverty ourselves and so we better understand what the people’s needs are. Beyond launching this brand our goal is to give back.” 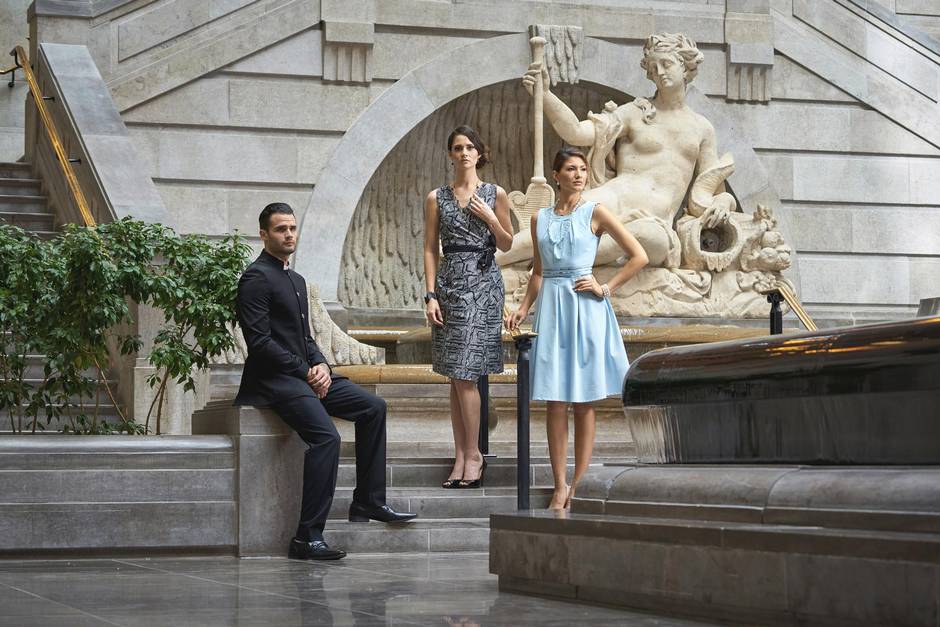 Mr. Tshipama will run the line with his wife and business partner, Mireille Mpere. It is expected to be available to the public as of March, 2017. (Josias Gob)

To that end, Mr. Tshipama and his wife will set up a fashion design school in Congo to educate girls who may one day come to work for them at Zympala, should they so choose.

“This is something personal that fulfills my own needs and the needs of my wife,” Mr. Tshipama says. “It’s important to have your family around you and to contribute to your community.

“To me this is the meaning of life. There is nothing beyond your connection to others.”