This story is the 12th in a series that features students and graduates who are using their MBAs and EMBAs in unique fields other than the traditional ones of finance or consulting.

As a family physician serving patients in Nunavik, Geneviève Auclair has mastered the art of multitasking. Her duties are many.

At the Inuulitsivik Health Centre, where she is chief of medicine, Dr. Auclair oversees the scheduling for physicians in three remote Inuit communities clustered along the shores of Hudson Bay: Puvirnituq, Inukjuak and Salluit.

She also recruits new doctors who, like her, have travelled thousands of kilometres to practise medicine in the Canadian North. It’s a balancing act.

“Like most health-care professionals who are not from the region, we always say we have two lives, one north and one south of the 55th parallel,” says Dr. Auclair. 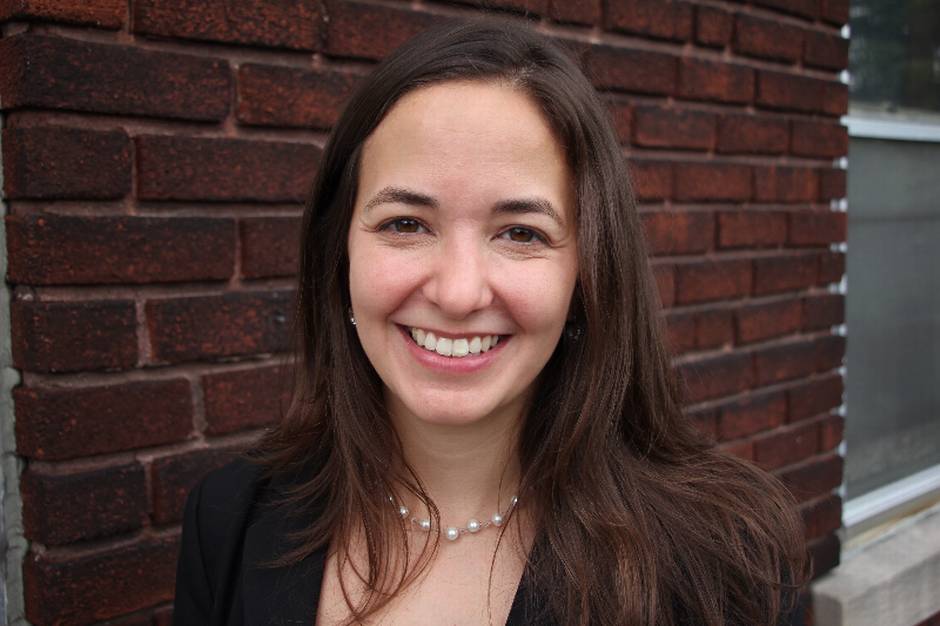 Quebec physician Geneviève Auclair is taking an EMBA to bolster her skills running the Inuulitsivik Health Centre in Nunavik.

Her own two lives are split fairly evenly between Nunavik, where she does her job, and Montreal, where she shares a home with a boyfriend. Lately she’s been back in Montreal quite a bit.

Since 2015, she has been enrolled in the two-year executive MBA program offered by the Desautels Faculty of Management at McGill University and HEC Montréal.

Now in her final year, she has been drawing on her experiences in Quebec’s North to write her thesis. The topic is Inuit women and leadership.

After she graduates in 2017, she plans to use the degree to further bridge Canada’s North-South divide.

“I want to teach and get involved at the university level, using my knowledge of the North to raise awareness about indigenous health and other global health issues,” Dr. Auclair says.

“I am already doing that here and there in conferences and courses with medical students and other physicians. But I would like to do it on a larger scale. Recruiting locally in Nunavik is a priority. But training health-care professionals to be culturally competent is equally important.”

In the Canadian North, doctors are as rare as rose bushes.

In 2007, the year Dr. Auclair started her practice in Nunavik, the local hospital in Puvirnituq had just three permanent physicians covering the needs of several communities at once.

The smaller communities are distant, inaccessible by road, requiring doctors to fly in and out on small aircraft to do their monthly visits.

To close the gaps, Dr. Auclair, in charge of Nunavik’s regional physician recruitment, has significantly boosted the number of permanent doctors to 35, a historic high for the region.

“We recruit most of our doctors when they come for internships during their residency training or medical school. We also recruit among the doctors who come for short-terms placements or locums,” Dr. Auclair says.

As well, she and her team engage in job fairs for residents and give presentations at various conferences and universities in Quebec to help with their recruitment efforts.

“I asked the HR person to create a template with all the different jobs we have locally, and by category, so at the career fair we could speak to high-school students about specific needs within our industry,” says Dr. Auclair.

She made sure to attend two such fairs in remote communities to talk up some of the available jobs herself.

“I’m not an IT technician or a pharmacist,” she says. “But I have a general sense of what they do, and I explained it to the kids.”

Students most interested in what she was talking about were subsequently invited to visit the hospital with Dr. Auclair, “to see first-hand what we do.” More than 30 of them showed up, 13 of them matched with specialists for a half-day observation period.

“It’s about giving back,” Dr. Auclair says. “It’s about realizing that whatever efforts we do in recruiting foreigners to come work in the North, the best retention method is to recruit locally.”

The McGill-HEC Montréal EMBA is another tool in her medicine kit she will use to develop and implement future programs that support the Inuit.

“I want to use the degree,” Dr. Auclair says, “to support and develop any policy that will help improve their lives.”