Scott Henry isn't one of those university students who needs motivation.

Before he turned 20 in December, Mr. Henry did an internship at the World Bank in Washington, took part in an academic exchange with the Copenhagen Business School, and worked at a technology innovation hub in Kenya.

He's currently taking a joint business and computer science degree at the University of British Columbia as a Loran Scholar, which is a national award valued at up to $100,000 including a tuition wavier, mentorship and summer program.

Mr. Henry's hunger for different experiences hasn't let up. He was among 18 university students picked this year to participate in the CEO x 1 Day program, which enabled him to shadow the chief executive of Mountain Equipment Co-op, David Labistour. MEC was his top pick for the program held at various companies across the country.

The third-year student isn't sure yet what he wants to do when he graduates, but says his goal is to soak up as much information and career advice as possible.

"Right now I'm trying to have a diverse array of experiences so that, when it comes time to walk across the stage [at graduation], I will have a fuller understanding of what my options are," he says.

Meeting executives like Mr. Labistour has been an eye opener and an education in itself. During their eight hours together in mid-February, attending executive and staff meetings and visiting with a MEC store manager, Mr. Henry saw first-hand how a company's purpose and vision are connected to every decision its executives make. It's not something Mr. Henry says he could have learned in school.

"It was a completely new and different experience," he says.

It also put into focus his own career interests, which he says include finding a job that involves communicating and working with people and helping to cultivate culture in an organization.

"For what type of organization, I don't know, but I see leadership positions in my future," Mr. Henry says.

A recent study on mentorship conducted by Mount Royal University in Calgary highlights the advantages of mentoring, not just for mentees, but also mentors.

Dr. Leah Hamilton, an assistant professor at Mount Royal's Bissett School of Business, who conducted the study, says the mentees had more confidence to seek out jobs, build relationships and felt more supported, compared to those who weren't in mentorship programs.

The mentors also benefited from "intergenerational learning," and a better understanding of the millennial generation, Ms. Hamilton says.

"The mentors said 'wow, this really gave me an opportunity to learn from this younger generation. Now I get them more and understand what they're looking for in the work force and the challenges they face.'"

She says some of the companies involved in the school's Harry G. Schaefer Mentorship Program, which funded the research, are now rethinking their recruitment strategies and ways to increase employee retention.

MEC's Mr. Labistour says too often the millennial generation is painted with a broad brush of being entitled or lazy. It hasn't been his experience working with hundreds of them over the past eight years as head of the iconic Canadian retailer.

"Every generation has incredible bright people and slackers," Mr. Labistour says. He believes it's up to managers to empower employees, regardless of age, and develop a strong workplace culture and strategy to keep them engaged.

"For me, leadership is about being human … and accountability," he says. "It's also about having the courage to make unpopular decisions and really stand by what you believe in."

That's where executives often need to seek out their own mentors, to work through difficult periods, says Sue Drinnan, a Vancouver-based executive coach.

"Peer mentoring is hugely beneficial among senior leaders," she says. "They've done the how-to's. Now they learn from the war stories and the exposure that people at similar levels have experienced."

The conversations are usually about managing conflict, trust, communication and problem solving, the result of which Ms. Drinnan says can give leaders more perspective and make better decisions, which in turn can improve productivity, engagement and reputation.

"No matter how good you are in your domain, having a sounding board will almost always bring a new perspective to sticky problems," Ms. Drinnan says.

She says mentoring not only helps leaders develop more awareness and understanding, but can protect from burnout.

"The best place to learn coaching skills is to be coached yourself," Ms. Drinnan says.

The CEO X 1 Day program matches third- and fourth-year university students with some of Canada's top CEOs. Executive search firm Odgers Berndtson has been running it globally for 10 years, and The Globe and Mail is a program partner. 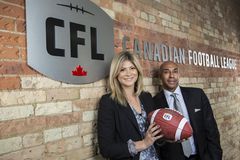 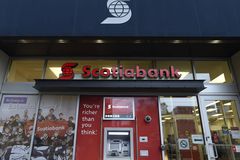 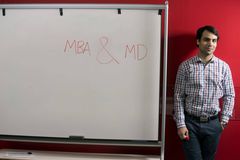