A major American distributor – and now producer— of global online video rentals broke from tradition last month by releasing all 13 episodes of its new hit series House of Cards on the same day.

The gutsy move by Netflix was actually a pretty safe bet, according to New York Times media columnist David Carr, because the company had mined data about its customers that revealed they likely would lap up a U.S. remake of the acclaimed British series.

Netflix's intimate knowledge of its customers is the promise of "big data," the vast accumulation of data from a variety of sources through growing information gathering technologies. But a 2011 report by McKinsey and Co. predicts a severe shortage (with demand outpacing supply by 50 per cent in North America by 2018) of those with the skills to crunch numbers, interpret their implications for individual products and communicate the company-wide repercussions in a user-friendly way.

Recognizing the pent-up demand, a growing number of business schools are designing new specialty master's level programs. The latest is Queen's University School of Business, which plans to offer a Master of Management Analytics this June.

"These days, businesses are flooded with data and they don't have the people, resources and tools to start using data to generate value," says Yuri Levin, director of the new management analytics program and a professor of operations management at the business school. The new program, he adds, aims "to graduate people who would eventually become leaders in analytics and able to promote it in their organization."

As one measure of demand, the school has received more than 200 applications for the initial intake of 40 students. In future years, Queen's expects to increase the class size to 60 people.

The 10-month program ($37,000 for domestic students and $55,000 for international students) caters to working professionals who either have management experience and want to deepen their technical skills or who already have that expertise and want to move into management. Participants take part in two one-week residential sessions in Kingston and complete the balance of the course at Queen's downtown Toronto facility on Wednesday evenings and every other Saturday.

Experienced corporate users of big data welcome the arrival of specialty programs that provide a multidisciplinary approach to analytics.

"Programs like Queen's are really solving a critical need that has only just emerged, and has hit critical mass in the last two years," says Brian Ross, president of Precima, a shopper-focussed analytics consultancy of Loyalty One, which created the Air Miles loyalty program . "These [specialty Master] programs are coming about because the role of analytics and data is changing rapidly," he adds, with analytics increasingly treated as a C-suite priority instead of, as in the past, an administrative or support function.

"The war for talent in this space [of big data] is going to be one of the defining characteristics of winners and losers," predicts Mr. Ross. He adds "data is not just something you have to do to operate; it has become a core competency."

Alyssa de Hoop, who is majoring in studio art with a minor in marketing management, and Kennedy Crawford, a student in marketing management, defeated teams from nine other schools for their proposed marketing campaign for a new Chevrolet vehicle. The first-place winners each receive a car from Chevrolet Canada, which also provides scholarships to top teams. Those from Queen's University School of Business and York University's Schulich School of Business placed second and third, respectively.

Professors at two Canadian universities have received major research awards from the Bank of Canada.

Peter Christoffersen, an expert in risk management and a professor of finance at the University of Toronto's Rotman School of Management, has won a Bank of Canada Fellowship for 2013-17. The $50,000 award (with additional funding for research and research assistants) goes to an academic with expertise in areas important to the Bank's mandate.

Meanwhile, Prof. James MacGee, an associate professor and director of the Master of Financial Economics Program at Western of the University of Western Ontario's economics department, received the Governor's Award from the Bank for his work on "important issues facing the post-crisis global economy," according to a statement by Bank governor Mark Carney. 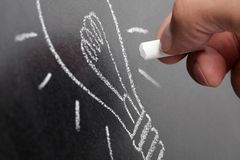 Can creativity be taught? B-schools join the debate
March 13, 2013