In the middle of a busy workweek, Jason Chong and Alice Chacon still meet for the occasional coffee, just as they did when they first landed in Toronto.

They both graduated from the University of British Columbia's Sauder School of Business about 10 years ago, but at different times, and from different programs. With few opportunities to work for larger companies in Vancouver at the time, they headed east. Looking for stability and support at the start of their careers, they searched for fellow UBC Sauder alumni in the city and that's how they found each other.

"I've kept in touch with a lot of alumni," said Ms. Chacon, who moved to Canada from Venezuela to get her MBA. "We can always share ideas and new ways of doing things. The reason I got my first Canadian job was through my alumni connections."

Ms. Chacon is a product manager for Canadian Imperial Bank of Commerce and Mr. Chong works in business development for Starbucks Canada. Despite them both being settled into their careers, they still volunteer at alumni events and take part in networking programs such as Alumni Coffee Connections, a one-month program last year in which UBC Sauder encouraged alumni to reach out to one another by providing them a Starbucks gift card to cover the cost of the coffee break. They took the opportunity to catch up.

The gift card's monetary value is minimal, a pittance really for professionals in the work force, but its symbolic value is rich. Coffee Connections served as not only a way to bring alumni together but also boost the school's continuing usefulness once students have graduated from the classroom.

Other schools do their own things, both on a short-term and continuing basis – from Telfer School of Management's recent holiday party at the Rideau Club in Ottawa to the University of Alberta business school's MBA Women Network meetings.

In stiff competition to attract applicants, business schools boast about their alumni network as an elite circle that prospective students have the opportunity to join. As the market continues to demand greater creativity and connectivity out of job seekers, some business school alumni are turning to each other to get a leg up well past graduation.

Mr. Chong credits his first three jobs out of school to opportunities made available to him by fellow alumni. He says the advantages of networking within a strong alumni network are more apparent now than ever.

"The more conventional ways of applying for jobs still exist, but there's a lot more deregulation now. You need to exhaust all the options available to you. One of the more untapped ones is the alumni network," says Mr. Chong, a bachelor of commerce grad.

According to Fiona Walsh, head of alumni relations at UBC Sauder, it may take gentle encouragement to bring some alumni together but others make a concerted effort to stay connected to their alma mater, not just to find jobs but also to recruit later on in their careers when they're in leadership positions.

"There tends to be a lot of outreach within the local business community. We have an alumna that works at a consumer package company that recruits from UBC Sauder every year," says Ms. Walsh.

Michael Bernstein graduated with an MBA from University of Western Ontario's Ivey Business School in 1996 and is now the president of Juno Advisors Ltd., a private advisory and investment firm. He remembers graduating at a time of disruption and change, with the dot-com boom just around the corner. He sees similarities in today's world and, as the head of his alumni network, he often has more recent graduates reach out to him for guidance.

"With a lot of things being done through technology and the pace of disruption, having people to talk with and someone with experience to ask questions is valuable," says Mr. Bernstein. "There's always been this expectation that Ivey students and alumni do look out for each other."

However, Mr. Bernstein acknowledges that the alumni network has expanded quite a bit since he was in school. "Now it is a larger group, much more global. People are travelling all around the world," Mr. Bernstein says.

Ivey has 27,800 alumni, with more than 4,600 of them living outside Canada, according to the school's latest tally. UBC Sauder has 40,000 alumni spread across 80 countries. Alumni boards and schools are working to catch up with an increasingly global network.

"What I'm trying to do as chair is use technology to find a way, with people's busy schedules, to make that [connection] continue," says Mr. Bernstein.

Mr. Bernstein says Ivey alumni are increasingly using chat groups on Facebook and LinkedIn to keep in touch. International chapters also meet on their own and participate in Global Ivey Day every May 3 as alumni reunite with former classmates and form new connections.

Ms. Walsh says UBC Sauder's large, global network presents far more opportunities than it does challenges for current and former students. She calls up multiple examples of international alumni helping others find work elsewhere in the world and make that transition easier.

"We had one MBA student based in London, England. When one of his classmates ended up in a tech company in London, he helped him find a place and settle in," she says.

Ms. Walsh adds the school is quick to provide contacts to whom alumni can reach out when moving as far away from home as Singapore. "They're everywhere. It's really an extraordinary opportunity."

How business schools can create loyalty among alumni
May 11, 2017
How our MBA classmates became ‘family’
April 8, 2017
Why an MBA program’s culture is more important than its ranking
May 16, 2018 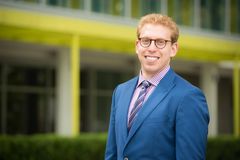