Black Canadians have deep roots in Nova Scotia dating to the 18th century and today make up 4.2 per cent of the province's population, according to the 2006 census by Statistics Canada.

But they remain underrepresented in business and education, sparking a new initiative between the Rowe School of Business at Dalhousie University and the Black Business Initiative (BBI), a not-for-profit economic development agency for black communities in Nova Scotia.

Rowe and BBI have announced a new scholarship, worth $10,000 for one year and renewable for a second year, for a black Nova Scotian enrolled in the school's corporate residency MBA. The 22-month program, for students with no prior work experience, includes an eight-month paid industry placement.

Those eligible for the scholarship must have lived in Nova Scotia for the past 24 months and demonstrate "academic excellence, strong citizenship and character and a desire to make a meaningful contribution to this community," according to the selection criteria.

For the school and BBI, the scholarship is a tool to promote diversity and send a message about the value of higher education. Since its inception five years ago, the corporate residency program has graduated three black alumni, none of whom are originally from Nova Scotia.

Mike Wyse, chief executive officer of the BBI, says the scholarship marks the latest effort by Halifax-based Dalhousie to reach out to black Canadians. "We do need to do more for equitable representation," he says. "We don't have it at any institution nor do we have it in the business community or employment." He estimates there are 200 black-owned businesses in the province.

"This is really about advancing the economic competitiveness and prosperity of Nova Scotia," he says. "When the black business community succeeds, it is good for Nova Scotia."

Allan Shaw, chairman of Shaw Group Ltd. and an adviser to Rowe's corporate residency program who has been active in the development of the scholarship, hopes it will serve as a door-opener for talented students. "From the point of view of the student, these [MBA] programs are not cheap," he says. "It might provide access for someone who might not go otherwise."

Mr. Shaw, who has also served as a volunteer fundraiser for the Black Loyalist Heritage Centre in Birchtown, N.S. (a major destination for black Americans who supported the British in the American Revolution), hopes employers will see future scholarship winners as another source of top talent.

If granted over two years, the scholarship would pay half of the $40,000 tuition for Rowe's corporate residency MBA. Students who participate in the work placement typically earn about $29,000, raising the possibility that with a scholarship they could graduate debt-free.

The BBI and the university will contribute jointly to the scholarship and collaborate on fundraising to establish an endowment.

An interim dean has been named to lead the Rotman School of Management for one year, the University of Toronto has announced.

Peter Pauley, who has worked with outgoing dean Roger Martin over the past decade during the school's expansion, takes over July 1 for a year or until a permanent successor is selected.

Dr. Pauley, an economist and long-time administrator, is currently vice-dean of academic.

In 2012, Prof. Martin announced he was stepping down after 14 years as dean, effective June 30, to spend more time on research and writing. At the time, he indicated the search for a permanent replacement could take until 2014.

In Paris this weekend, 13 top European business schools (and Harvard Business School for the first time this year) will compete in an annual, multisport event organized by MBA students from HEC Paris.

Event organizers want to expand the reach of the MBATournament, by recruiting future competitors from top business schools in Canada and the United States.

"We have the leading European schools and we are hoping that the addition of Harvard will kick off interest from all over North America," says Emilie Flanagan, tournament co-president, a Franco-American who graduated with an undergraduate commerce degree from McGill University's Desautels Faculty of Management in 2008.

The tournament, held on the 300-acre campus of the Paris business school since 1991, includes a range of sports for serious athletes (the football and rugby games use professional referees) and, for couch potatoes, less skills-based contests, such as tug-of-war.

Like more traditional, high-intensity business case competitions run by students, the tournament is a vehicle for networking, but in a more social setting. "You are meeting the people who will be the business leaders of tomorrow," Ms. Flanagan says.

Still, for organizers, the event is about more than fun and games. They have to manage budgets, negotiate contracts and produce a smooth-running event for about 1,500 competitors.

"It's an unbelievable experience," says Ms. Flanagan, speaking from Paris. "You learn [in school] every day about business and now we are actually doing it."

The United Nations Educational, Scientific and Cultural Organization and HEC Montréal have announced the creation of the UNESCO chair in cultural management to strengthen research and academic collaboration on cultural issues between North America and countries in Latin America, Asia and Africa.

François Colbert, who holds the Carmelle and Rémi Marcoux chair in arts management at HEC Montréal, was named to the new UNESCO chair.

Executive training is on the rebound, but it’s a different beast now
May 11, 2018 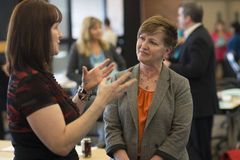 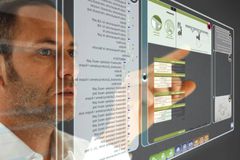 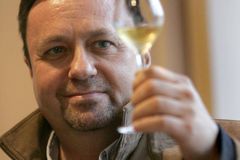 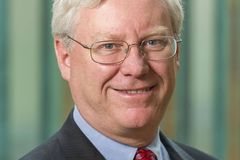 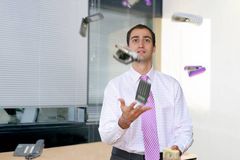 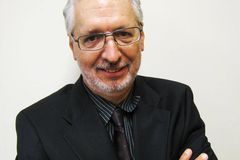 B-schools to be judged on new criteria, including ethics and e-learning
May 11, 2018 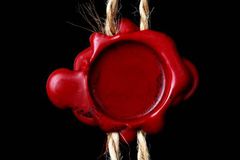