At 26, Kate Applin was pursuing a long-held ambition to sing opera, training in Italy and Canada, while also running a company she founded to help young singers make the transition to professional careers.

But then she decided against the itinerant lifestyle of an opera singer and returned to Wilfrid Laurier University, her alma mater, to earn a one-year master of business administration. There she developed an enthusiasm for marketing and sustainability and, after graduation, was thrilled to land a job with Microsoft Canada.

It was not the career she envisaged before enrolling in a business degree, but her experience is consistent with new global data that illustrates the career-pivot potential of an MBA.

In a survey released this week of almost 15,000 alumni worldwide, including Canada, the Graduate Management Admission Council found that 39 per cent reported they now work in an industry they had not previously considered prior to earning their business degree.

While business school is a well-used platform for switching careers, the GMAC data reveals a lesser-known trend – that a significant number of students reorder their career priorities while upgrading their education.

"When you go to business school you tend to have an idea of what you want to do coming out," says Gregg Schoenfeld, director of research for U.S.-based GMAC. "But two out of five [students] are actually making a change while they are in the business program."

That was the case for Ms. Applin, who joined Microsoft a year ago as an integrated marketing communications manager and works with small and mid-sized corporate clients.

"I can say confidently that I would not have the [Microsoft] job I have without an MBA," says Ms. Applin, now 29, who sings just for her own pleasure at home. "I was a singer by training with a little bit of experience running my own company. I had an entrepreneurial edge but I didn't have any practical knowledge."

She saw an MBA as a way to formalize what she had learned from founding her own company, which she still runs, and working part-time managing a music school in Toronto. While at the Waterloo, Ont., business school (now named for tech entrepreneur Mike Lazaridis), Ms. Applin took a course from a "truly inspiring" professor of marketing that piqued her interest in the field.

"I knew I had a bit of understanding of marketing from my company and the school I had been working for but not at all in the way I understand marketing now," she says.

Like Ms. Applin, Angelina Tan discovered her new career in consulting while earning a one-year MBA at the Ivey Business School at the University of Western Ontario in London, Ont..

In 2013, after working in the Ontario utility sector for five years, the chemical engineering graduate received a request for strategy help from a friend with a small business.

"It reignited my passion for business and management," says Ms. Tan, raised in a family of serial entrepreneurs. "While I was really pleased with my then-career progress, I realized that opportunities to broaden and grow were limited to the [utility] sector."

On arriving at Ivey in 2015, she and her classmates received coaching designed to expose them to various career options and evaluate their strengths and weaknesses. Ms. Tan had thought she might switch to a career in retail but was bitten by the consulting bug after she helped a classmate prepare for case interviews.

"The more I helped my friend prepare for it, the more intrigued I was," recalls Ms. Tan. "I thought, hey, I really enjoy doing this."

Last fall, while still in school, she was recruited by McKinsey and Co. and joined the global firm six months ago as an associate consultant.

Of her new career, she says: "Like my MBA experience, I am constantly learning more about myself, pushing boundaries and developing skills."

GMAC's Mr. Schoenfeld says the new data on when some students make their career choices illustrate the value of business schools offering wide-ranging experiences in and outside the classroom.

"Regardless of what candidates say they want to do coming in, we find there are opportunities out there that they have not considered," he says. "Business schools should foster that adaptability and flexibility that they do."

A similar lesson holds for students to look beyond the classroom for learning experiences.

Ms. Applin, for example, was a member of the winning Laurier team at the Aspen Institute's business and society international MBA case competition in New York in 2015. She also served on the executive of the local chapter of a global sustainability organization and took part in a marketing case competition at the MBA Games in 2015.

"Those extracurricular activities add value," she says, serving as a complement to theory taught by professors. "You get a chance to put those ideas in motion when you are doing things outside of the classroom."

Students who make the most of their business school experience may stumble into unexpected career paths, says Mr. Schoenfeld. "If you get out of your comfort zone you might find that was your calling all along."

Editor's note: This story has been updated to spell Angelina Tan's last name correctly. It was previously reported as Tam. 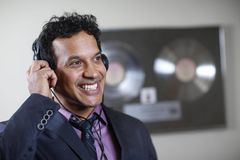