While cleaning the bathroom of a home in the west end of Toronto, a young Filipino nanny tuned into a TED Talk that would change the course of her life’s journey.

Working full-time as the live-in caregiver of two children, Ivah Camille Baban makes a habit of listening to podcasts while she cleans. On that fateful day, the 26-year-old found herself riveted by University of the People president Shai Reshef describing his innovative new institution – one offering an education she could actually afford, and degrees at a fraction of the cost of anywhere else.

With more than 2,000 students registered from more than 150 countries, UoPeople is the world’s first non-profit, near-tuition-free, accredited online university.

Offering undergraduate degrees in business administration and computer science, it also has an MBA program in the works. It was founded by Mr. Reshef in 2009 and accredited by the Washington, D.C.-based Distance Education Accrediting Commission in 2014.

The total cost of a four-year bachelor degree from UoPeople is $4,000 (U.S.), while the price tag for a two-year associate degree is $2,000. Students pay just $100 to write the final exam for each course – and scholarships are available for those who cannot afford these fees.

“I felt his talk was intended for me,” says Ms. Baban, who enrolled last April and is in her third consecutive term of a bachelor degree in business administration. “Accredited online education that was practically free? I went online to check if it could actually be true.” 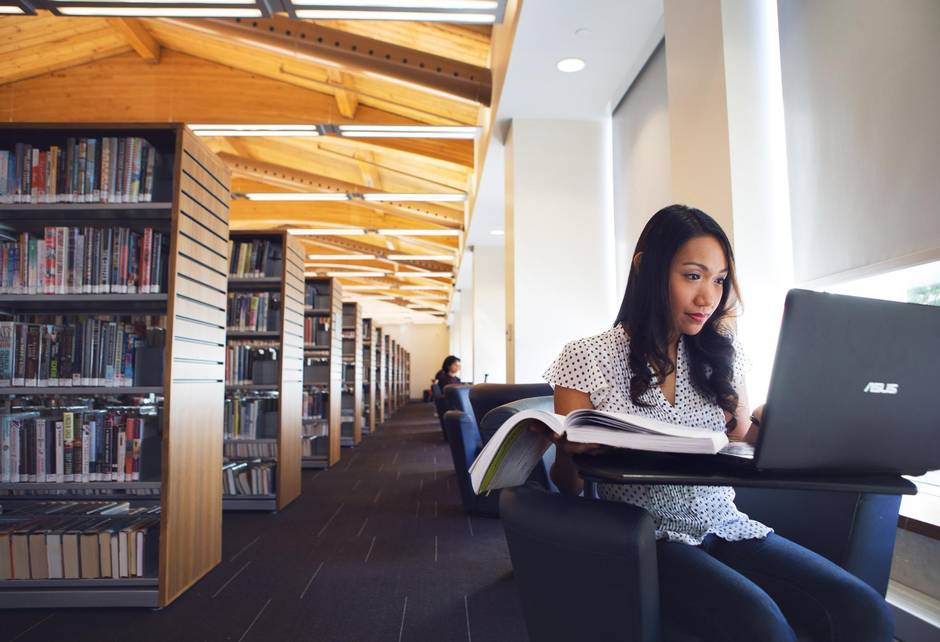 University of the People student Ivah Camille Baban of Toronto hopes to pay it forward someday, using her new-found knowledge and skills to help others 'in some sort of humanitarian way.' (Jennifer Roberts for The Globe and Mail)

Although she already holds a nursing degree from her native Philippines, she was unable to find work back home and was subsequently unable to apply her education abroad. She views UoPeople as a second chance.

“Even though the work is challenging, it has given me hope every single day that I can do something bigger with my life. The day I got my acceptance letter, I started seeing a future for myself in Canada.”

Ms. Baban is not the only Canadian who has discovered this alternative means of obtaining an education. Canadians represent the third largest group enrolled at UoPeople after Americans and Nigerians. There are 76 Canadians signed up at the school, 65 of whom started in the last academic year, and half of whom are enrolled in the business program.

About 40 per cent of the Canadian students were born outside Canada; the average age is 32. The school says it is processing another 390 applicants from Canada.

Ms. Baban’s ambitions are in line with Mr. Reshef’s philosophy on education. Based out of Pasadena, Calif., Mr. Reshef is an Israeli businessman and father of four. His TED Talk has been viewed more than two million times.

“In 2025, there will be 100 million students in the world who are deprived of a higher education. Education must be seen as a right and not as a privilege – and there is no better reason for the invention of the Internet than the spread of knowledge.”

Any qualified high-school graduate from anywhere in the world may enrol at UoPeople, to obtain an education considered equivalent to that of a typical U.S. university.

UoPeople is staffed and advised by 4,000 volunteer professors from leading universities around the world. Its President’s Council, chaired by New York University president John Sexton, includes the vice-chancellor emeritus of Oxford University, a former U.S. undersecretary of education and a chancellor from University of California, Berkeley.

The high quality of the education is very compelling. It’s as if the world’s best universities are volunteering to teach the world’s most eager students.
Author and lecturer John Gerzema

It is supported by the Gates Foundation, Carnegie Corp. and numerous companies such as Google, Microsoft, Hewlett-Packard and Estée Lauder. An agreement in place with NYU allows admission to UoPeople graduates to further their education, while a Kenyan graduate applying to a master’s degree program was recently accepted by both Carnegie Mellon University – among the world’s top 50 universities – and the University of Nairobi, one of the top 10 in Africa.

“The high quality of the education is very compelling. It’s as if the world’s best universities are volunteering to teach the world’s most eager students,” says John Gerzema, a New York Times best-selling author and lecturer at the Columbia and MIT/Sloan business schools who also sits on the business administration advisory board at UoPeople.

“It’s a miracle only the Internet and the love of teaching can provide,” Mr. Gerzema says. “In many ways, UoPeople students are like startups. They are entrepreneurial, resourceful and particularly ambitious. Many come from challenging life circumstances. So I feel a degree here is worth more, in that these students have already demonstrated a very high level of self-motivation and discipline with a lot of drive and promise to succeed.

“Our graduates have a unique global perspective and are accustomed to working in international teams, which means they do not need to be micromanaged. In today’s open, social, interconnected economy, these students are at the forefront of modern collaborative business models – these are very valuable qualities.”

Students are graded by professors on the basis of written assignments, quizzes and proctored exams with enforced time limits, and must maintain a grade point average of 2.0 to continue in the program. In virtual classes of 30, students from countries as far-flung as Kazakhstan and Burkina Faso provide insights, give feedback on each other’s work and regularly message each other.

In addition to the content of the program, the way in which it is delivered allows Ms. Baban to develop time management skills as well as computer literacy, and to also believe in herself and her potential.

Like many of her colleagues, Ms. Baban says she’s grateful for an opportunity she would have been otherwise unable to afford, and wants to pay it forward in a larger way.

“Maybe this will sound ridiculous,” she says. “I really see myself helping others in some sort of humanitarian way in the future. I haven’t figured out all the details yet. But I don’t want to pass through this life to find that all these hardships have been for nothing.”

Mr. Reshef says many UoPeople students express a desire to give back to society in some form after they graduate.

“Many of our students are refugees, the survivors of genocides, have walked thousands of miles in the desert, and now we’re helping them rebuild their lives. What could possibly be more rewarding than that?”