When the global recession hit in 2008, Winnipeg-based bus manufacturer New Flyer Industries Inc. was already up against the wall. Exports to government buyers in the United States, their largest revenue component, had been hit hard by a high Canadian dollar, and by government spending restraints. Also, productivity had been hampered by a 17.8-per-cent turnover rate, a high incidence of workers' compensation claims, and a strike in 2006.

New Flyer had pursued a series of financial options over the previous seven years, including two private equity flips, an initial public offering and three secondary offerings, but remained on shaky ground. With the clock running out, senior management saw that the only way forward was a radical restructuring of the operational side of the business.

"We realized we would have to take on our ability to compete, respond, react and so forth," says Paul Soubry, president and chief executive officer of New Flyer. "We didn't have a choice."

Mr. Soubry's previous employer, former GE subsidiary StandardAero, had had considerable success in improving its operations with a business-management program called Lean Six Sigma. He and the rest of management, having also experimented with the methodology, decided this was the best option for New Flyer.

Lean Six Sigma helps improve bottom lines by essentially allowing companies to do more with less. The term represents two distinct operational approaches. Six Sigma, made famous by former GE CEO Jack Welch, is a statistical measurement discipline that helps identify and eliminate defects, and establish tight control over processes. Lean, pioneered by Toyota in the 1950s, provides a road map for a large-scale cultural transformation that empowers front-line workers to design and implement measures that improve speed and quality, and reduce costs.

"Lean is all about elimination of waste, and driving value to the organization," says David Evans, a chartered accountant and partner at KPMG LLP. Waste in this context includes any effort or outlay that doesn't contribute directly to the value that the customer receives. The purchaser of a bus, for example, will willingly pay for the installation of a rear-view mirror, but not for a technician to walk across the plant looking for a screwdriver.

Extra steps, idle workers waiting for parts, messy work and storage areas, and stacks of parts and inventory are all identified as waste and aggressively targeted. Eliminating these on a large scale affects big-picture indicators such as lead times, inventory, productivity, warehouse space and material costs.

This incremental approach takes time. "It takes five years for the average organization to create a Lean culture," says Roderick Morgan, an expert in Lean Six Sigma at the York University's Schulich School of Business. "It's not an overnight transformation."

The potential payoff, however, provides a strong motive for staying the course.

"Companies that really take Lean to heart can achieve twice as much output for the same resources," says Ian Marshall, "Lean champion" with Canadian Manufacturers and Exporters.

Senior managers at New Flyer were well aware of this when they announced their plans to the company's 2,200 employees in late 2008. "Immediately, there was a lot of skepticism," says Wayne Joseph, executive vice-president of operations at New Flyer. "It was, 'Okay, here's the new flavour of the month.'"

Persistence and quick action paid off. Management implemented measures that had an immediate impact on the visual environment. Using 5S, a Lean tool for creating an orderly workplace, storage areas were cleaned up, clutter was removed from work areas, tools and supplies were made readily available, and perhaps most important, a team culture began to evolve. "Every time we did a 5S event we had the employees that worked in that area involved," says Rob Marion, director of manufacturing engineering. "That really engaged the work force."

The teams progressed from 5S to more advanced methods that transformed their processes on a larger scale. Within three years, all three central warehouses had been eliminated, parts were placed at point of use, and assembly had been streamlined. Workers were walking and waiting less and had their tools and materials close to hand.

Employee satisfaction numbers are also improving. Workers' compensation claims are down 85 per cent, and 60 per cent of employees now say they would recommend New Flyer as a "great place to work," up from 47 per cent.

New Flyer isn't out of the woods yet. With a U.S. election pending, government spending south of the border is far from assured. Still, their progress has given them reason for optimism.

"We've got a long way to go yet [with Lean Six Sigma]," says Mr. Soubry, "but it's sure been gratifying. Once you get on the treadmill you want to turn it faster, and faster."

The MBA schools that made the sustainability ranking 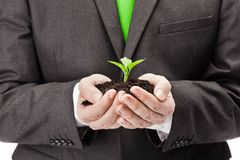 ‘If you build it right, they will come:’ Queen’s B-school architect 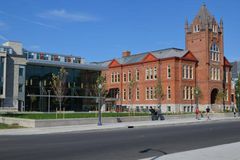 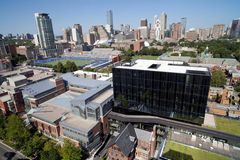 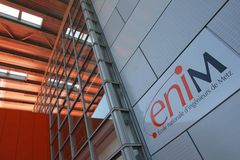 The benefits of teaching case studies in Africa 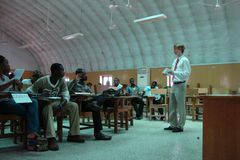