Research conducted by a York University business professor sheds new light on the use of forced labour, how it continues to thrive and what can be done to prevent it.

The report was commissioned by the Joseph Rowntree Foundation, a British-based non-profit organization, and co-authored by Andrew Crane, professor of business ethics and director of the Centre of Excellence in Responsible Business at York University's Schulich School of Business in Toronto. The study provides an analysis of the underlying business models of forced labour and explains how money is made from the practice. It looks at the use of forced labour in three industries: food and agriculture, construction and cannabis grow-ops. Although the report is based on research conducted in Britain, Dr. Crane said its findings and recommendations are instructive for Canada, as well.

One of the surprising findings, according to Dr. Crane, was how businesses profit from the use of forced labour. As expected, some use it to reduce labour costs. But some enterprises also use it as a means to generate revenue. The researchers describe how unscrupulous temp agencies and other recruiters make money by confiscating travel documents from clients, who are often migrant workers, and by charging them exorbitant fees for housing, food, travel and other expenses. The agencies then charge high interest rates on the debts the workers incur. In this way, they managed to generate "huge amounts of revenue" even before putting the labourers to work, Dr. Crane explained.

In the cannabis trade, which in Britain is largely controlled by Vietnamese crime gangs, forced labour provides ring leaders with protection from law enforcement agencies. In some cases the gangs bring Vietnamese children into Britain to care for the pot plants. If a grow-op is raided, the children usually can't provide police with much information because of their lack of knowledge and the language barrier. Nor can they be prosecuted because they are minors.

Dr. Crane said it's important to understand how forced labour is used in legitimate and illegitimate enterprises because "only by understanding the business of it can we really hope to prevent it from happening."

He said forced labour is likely used in similar ways and industries in Canada, particularly in sectors with a high demand for manual labour and tight deadlines such as agriculture and construction. Canada's controversial Temporary Foreign Worker Program can create conditions that facilitate worker exploitation, he added. Workers who come to Canada through the program are tied to an employer and can't easily find alternate employment even if their working conditions are substandard. The federal government recently announced changes to the program, allowing government officials to conduct workplace inspections and to interview foreign workers about their work conditions, among other things.

On the other hand, Canada has "a very impressive" plan to combat human trafficking introduced in 2012 that gives law enforcement agencies the tools to crack down on forced labour, he said. What's required is more effective licensing of labour providers and regulation of industries where forced labour is likely to thrive, he added. A proposed Ontario law that would prohibit employers and recruiters from charging workers recruitment fees and from seizing personal documents is a step in the right direction, he said.

The other researchers, all Canadian, include Laya Behbahani, a graduate student at Simon Fraser University's school of criminology in Burnaby, B.C.; Jean Allain, a law professor at Queen's University in Belfast; and Genevieve LeBaron, professor at the University of Sheffield's department of politics in Sheffield, England. The report was published online by the Joseph Rowntree Foundation in November, 2013.

For some consumers, whether using a tablet or a traditional computer with a keyboard and mouse could have a significant impact on their online shopping habits, according to a study conducted by researchers at HEC Montréal's Tech3Lab. Using a touch-screen tablet or computer involves a part of the brain associated with multisensory experiences and can lead to better memory recall than using a mouse when navigating a website, the study found.

In the first part of the experiment, 30 participants were randomly assigned to either a touch screen computer device or one with a mouse. They were shown 14 pairs of consumer products such as suitcases and refrigerators. Using either the touch screen or mouse, they were asked to explore the website and select one of each pair of products based on personal preference by either touching or clicking on the product logo.

Then they were asked to complete a product recognition task while wearing an EEG cap, a device that measures electrical brain activity, so researchers could assess which parts of the brain were activated while they performed the task. For this part of the experiment, participants were shown a set of brand names and logos, some of which they had previously seen in the product-choice task.

Participants who used a touch screen recognized more of the brands and logos they had previously encountered than those using a mouse. This was particularly true of participants with a "high need for touch," said Sylvain Sénécal, marketing professor at HEC and co-director of the Tech3Lab. These are consumers who need to physically touch and examine a product before they purchase it. They are also less likely to shop online.

"The message here is that touch devices are quite effective in branding efforts," Dr. Sénécal said. For a newspaper or magazine, this could mean that advertising space accessed through a tablet or smartphone may be more valuable than that accessed through a website. The results could have implications for teaching and learning as well, he added. The study was presented in December at the International Conference on Information Systems held in Milan, Italy. It has also been submitted for publication.

Pensions behind the times

Canada's pension and retirement plans haven't kept pace with rising life expectancy and other societal changes and should be overhauled, according to Rosemary Venne, associate professor at the University of Saskatchewan's Edwards School of Business in Saskatoon, and David Foot, professor emeritus of economics at the University of Toronto.

Life expectancy rose sharply to an average age of 81 years in 2006 from 67 in 1951. At the same time, Canadians are spending more time in university and college, entering the work force later in life and retiring earlier, the study found. In 2006, the average Canadian spent 23.4 years in retirement compared to 16.4 years in 1976, putting increasing strain on pension plans. In Europe, flexible retirement schemes that allow citizens to work part-time while partially drawing a pension have been successful and should be adopted in Canada, it argues.

The findings were recently republished in a research brief by the Centre for Population, Aging and Health at the University of Western Ontario in London, Ont. The brief was based on a longer study conducted by Dr. Venne and Dr. Foot originally published in 2011. 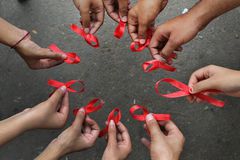 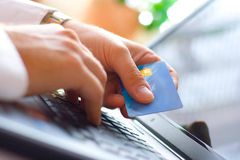 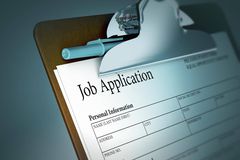 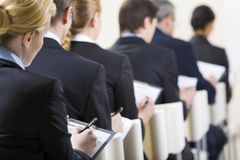 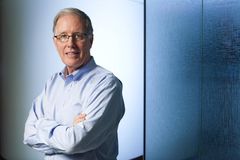 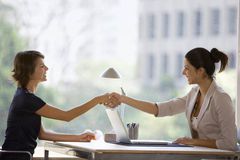